The greatest surprise about Taylor Swift‘s eighth full-length is not its musical content or the fact that its puts her songwriting talent in the foreground – it’s the fact that now even the world’s biggest consensus pop star finally left the familiar release strategy patterns by surprisingly dropping a record without a warning. Rule-breaking is Taylor’s favourite new thing to do. The last years saw Swift transforming from a redundant pop star to an important opinion-leader that finally managed to free herself and her art from the chains of the American entertainment industry. Yes, I know, it’s a clever “propaganda” tool but I can strongly recommend to watch this year’s Netflix documentary Miss Americana which really documents that process in a very intense way. Over the past four years Taylor Swift transformed herself from the sweetheart of mainstream (and also conservative) America to a stubborn and – well, independent artist – who isn’t afraid to speak her mind, support the LGBTQ  community, feminist positions and stand up against the bullshit Donald Trump and some of her former supporters verbalize. She left the golden cage and folklore is a consequent result of that and the pandemic crisis of 2020 probably only accelerated the production of an album which might have been inevitable in her artistic progress.

So, yes, you heard the names. Aaron Dessner of The National produced the majority of the record and worked with Taylor in remote, Bon Iver‘s Justin Vernon shows up for a duet, Aaron’s brother Bryce Dessner also did some string work, Josh Kaufman is on board and maybe there’s also an uncreditet Sufjan Stevens cameo somewhere in here. So, all the white indie/folk dudes you worship are now officially “Swifties” and the world is turned upside down at after all. “She is one of the most talented, hardworking and deeply caring artists I’ve ever encountered,” says Dessner in a statement about the record while simultaneously worshipping her talent and working ethos on many levels. They both managed to create a creative momentum as he said – and doing that in lockdown without actually being in the same room together means quite a lot. Most of the work on folklore wasn’t done in a traditional ‘everybody together in one studio’-way and that puts the whole quality aspect of the ‘quarantine album’ concept on a different level (no offence, Charli XCX). Still, don’t let the credits fool you – folklore isn’t an edgy indie/folk album, Taylor Swift is not the new Phoebe Bridgers. It’s unapologetically pop but in a more decent and coherent way than any of her albums before. 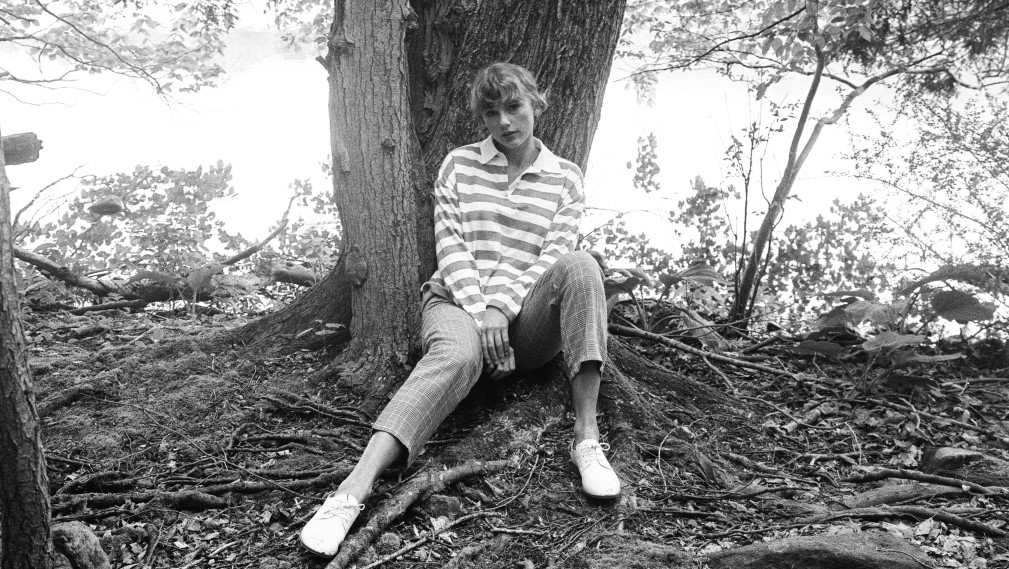 Taylor Swift has always been a really good songwriter and lyricist. She actually got better over the years, now that she slowly stopped giving any fucks (well, including curse words). People tend to oversee that because of all the pop, gossip and that just mentioned “sweetheart” background. And maybe because due to the fact that her songwriting isn’t based on a traditional folk background. She wasn’t influenced by Bob Dylan or Bill Callahan but by pop musicians like Alanis Morissette or Shania Twain who’ve always written music in a “verse-chorus-verse-chorus”-way. Over the years Taylor and longtime collaboraor Jack Antonoff (who also took care of a few tracks on folklore) perfected that formula and adapted it on many genres. Pop was obviously the most popular form here, her adventures into R&B and black music territory have been a bit tricky so she tried out other forms. On last year’s Lover record she even headed for 1980s synthpop territory. The message was pretty clear – put me in any musical corset, I can deal with it. And in many ways, folklore underlines that thesis but Swift, Dessner and Antonoff managed to do something that was lacking on her last albums (and something that always easily bored me about her releases) – a cohesive musical sound, one that unites her solid songwriting with a musical setting that’s not trying to be everything this time but one specific thing instead. The result is a moody piece of piano-driven songwriter pop with a few of those – if you like to label them that way – precious ‘indie’ moments. Tracks like the last great american dynasty really sound like a slightly more accessible update of the sound the Dessner’s already delivered on last year’s really great I Am Easy To Find record by The National (which was actually NOTHING BUT HOPE AND PASSION‘s favourite album of 2019).

The rules are being rewritten 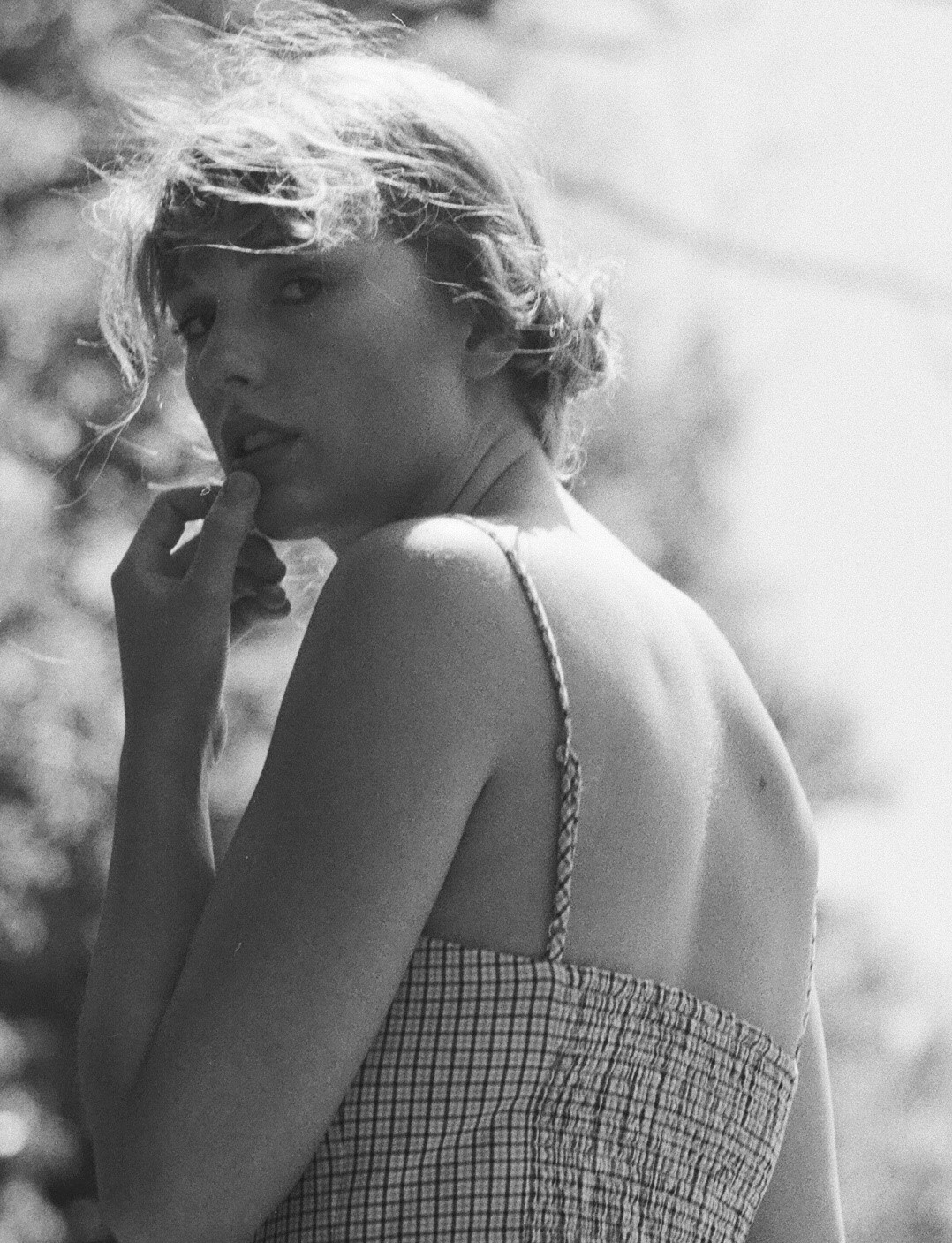 That’s the strength of that sound. On the surface they might appear like charming pop melodies but there’s a lot happening musically. this is me trying got a pretty impressive finale with all those mesmerizing strings and synthesizer activities that are happening in the background while Swift’s voice gets lost in the haze of a lot of reverb. invisible string also got a lot of musical complexity happening in the background, simply because you suddenly realize that most of the rhythmic and percussive elements where played by real instruments. And while there’s still plenty of partly unnecessary pop moments on folklore the setting of this special album also allowed Swift to move beyond that persona in many moments. The reverbed mirrorball isn’t far from a song Sharon Van Etten would record, the hauntingly beautiful epiphany would have totally worked on I Am Easy To Find. I mean, there’s a freakin’ harmonica happening on the song betty? And yes, the duet with Bon Iver mastermind Justin Vernon – exile – is pretty wonderful, especially since it gives Vernon a chance to finally act in a traditional environment without any autotune or experiments. It’s better than many tracks on i,i and I mean that seriously. It’s okay to confront Taylor Swift‘s indie-folk debut with scepticism and it might take a few spins to move beyond a certain amount of denial but once you free yourself from all the circumstances of this record you will discover some truly beautiful music on it.

Maybe a totally edgy, political and fragile raw acoustic record is next which might even see Taylor Swift‘s perfect voice crack more than once (something that is only hinted at on folklore) is next on the horizon for the artist which has now officially become unpredictable. Once again, I strongly recommend to do some ‘Netflix & Chill” with Miss Americana to understand her background, her struggle and the fact that she’s got a lot of artistic (and personal) catching-up to do after losing years inside the golden cage. folklore is not a masterpiece, but it’s impressive exclamation mark of a restless artist who just started an important new chapter in her career. In an interview with Zane Lowe Aaron Dessner set the rules don’t apply anymore anyway in the age of Corona and especially in a country that’s currently falling apart. The future is uncertain and that leaves space for something new which we could all use right now, right?