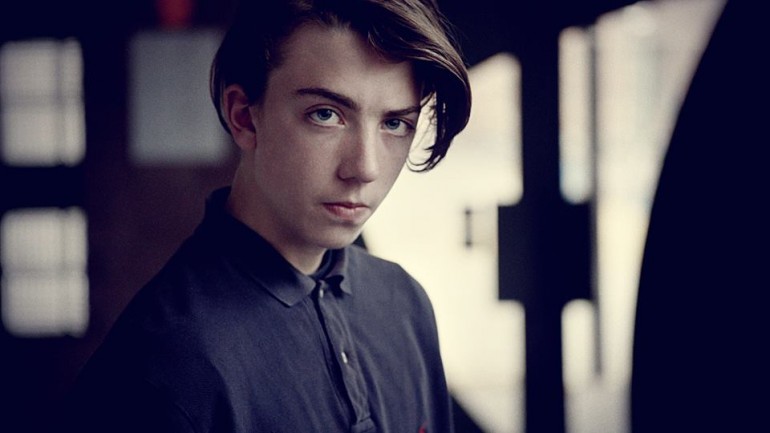 Believe it or not, it’s been over two years since beloved American wave pop outfit CHROMATICS first announced Dear Tommy, the follow-up to their acclaimed 2012 record Kill For Love. Plenty of songs have been released yet from it (wonderful ones like Just Like You and I Can Never Be Myself When You’re Around), including the title-track recently but the album is still not out yet.

And it looks like we have to wait a bit longer as CHROMATICS mastermind Johnny Jewel will first release his score of the film Home (digitally out via his label Italians Do It Better on October 14th). The film itself will arrive to cinemas in January. The score itself will also feature new and unreleased tracks from CHROMATICS and Jewel’s other band SYMMETRY as well as original music. One of the new songs, Magazine, now comes with a video produced by Home director Fien Troch and comprised of scenes from her film.

‘I’ve always been drawn to Johnny’s music, as it is reckless and physical. His music is an emotional roller coaster. Every time I see scenes of my film with Johnny’s music on, everything I’ve done and worked for is lifted to another level. It’s an overwhelming feeling. Music in films is often pushing you to where you reject what you see. It is often obvious or illustrative, causing the desired symbiosis of picture and sound to dry out and die off. But Johnny is extremely strong in translating the narrative of the film, and the emotions that come along with it, into a new lyrical universe. The melodic grammar he uses becomes both a counterpart and ally of everything that’s happening on the screen. There’s moments of perfect harmony, friction and support. Once this marriage is inaugurated there is no way back for the film, and it can no longer exist without Johnny’s music.’

UPDATE 06/10/16: The entire score of the Home soundtrack, including several new songs by CHROMATICS is now available for full stream below.