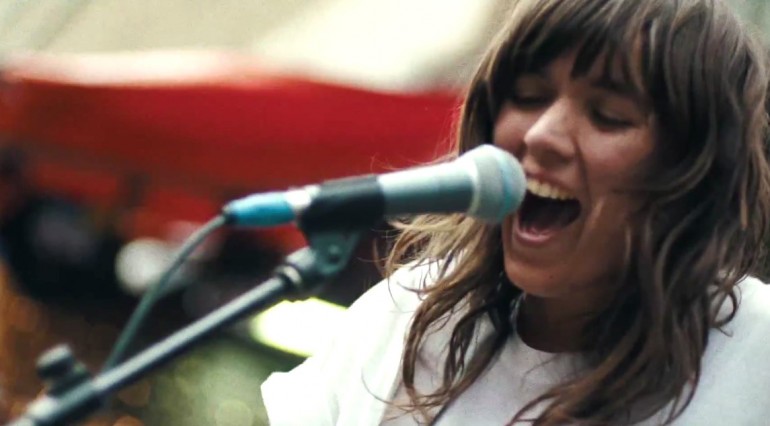 Our favourite new Australian indie rock queen, Mrs. COURTNEY BARNETT, presents a music video for her tune Nobody Really Cares If You Don’t Go To The Party. The entertaining track is taken off this year’s debut LP Sometimes I Sit and Think, And Sometimes I Just Sit about which NOTHING BUT HOPE AND PASSION also talked with her earlier this year. In our interview she describes the song in the following words:

Everyone goes through kind of a fear of missing out if you don’t go to something – the fear that you’re not involved. I am more one of the making-an-excuse-to-not-go-out-person. Sometimes, the next day I actually have the feeling I missed something, but whatever. I like my own time. I like house partys – a couple of good friends, dinner and board games. Maybe getting drunk as well. That’s fun. I don’t like meeting lots of people that I don’t know, it makes me nervous.

We also present the forthcoming new tourdates by COURTNEY BARNETT in Germany. Find them below the music video which sees the artist and her band performing the track on the streets of London.