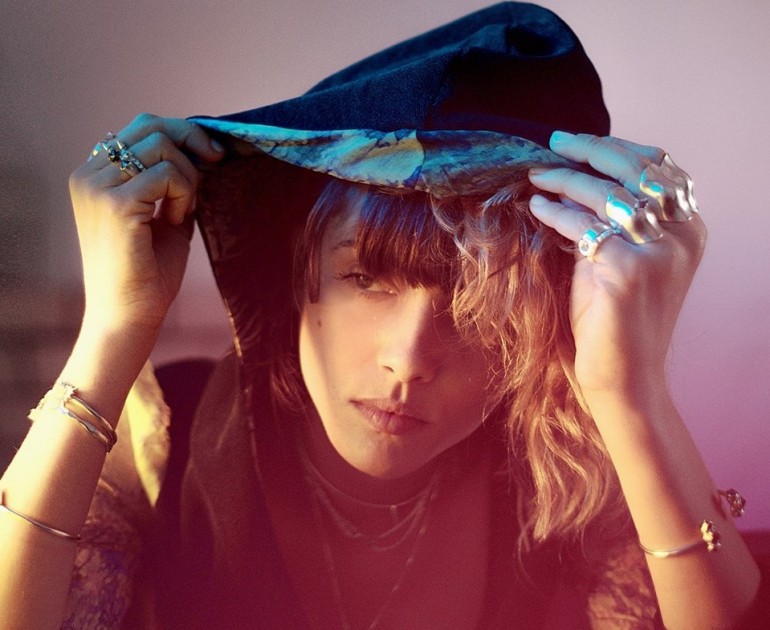 Being one of the latest signings to City Slang, Tel Aviv-based producer, songwriter, and singer NOGA EREZ follows the footsteps of M.I.A. as she mixes pop and politics in a way that is both – fearless and quite catchy. Following her previously released single Dance While You Shoot she now unleashed the grooving Pity as a second teaser off her debut LP.

As often in her music NOGA EREZ got an important message to share and this track and its video are heavily influenced by a ‘sexual assault case that happened a few years ago,’ as the singer explains in the press statement. She furthermore states why she picked the setting with the cameras for the Pity clip:

‘What made it even more alarming and upsetting for me was the fact that it was documented by several different people who were there when it happened. People stood by and willingly chose to film on their smartphones and then upload the videos and share them online. The presence of cameras and the violation of the victim’s rights and respect was completely disregarded beyond measure.’

The debut LP by the talented young lady goes by the name Off The Radar and arrives on June the 2nd. We expect even more buzzing in the next months with forthcoming performances at SXSW, The Great Escape and Primavera already confirmed. Needless to say the world needs more artists like her.