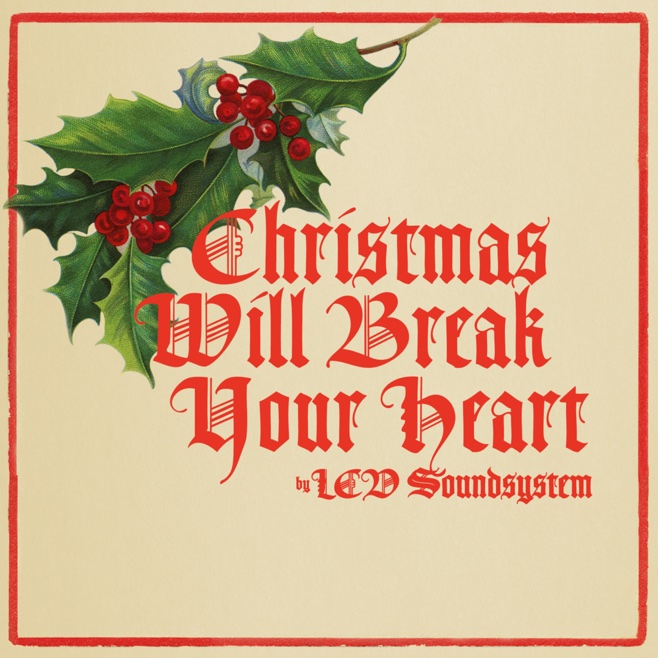 Here comes another Christmas miracle. Although LCD SOUNDSYSTEM officially parted ways back in 2011 mastermind James Murphy has now shared new music in the form of Christmas Will Break Your Heart, the project’s first new song in five years.

According to Murphy he’s been singing this depressive song to himself for the past eight years and finally found time to record it this year. Read his full statement below

so, there’s been this depressing christmas song i’d been singing to myself for the past 8 years, and every year i wouldn’t remember that i wanted to make it until december, which is just too late to actually record and release a christmas song… but this year, al doyle had a short break between hot chip tours where he could be in nyc, and pat and nancy were home, and tyler agreed to fly out from berlin for a few days, so we all recorded this together, reserved a pressing plant slot, and our friend bob weston was available to master it quickly—so that means, less than 2 weeks after we recorded it, there is actually a christmas 7″, which feels like something that could only have happened a very, very long time ago.

anyway, for the holidays we give you the previous, very long run-on sentence, and this song: “christmas will break your heart”, which is another one of those songs which had about 75 lines of lyrics, though we’ve knocked down to 8 to keep the suicide rate in check.
have fun!

We don’t know if this actually mark a first step in the comeback plans of LCD SOUNDSYSTEM but we just enjoy it for now right here.