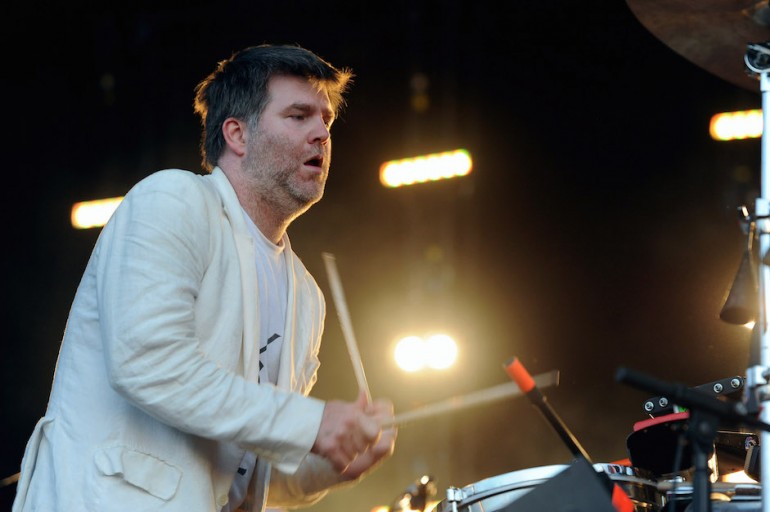 Apparantly last week’s Christmas single by LCD SOUNDSYSTEM, their first new song in five years, wasn’t a coincidence. As various media sources these days report it looks like James Murphy will reactivate his band for a series of live shows. It would mark the band’s first live appearances since their two ‘final’ shows at New York’s Madison Square Garden back in 2010. Although those shows were supposed to be the end of LCD SOUNDSYSTEM back then, Murphy himself wasn’t so sure about it either as Pitchfork points out by quoting him with the following words:

It’s not like some big, dramatic ending– we’ve talked about if in five years we’d want to play again we’d do it. It’s all just gotten bigger than I planned or wanted. Not that I’m against it but I don’t want to get bigger. What’s the goal now– get fucking huge? I don’t want to be a famous person. It’s fucking great where we are. I get on an airplane and nobody has any idea who I am. I just want to do other stuff.

Billboard already reported last week about a potential headliner slot by the band at the new NYC festival ‘Panorama.’ Now, the New York Times also reports that Murphy and his gang will headline Coachella 2016, right next to the previously rumoured GUNS N’ ROSES reunion. There’s no official confirmation yet but the official Coachella line-up will be revealed in early January anyway so it might be just a matter of days. Until then read this year’s special about the band’s debut album and enjoy a classic below.