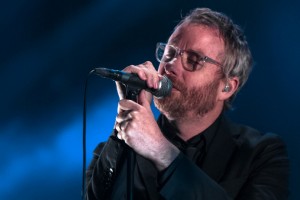 THE NATIONAL frontman Matt Berninger teamed up with THE CIVIL WARS‘ Joy Williams. To two of them sing the theme song Hush of the new AMC period drama Turn about a group of spies operating during the Revolutionary War.

Berninger’s band THE NATIONAL has also contributed music to the drama series Boardwalk Empire and to the animated sitcom Bob’s Burgers.