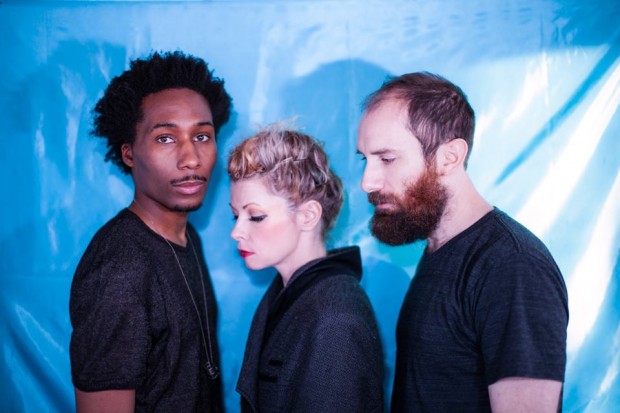 Good news for those who are waiting for new material by WE HAVE BAND. The British indietronic trio is about to release follow-up material to last year’s album Movements in the form of a new EP called The Woods. More information on the release is expected to appear soon but you can already check out a teaser right here.

New solo material by PETER DOHERTY. The charismatic LIBERTINES singer released a heart-wrenching tribute to his former friend, the late AMY WINEHOUSE. The song is called Flags Of The Old Regime and it will be released on March the 9th March via Walk Tall Recordings with all proceeds going directly to the ‘Amy Winehouse Foundation.’ You can watch the gentle black-and-white music video right here.

This week will be quite a stressful one for ARCADE FIRE‘s WILL BUTLER. Ahead of the release of his solo debut Policy the charismatic musician plans to record one song on each day, based on news stories published on the homepage of The Guardian Why? Because he can and it’s a little tribute to BOB DYLAN who used to do that in his early days as well. Monday is almost over and we have no sign of a song yet. But we’ll keep you updated in the next days.

The almighty ALT-J have a new music video for Pusher, the latest gentle single off their second album This Is All Yours. The idea for it comes from the band’s very own Joe Newman and director Thomas Rhazi. It’s inspired by the British Speaker’s Corners from the 1970s and it ends with a twist… well, literally. Watch it right here.

While we still wait for the second NICOLAS JAAR album the crafted producer now surprises his fans with the surprise release of a soundtrack to the 1969 Armenian film The Color Of Pomegranates. The movie was directed by Sergei Parajanov and it is a biography about the Armenian poet Sayat Nova. You can listen to JAAR’s reinterpretation right here:

Good news for all FOUR TET fans. As mastermind Kieren Hebden now confirmed via Twitter his ‘new album is done.’ Whatever the hell that means. But it looks like we don’t have to wait that much longer for the follow-up to his 2013 record Beautiful Rewind. We’re expecting more news on this soon.

As reported before SURFER BLOOD will release their new album 1000 Palms on May 11. Now, the wave rockers shared a new piece from it in the form of Dorian. And it’s quite an impressive one. You don’t believe us? Check it out right here.

JAMIE T‘s latest album Carry On The Grudge was released back in October but it looks like the British lad isn’t in the mood for having another five-year-long break following that record. The singer will unleash a new EP called Magnolia Melancholia on April the 6th, featuring Don’t You Find from the album and three previously unreleased songs as a bonus. Now, ain’t that sweet?

If you ever wondered how expensive a potential OASIS reunion would be… half a billion! We don’t know if dollars or pounds but that is the amount of money NOEL GALLAGHER would take as he just told Vulture magazine. Time for a crowdfunding campaign, right? In the wake of his second solo LP Chasing Yesterday (out next week) there really seems to be no need. One tiny bit of actual news… 2016 will see the re-release of OASIS‘ third studio album Be Here Now.