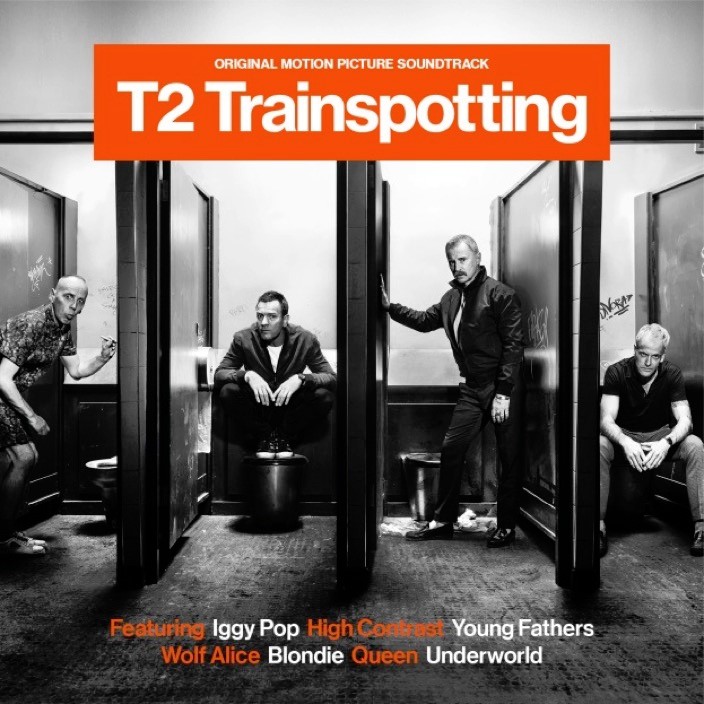 As you might know next month will see the return of the iconic 1996 Trainspotting franchise as director Danny Boyle and returning cast members like Ewan McGregor and Ewen Bremner gear up for the sequel T2. And since the original soundtrack was quite iconic the follow-up provides a diverse selection as well. Most notably it will feature a PRODIGY rework of the legendary Lust For Life by IGGY POP as well as an alternative version to the mighty UNDERWORLD hit Born Slippy. Nuxx, simply titled Slow Slippy. Further acts featured on the soundtrack are YOUNG FATHERS, THE CLASH and WOLF ALICE who are also prominently featured in the trailer.

Take a look at the tracklist and the T2 Trainspotting trailer for now before the movie hits cinemas on February the 3rd. A first song off the new soundtrack arrives via YOUNG FATHERS‘ track Only God Knows which director Danny Boyle describes as the ‘heartbeat for the film’ and the legitimate sequel to Born Slippy. Listen to the pumping tune below. And don’t forget to shout ‘Lager, Lager…’, kids!