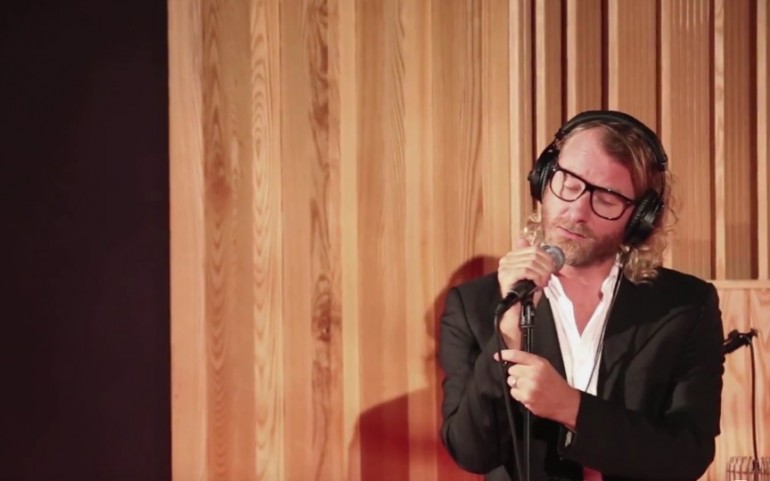 EL VY, the side-project by THE NATIONAL‘s Matt Berninger and Brent Knopf of MENOMENA and RAMONA FALLS, have shared more material from their upcoming debut album Return To The Moon. The tender piano ballad No Time To Crank The Sun was recently performed during a session at Studio Brussels and sounds way different than the previously released title-track and the dirty I’m The Man To Be. The full EL VY album arrives on October 30 via 4AD. Witness Berninger and Knopf in action right here.