There was a brief chance this could have either turned into a total triumph or a horrible disaster but evermore, Taylor Swift’s second album within a few months, is neither one thing nor the other. It comfortably places itself right in the middle; it simply exists for the sake of existing as what it was meant to be: the sister album to folklore. So, yeah, we can skip the intro here, obviously, because I told the story of ‘Taylor Swift turns indie’ earlier this summer and ever since that surprising summer release the eighth studio album from the American songwriter received good critics, various award nominations, ended up being the first album by her in NBHAP’s end of the year list and provided some really wonderful songs like the Bon Iver duet exile. It recently sparked a Disney+ special, a session album and could have been exactly that and remained a chapter of its own. But since 2020 isn’t your usual year it didn’t. “We just couldn’t stop writing songs,” writes Swift in the announcement of evermore and yeah, you can’t blame her for that attitude and from what I learned so far she really is a quick songwriter and it’s not entirely unusual to come out of a session with over thirty tracks. The question however remains whether they should all be released.

Look, I get it. It’s totally fine to have evermore out to comfort us all in the cold and bleak lockdown winter of 2020. I’m also pretty sure they would have kept in the closet if folklore turned out to be a flop although I still can’t imagine a universe where this would have been the case. Taylor Swift has a tendency to overdue things on her albums. On the previous pop ones she tends to experiment with plenty of genres and puts rather a song more on her albums than one less. That was already the problem of folklore which had 16 songs (plus a bonus track) while it would’ve have worked better with only 11 of you ask me. evermore now arrives with 15 songs (and two bonus tracks) and suffers the same problem. Additionally it also suffers from the problem most of these sibling releases have – it simply features the weaker material. That happens naturally over the course of a session, you tend to put a little more effort into the first one, subconsciously picking the stronger songs for it. In the press release Swift puts the intentions for the continued sessions in the poetic words: “We were standing on the edge of the folklorian woods and had a choice: to turn back or to travel further into the forest of the music.”

And that’s where I’m actually disappointed.

evermore could have been exactly that trip further down the rabbit hole, taking progressive and even braver twists than folklore which already saw a few hints (like the dreamy shoegaze vibe on the song mirrorball). It could have been the odd, twisted and rawer sister but in the end it’s simply ‘folklore reloaded’ … or ‘folklore exploited’ if you’d like to use more harsh words.

Swift’s teaming up with Jack Antonoff and Aaron Dessner of The National still works pretty good but the limitations of their sound are now visible everywhere. While the sheer existence of folklore was a surprise on many levels, evermore is clearly lacking of that element of surprise. The songs might be a bit less obvious pop gems then on its predecessor but they still follow the similar patterns, themes and melodies. You know how the next song will sound before it starts. Even Matt Berninger’s overdue feature spot on coney island becomes predictable. Taylor Swift got a precise understanding of the artistic environment in which she operates, her songwriting sticks within the pop cosmos, that’s something I already noticed on folklore. Any detour towards other territory feels impossible by now. What people like Dessner and Antonoff and Bon Iver’s Justin Vernon did is simply giving it a different sound cosmos. So, yeah they might include a few percussive and electronic experiments in the background (just check the track closure towards the end of the album) but they remain a random element as piano and voice in the foreground stick to the formula of the past thirty songs. And don’t get me started on the mostly relationship-focussed lyrics. The themes of the songs also start to blend into each other.

You can’t teach and old dog new tricks and obviously you can’t expect Taylor Swift to get out of her skin. evermore is not Punisher and Swift is not Phoebe Bridgers and she never be. I could never imagine her breaking out of character like on I Know The End, NBHAP’s favourite song of 2020. Can you imagine Swift shouting, screaming and looking into the abyss? For a few hours, following the announcement of evermore, I thought this would actually happen in some form.

So, yeah, she travelled further into the forest but was also really keen on sticking to the path, not looking left and right, in order to safely get out of the woods a few minutes later. That doesn’t make evermore a bad album; it just makes it a bit pointless to me. 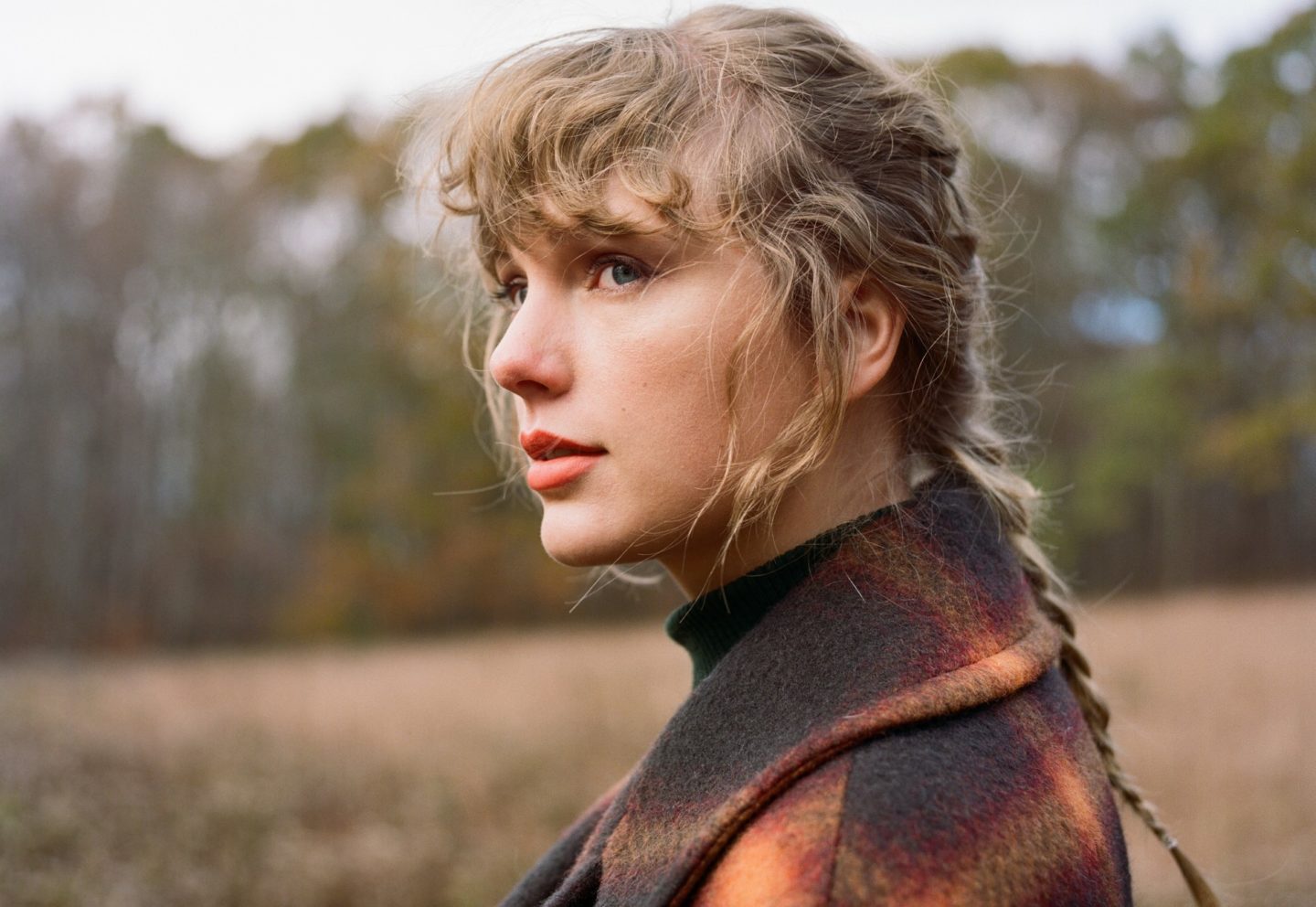 I always questioned the concept of double albums as I simply never experienced any good ones. They are often too overloaded and it harms the enjoyment of the music and songs to have too much of it. And yeah, although they are separated in terms of release I now consider folklore and evermore as a double album, in some way. I can only imagine how much better that whole project would have been if all involved parties decided to simply put the best 12 to 14 songs from both records into one album experience in the first place. It’s okay to not put out anything at once. “More of the same product” is a beloved concept in capitalism. Swift knows that, she’s a ‘brand’ and that Disney+ feature was just another example of it. I understand Taylor’s new found freedom to simply to such things she’s never done before and I’m in no position to judge that but even though it was not intended an album like evermore is indirectly harming folklore and the whole project which was crafted with the best intentions.

In many ways evermore is a symbol for us all at the end of this wicked year. Not only due to its more introverted note than on folklore but also since it’s the result of Swift’s personal lockdown. It was her way of coping with it all just as we all found our own ways of coping with the pandemic world. So, some of us might turned into excessive sport junkies, became yoga professionals, baked bread, learned a new language, became work addicts or simply dwell in our own depression – Taylor Swift recorded new music. And if you put it that way it’s actually okay to have this album, although it simply offers to much ot the same formula. Nobody is forced to listen to it. Hey, maybe I might even find time to compile folklomore, the essential best-of between these two records to make my peace with it. The year has been too exhausting to continue complaining right here. So, this record review might appear a bit pointless to you now, right? Well, that seems to be a fitting way of summing up the whole evermore experience after all.