Birgitta Alida isn’t a new name for any readers who have spent time on these pages over the past few years. The Bergen-based musician has previously fronted great bands like Strange Hellos and Lumikide, both of whom we’ve spent plenty of time covering. Now however, the Norwegian star is stepping into a solo career. She released a debut single in 2018, the majestically strutting and swooping pop song Something Real. Now she’s back with a follow-up, and we’e delighted to bring you the first listen to her new one Glory.

Glory is built from a luxurious sonic landscape of organic instrumentation, strings, and gorgeous detail that makes for a song that would sound timeless whether it was recorded in 1965 or today. It’s a slow-burning song, a song that’s not afraid to take its time, noodling along on little basslines and and jabs of guitar, as Alida’s voice takes the music hand-in-hand and walks it to its destination of Glory‘s shining, glorious chorus. It would be easy for her voice to be overshadowed by the golden music swirling around it, but it’s got enough charisma and starpower and conveys emotion so starkly and vividly that it matches it, and it all comes together in a sparkling piece of classic pop music.

We know you already from Strange Hellos and Lumikide, but when and why did you decide to start a solo project?

I have always been making songs, but I never felt like they fitted in any of the projects. In Strange Hellos and Lumikide we often wrote music together or separately. It’s really fun to play in a band, to share a vision and write music together. But I also felt like I had to compromise my own musical preferences. I’ve always wanted to explore my own musical universe, so I began doing it for real three years ago. I went through a lot of changes in my life at that time, and needed to express myself and digest my experiences through songwriting. Also it was necessary for me to be more in charge of a project, and to follow my own aesthetics and songwriting. I showed my tunes to my boyfriend (the bass player in my band) Pablo Tellez and he really liked it. We share the same taste in music and we began writing together. We sent it to his brother, Matias Tellez, who is a great producer and wanted to work with us.

Unlike your work with Strange Hellos and Lumikide, your solo music has a real, old-school, classical pop sound. How did you come up with that sound for this project? What kind of artists influenced you?

Growing up I listened a lot to music from the 60s and 70s, old school, classical pop music like the Beatles, Serge Gainsbourg and the Beach Boys, and also vocalists such as Karen Carpenter and Joni Mitchell. My dad, who has a big interest in music, played the violin and classical piano. He introduced me to his record collection that mostly consisted of classical pop and rock music from the 60s, 70s, and 80s, jazz and classical music. I also played classical piano, and especially liked to play pieces from composers like Debussy and Bach. All this has inspired me both vocally and musically. In this project, my own musical inspirations and preferences shine through more than the other projects. I also like modern bands and artists, like Beach House, Melody’s Echo Chamber, Broadcast and Amy Winehouse.

To get that classical pop sound you have, there’s an awful lot of musical detail going on in these songs, from little touches of strings and piano here and there add a little extra to the songs. What’s your usual songwriting process, how does a Birgitta Alida song get made?

A Birgitta Alida song usually get made by me and Pablo on our couch in our apartment in Bergen, playing the guitar or piano. One of us comes with a melody, some chords or lyrics, and then we make the rest together. We record the demos on our laptop, Pablo programmes the midi-drums and stuff, and I make vocal arrangements and write lyrics while we are recording the vocals. In the demos we lay the foundation of the sound, and then we send it to Matias and he takes it further and adds his magic in his studio. I always wanted to have strings and horns in my music, and Matias is really great at making those kind of arrangements.

‘I want to portray these emotions and contrasts through my music’ 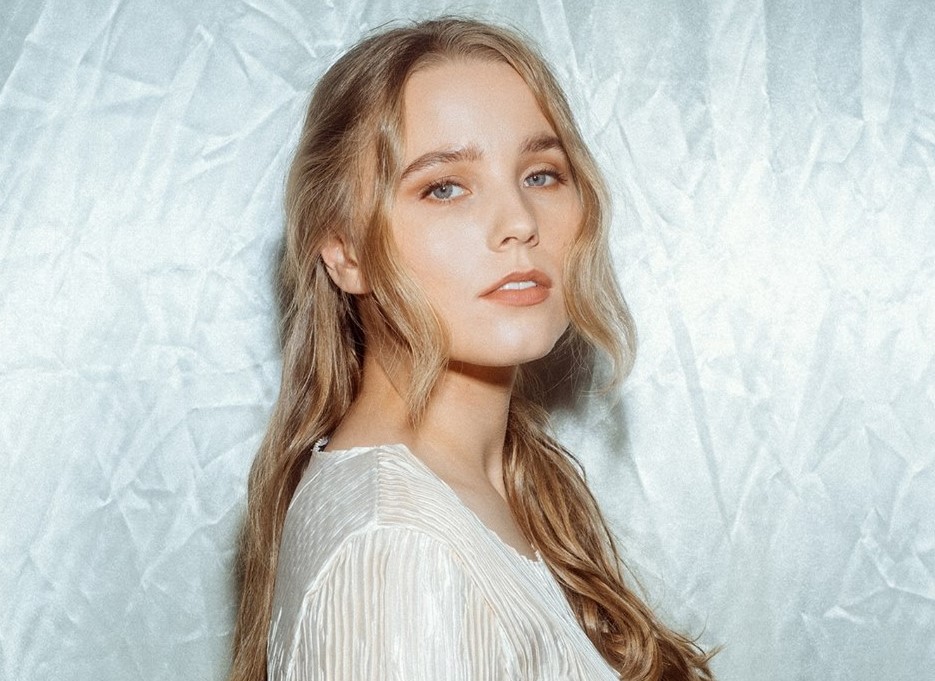 Your new single Glory sees you saying “Glory, I follow you” and asking “are you waiting for me, Glory?”. What does ‘Glory’, this kinda abstract concept, mean to you in this song?

Glory was written one late autumn night, it’s not written about something super concrete, just out of a feeling. Glory can be whatever or whoever people feel it’s like for them. For me I think it could mean many things. Today we get exposed to so much information about everything and everybody through social media and the internet. I think many can feel insufficient and are striving to be noticed and feel valuable. ‘Glory’ can be a light when things seem hopeless, or someone or something you seek to get closer to. It’s written from many different emotions, both excitement and anxiety, and wanting not to be alone and to just be held by someone.

Between this and your debut single, Something Real, it seems a lot of your music is inspired by looking for something bigger and meaningful from life. Would you agree with that?

My lyrics are often about different emotions such as being in love, having heartache, feeling frustrated and confused, and trying to understand my self and others. I think it is important to be honest about sometimes feeling a bit down and anxious as well as feeling good and on top of the world. Which I think many people can relate to. I want to portray these emotions and contrasts through my music. The music is probably, but not deliberately, inspired by looking for something bigger and meaningful from life. The songs are written from different moods and are about the thoughts, feelings and questions I had at the time. So yes, I agree – I might have been, and probably still am, looking for something bigger and meaningful from life.

You’ve got an EP on the way later this year, what can you tell us about that?

The EP will be in the same sound landscape as Something Real and Glory! The sound is gonna be organic, old school but also modern. A lot of strings, some cembalo, piano guitars and energetic drums and bass. We’re currently in the studio finishing the EP and I can’t wait to release it and play it live!

Glory is out on Blanca Records on March 1.