Youth is explosive, it is obsessive, and it is dogged in its search for ideas and experience.”

Bringing a certain amount of light and darkness in a balance and also into a pop context can be a quite difficult challenge. Many tried it, quite a few failed but from time to time there is proof that it can happen. Canadian wave pop band YOUNG GALAXY is such a group who’s constantly seeking for this balance. Although they still seem new to the game, the just released longplayer Ultramarine is already the fourth one in the group’s discography. There is a longing within these songs – YOUNG GALAXY are restless but focussed people it seems, exploring the melancholic depths via joyful and grooving melodies.

Right in time for the release of the record we sat down and talked with lead singer Catherine McCandless about the recording process in Sweden, the struggle with accepting adulthood and how her son Fergus fits into the whole construct.

What makes Ultramarine such an interesting colour for you?
I imagine it to be a changeable colour. We were really after a more impressionistic title than a literal one. It seems to convey all of the experiences we had in Gothenburg while recording there – the seaside town and the feeling of the pop production combined with the darker content. Maybe.

There is a certain melancholic undertone within some songs of the new record. I especially like the way you sing on “New Summer” about the impermanence of things. What’s the story behind the song?
Matt Shapiro (Keys/Guitar) brought the original form of this song to the band  with the working title Shirtless Summer and no lyric aside from the hook, “howl at the moon.”  It just had this melancholy and grandeur about that we had to run with. It needed to feel desperate and sweet all at once. With that idea locked down the apocalyptic lyric just evolved from there, and it informed the tone that the rest of the song should take.

This topic of bittersweet nostalgia when getting older can be also found within many of your previous songs. What fascinates you about the topic?
[one_half last=”no”][/one_half]

Youth is explosive, it is obsessive, and it is dogged in its search for ideas and experience. I think you should harness this feeling your entire life – allow it to evolve and change, yes, but keep searching. Writing, for me, requires this thirst and this gluttony for possibility. But most of the time, we all fall into these patterned, comfortable ruts that we just stay in to give ourselves a rest from the intensity some of the time. But I think that we really feel more awake and present in our lives when we are searching in the dark for what might turn up.

Is there any good way how to deal with the whole ‘Growing-Up’-thing?
I would say: Learn the skill of adaptability. Articulate your change. Mutate into new forms and be at home in your changeability. Take comfort in the particular ways you change and adapt and respond to your environment and learn from them. Create the environment that bears all the characteristics, all the elements, you would like to incorporate into the evolved you – love, for example. Finally, read Nicholas Mosley’s Hopeful Monsters because I just completely ripped him off. (laughs)

Would you describe “Ultramarine” as a bit more optimistic than the previous albums? What are the main changes in your sound?
I think we have always been optimistic and hopeful in our sound. We like the dark and bitter to coexist with the sweet and euphoric, that’s just feel more honest. The manifestation of that in our sound musically has been the addition of the electronic elements. They really answer the need for the playful and the underpinning of heavy we want in our sound. Incorporating them has made our sound much more at home with itself.

YOUNG GALAXY: “Hope and passion create buoyancy, and we want to swim”

You recorded the album in Sweden with Dan Lissvik. What was the main cultural shock for you when you arrived in Gothenburg? Well, if there was one …
It is amazing how at home we felt actually. It is a very liveable city. Very green and community based, it is walk-able and had many elements in common with some Canadian cities. Not much culture shock!

Beside the location – what was the main difference in working on the new album for you?
Well it was a big change to be working away from home in another city. The band was all in one apartment for three weeks and it had a summer camp feel. We breathed, slept and ate this album together one hundred percent of the time. It really focussed us on the work and on our chemistry as a band too. Any little break we had for fun we took together and with Dan and it just had this air of constant camaraderie. Also Dan Lissvik produced the album and it brought this new element in the dialogue about the sound – one focused on the cohesiveness and continuity of the songs as well as all the other elements up for discussion.

I can assume that one main difference might be that you and band member Stephen have a kid together now. How did this change the being of the band?
Well, there is definitely more of a ‘family’ atmosphere to all our travels and collective living situations! Every morning on tour a different band member is in demand with our son, Fergus.  He wakes up calling their names. They are expected to play peek-a-boo, play airplane, and run and run and run with him for entertainment. The band has really been the most wonderful extended family for him, and for us too. We live a touring and performing lifestyle that allows us healthy lives outside as well as inside the band.

In another interview you said many of today’s bands aren’t ambitious or risky enough. Are there still artists of today that inspire you?
Yes! FACTORY FLOOR, THE KNIFE, PLANNINGTOROCK, just to name a few, all make ambitious music but aren’t afraid to take risks with it either. They don’t seem to have approached what they are doing with anything self conscious or cautious. It’s bold. That’s inspiring.

Any advice you can give the audience when they decide to listen to “Ultramarine”? Any specific place, moment or day they should enjoy it?
Hmmm, maybe it would be to listen while moving – walking, driving, running. Momentum sounds good with it.

We are called NOTHING BUT HOPE AND PASSION. These two things are our motor, if you like to call it that way. What do they mean to you?
You nailed it. You need a healthy dose of both to really search and see what surrounds you if you want to do more than survive it. Hope and passion create buoyancy, and we want to SWIM. 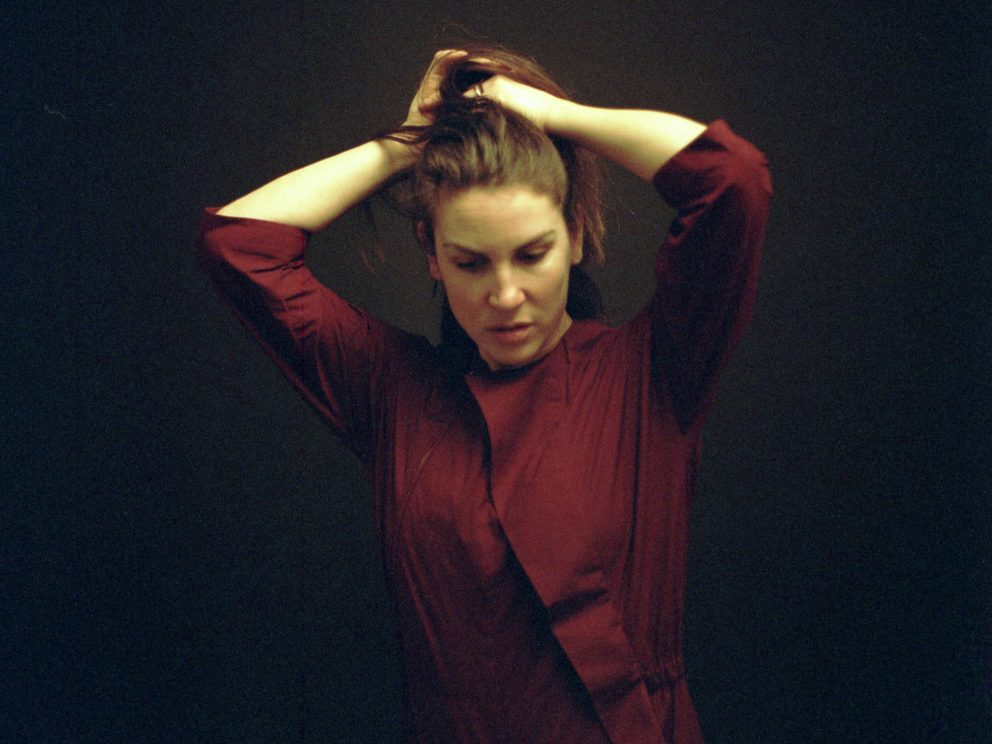