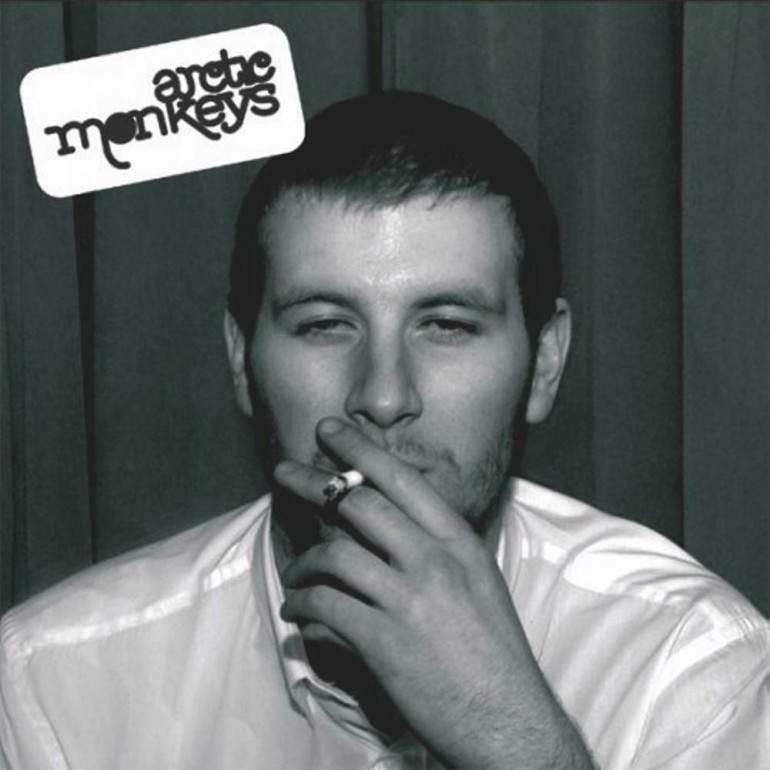 Yes, it’s that long ago: In 2006 the ARCTIC MONKEYS released their debut album Whatever People Say I Am, That’s What I’m Not, and if you do the math, you’ll see that’s now a decade ago. In other words, it is time to hit nostalgia lane. NBHAP editor Kim will be your guide.

After twenty seconds of blasting guitars, the very first word spoken, or sang, on Whatever People Say I Am, That’s What I’m Not, the debut album by ARCTIC MONKEYS is ‘anticipation’. And maybe it is hindsight talking, but almost all events that centered this record, including its release, were filled with a sense of anticipation. Not just anticipation in the form of excitement about the record, but also anticipation in the sense of industry change.

A decade ago four boys from Sheffield, England wrote music industry history by rising to the top in a way that had never been done before, proving that timing and luck, maybe more so then musical talent, is everything. On January 23, 2006 ARCTIC MONKEYS released their debut album. 9 years and 51 weeks ago, that same album became the best selling debut album in UK history by selling more than 300,000 copies in the first week.

A tale from the golden age of MySpace

If you were a teenaged boy in the United Kingdom during the early 2000s, chances are you knew how to hold an instrument. If your parents owned a garage you were probably also rehearsing there, together with your band. And your band probably would have made it if John hadn’t gone off to college to become a doctor.

But amongst those bands, all riding the second-wave of Britpop, marked by British accents and guitar riffs inspired by THE KINKS and the SEX PISTOLS, there was one band that was not all that bad. They managed to get local gigs, and in order to be remembered they decided to hand out free copies of their demo. As word-of-mouth spread, those that enjoyed the sound of this band called the ARCTIC MONKEYS started to share it online. In a matter of months the band had gained a large following on online community website MySpace and started to sell out gigs at venues reserved for the big guys. You know, big guys with labels and records, of which the ARCTIC MONKEYS had neither. Naturally, it did not take long for the guys to sign to a label and the rest is history, really.

Fastest selling debut? Online following? MySpace? No label? Britpop? John? Okay, maybe the history of the ARCTIC MONKEYS needs more than a CliffsNotes version. Let’s back up a little. 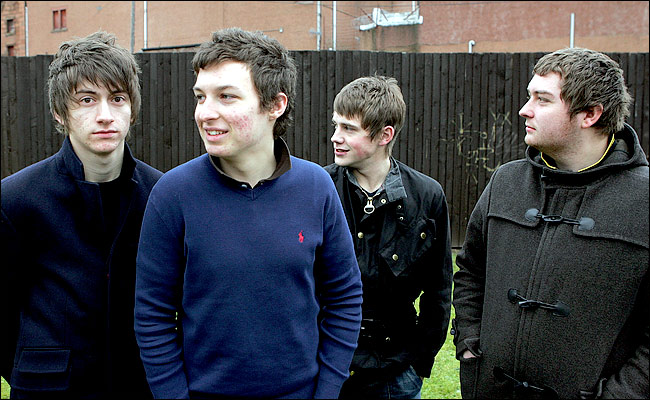 Weren’t they cute? Arctic Monkeys back in the days.

The fascinating thing about the success story surrounding the release of Whatever People Think I Am, That’s What I’m Not is that the ARCTIC MONKEYS owed their success to the Internet, specifically MySpace. The Internet had been around for a while – iTunes made its billionth sale in the time the record came out – but the MONKEYS were truly the first to experience the full impact of what an online community could do. Though it’s hard to imagine today – with Spotify on every device and YouTube always a click away – but in 2006 most people still experienced music offline. New music was starting to be discovered online, but chances are, you still got you new-music-fix by borrowing CDs from friends.

That’s what happened with the ARCTIC MONKEYS, only those ‘friends’ took the music online and shared it with strangers, causing it to be the 2006 version of ‘viral’.

Without really trying, they proved that ‘making it’ in music was no longer strictly dependent on the label you’d sign with or the journalists you’d talk to.

Instead it was now possible for the mass to decide what became popular, simply by gathering online and sharing their thoughts (and the music). Suddenly, regardless of money, resources, or even talent, if you could gain online momentum, you could make it as a musician. The ARCTIC MONKEYS became an Internet sensation, a phenomenon. And the funny thing is that they did not even plan for it. Using the Internet to promote and market music was something that had not really occurred before the MONKEYS came along.

It may be a bit too forward to say that the events leading up to the release of Whatever People Say I am, That’s what I’m Not changed the music industry, but it certainly triggered a change in the way music is discovered, promoted, and marketed in the digital age we know today. Simply put, the way we discover new artists today can be traced back to the chain of events a decade ago. Of course it was inevitable, but the ARCTIC MONKEYS were at the right place at the right time doing the right thing, which made them the symbolic pioneers of digital music marketing.

Combined with the still quite vital CD market they somehow ended up being the final hype in a traditional and economical efficient ‘OASIS way’; something that seems nearly impossible ten years later for a new band.

Still looking good on the dancefloor

Though there’s know way of knowing for sure, but it is likely that the Internet just sped up the success of the ARCTIC MONKEYS, and that they would have made it anyway. What I am trying to say is that the music and lyrics on Whatever People Say I am, That’s what I’m Not just fitted perfectly into the musical landscape that was prevalent in the United Kingdom at the time the album came out. The early 2000s were marked by two waves of 1960s garage rock revival. The earliest UK wave produced artists such as KAISER CHIEFS, BLOC PARTY, and FRANZ FERDINAND (who was signed with the same label the MONKEYS would later join). The second wave, only two years later, was led by the ARCTIC MONKEYS. Also called the post-punk revival, these genres were characterized by their heavy use of rock influences, and of course the use of mom and dad’s garage to rehearse. Needless to say, the guitar tunes we all know from I Bet You Look Good On The Dancefloor fit that description pretty well.

It is no secret that front man Alex Turner has a way with words. Whatever People Say I am, That’s what I’m Not is filled with songs that observe the world with a humor characteristic of the British (and Britpop).

Turner looked at the people around him and wrote lyrics that were stripped from any kind of romanticism.

Unlike predecessors such as OASIS or THE BEATLES, Turner called it as he saw it. The overarching theme of the record seems to be the observation of human behavior in the British nightlife. Dancing Shoes describes how one should just get to the point without trying to mask true intentions and in Still Take You Home Turner claims he’d still take to his place, even though he cannot see through your fake tan. Other songs, such as Fake Tales of San Francisco look more towards subcultures, but all with Turner’s sharp eye and witty tongue.

With lyrics such as ‘he’s a scumbag don’t you know’ the record seems pretty relevant today and transcends beyond just being an object of nostalgia. That said, I have no idea whether or not todays sixteen-year-olds still listen to this album. I even wonder if a band as ‘underground’ as the ARCTIC MONKEYS would be able to work themselves into mainstream popularity in today’s musical landscape. Tastes have diversified due to the enormous availability of music. No matter how crazy the genre, if you can think of it, it’ll exist.

So would the ARCTIC MONKEYS be able to have gained momentum in 2016? I personally doubt it. Maybe it’s time to sit all sixteen-year-olds down in a room and start with ‘when I was your age…’