The Difference That It Made: 30 Years of ‘The Smiths’ 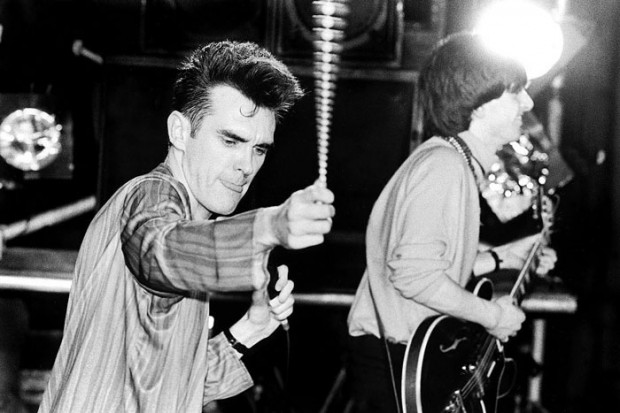 A unique alliance – Morrissey and Marr
Photo by Stephen Wright

But we cannot cling to the old dreams anymore

When you look back on previous relationships you can’t help but get a bit nostalgic. Especially when those relationships occurred in a more innocent time of your life: most likely during your adolescence. In retrospect everything seems brighter, more hopeful and more intense. No matter how romantic you are or how much you love your current partner – you can’t relive that special feeling. This is not only the case with people, it happens with music. You could compare this to the story of THE SMITHS, their massive following  through several generations, and the desperate wish on the part of many fans for them to return.

Thirty years ago, in February 1984, the Manchester-based indie rockers released their influential self-titled debut The Smiths. Formed in 1982 it marked the first creative peak in a unique career. ‘Intensity’ is the best term to describe the run this band had over the course of their ‘only’ five-year-long career. Four studio albums, three compilations with original material, a bunch of stand-alone singles – pretty much all instant classics. Other bands would kill to have that creative outburst in a twenty-year career; THE SMITHS only needed a five. They were intense, groundbreaking, heart-wrenching, wild and furious. A concept that just wasn’t meant to last, like young love. It was perfect but it had to fade away.