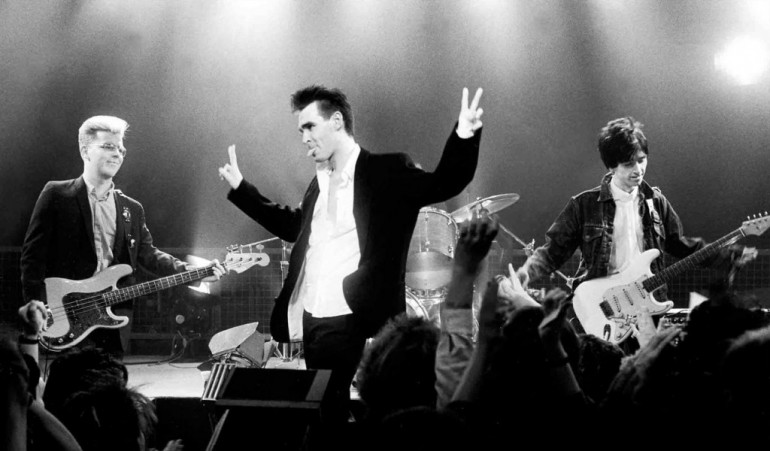 The Smiths – Photo by Steven Wright

Rememeber the times when ‘indie’ wasn’t a replaceable phrase for pretty much everything that’s not trying to be DAVID GUETTA? Yeah, that feels like a long time ago but since you know that NOTHING BUT HOPE AND PASSION is always up for giving you a little historic lesson, this compilation might please you. The latest addition to our Spotify channel is taking you right back to the glory early days of the 80s indie music movement.

We all know that the 1980s come with all sorts of different stereotypes like horrible haircuts, shoulder pads and shallow plastic pop but – as always – there’s an alternative side to it. Following the explosion of the DIY punk mentality in the late 1970s the indie scene really started to free itself from the major label majority of the previous decades. Bands found a way to create own fanbases and label structures on a lo-fi level, powered by the music press who was constantly looking for an alternative to the big players of MTV and Top Of The Pops. Especially England and the United Kingdom and groups like THE SMITHS, NEW ORDER, THE CURE or THE JESUS AND MARY CHAIN were packed with a lot of new and edgy talent, resulting in the rise of sub-genres like new wave, shoegaze, new romantic and later also the rave movement.

The United States on the other side developed different forms in the aftermath of the punk movement. Bands like SONIC YOUTH, DINOSAUR JR and the PIXIES provided a much rawer and noisier alternative that would ultimately lead to the blooming grunge and alternative rock scene of the early 90s. It’s kind of interesting to see that groups like R.E.M. and also THE POLICE (with Sting) have their roots in this scene as well which means you’ll find a few recogniceable names in it as well. And that is what this playlist is basically all about – showing you where it all started, presenting you forgotten and critically underrated bands and musial ideas that were destined to sound different, provide an alternative and head for risky territory.

Discover the finest 80s indie music sounds right here and don’t forget to tell your ‘too cool for school’ friends about it as well, of course.