Amatorski about the music they learned from 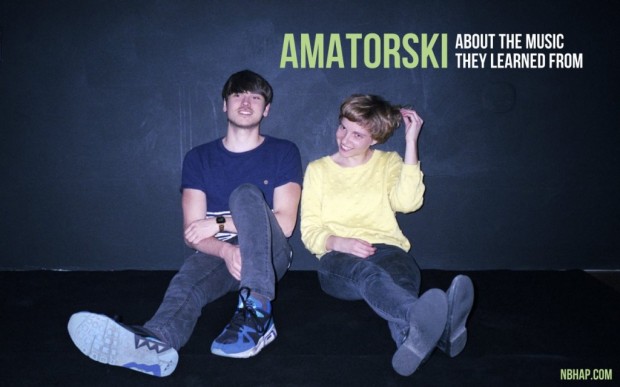 If you regulary visit NOTHING BUT HOPE AND PASSION you might have already figured out that we share a decent amount of love for Belgian indie band AMATORSKI and their haunting and beautiful songs. The group just released its new album From Clay To Figures via Crammed Discs. Dreamy and melancholic little pop moments that still remain a certain amount of grace. One can only assmue how many different influences can be found within this music. The easiest way is to ask the artist directly. We invited songwriter and singer Inne Eysermans to write about seven songs that influenced the new album. And even more than this. It’s about learning from other artists and their working ethics to achieve a better musical output for yourself. That’s what the artist has to say about her choices:

Most of these tracks I listened to during the last year, some of theme were constantly present. All of them have been, one way or another, an inspiration. Still, I will not listen too much to music when I’m actually creating new songs, because sometimes I hear its arrangements meeting the songs of AMATORSKI, even when I am not aware of it. What I have learned from these songs? They all have their own idea and were made in a particular period, and it’s to a creator to come up with a good idea in that period.

Find out about the music that inspired AMATORSKI on their new record and beyond. Featuring NICK CAVE, DAMON ALBARN and… well, also legendary German 80s icon PETER SCHILLING. Discover it on the following pages.