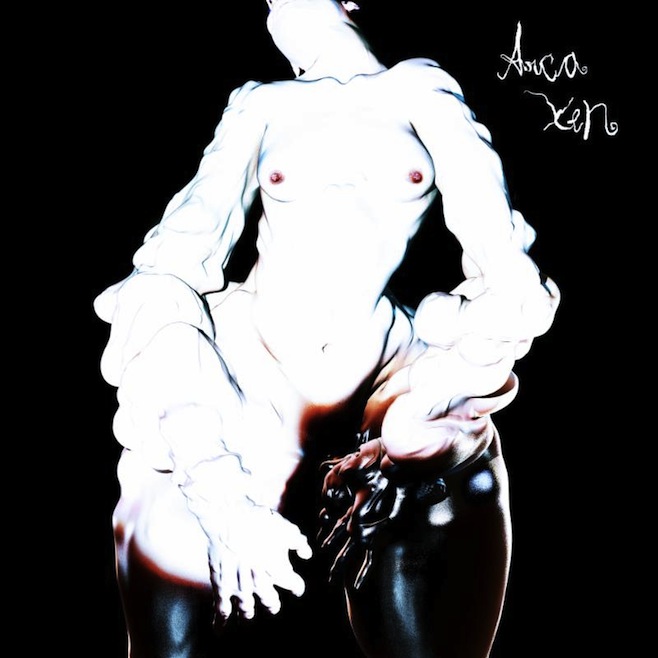 ARCA, Alejandro Ghersi’s pseudonym, is becoming quite a force. 2012’s 3 EP’s (most notably the Stretch 1, and Stretch 2 releases) caused an appropriate stir blending the familiar ballsy bass drops of self-indulgent post-hop, with vocal chops pitching beyond the necessary on tracks like 2 Blunted, all recorded with a rarely apparent metronomic grid which forced his computer music away from the spoon fed ‘1,2,3,4’ that we most readily associate with the genre, and into the pulsating gestural throbs of a man that seems to enjoy the feeling of completely faded (too drunk and too stoned simultaneously).

Having been a production consultant on KANYE‘s Yeezus, produced the last two (completely spectacular) FKA TWIGS releases and been asked to produce the latest BJÖRK record, we find ourselves listening to XEN, Ghershi’s first solo album. The album itself is a 15 track demonstration of a man’s incredible composition talent, yet it is stipulated in the press-releases that the record wants to be free of form and to be obviously improvised in many places – unlike the highly considered work heard on FKA TWIGS first release.

While this works well in theory, it is tracks like Slit Thru, Sisters, Lonely Thug and the single Thievery that fully acknowledge ARCA‘s ability to sonically abstract a traditional electronic form – mostly through removing the improvised material, and favouring detail and hindsight. The compositions on this record are stronger than the free-form jams that begin the record. For this reason, the album gets off to a slow start, however by the time Fish, Wound and Bullet Chained are settling in, one is comfortably reminded why BJÖRK is knocking on his door. We realise this level of style and production ability is rarely gifted to anyone. ARCA would agree, and seems to be working harder than anyone else to keep it that way.

Alejandro Ghersi and his alter ego ACRA step out of the shadows of former producer work for other artists do deliver an ambitious and forward-thinking piece of electronic on his debut ‘XEN.’