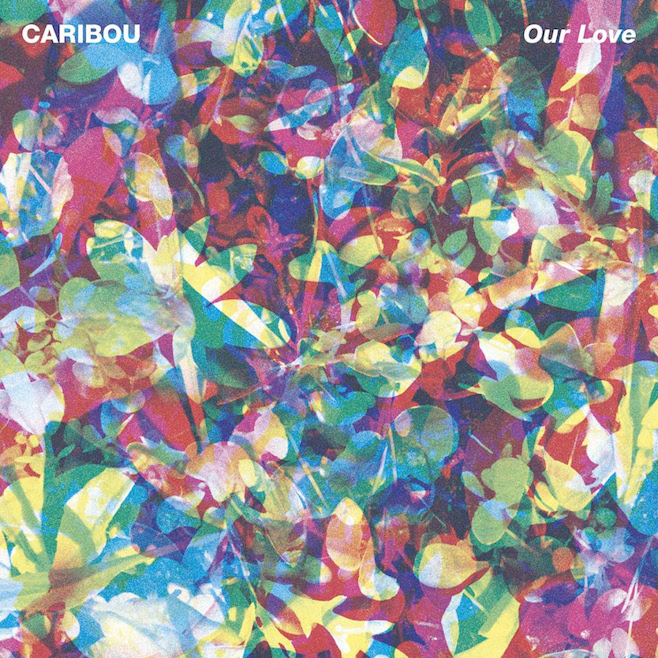 Dan Snaith’s sixth studio album as CARIBOU, Our Love, was inspired by the love and recognition he felt from pre-successor Swim. Parallel to that, the album is also informed by his relationship with his wife and three-year old daughter and the highs and lows in his friends’ relationships. What sets Our Love apart from his previous albums is that, for the first time, he made the record for others, not just himself. It swells in size and intensity; it’s intelligent and euphoric but it’s also tender and really, really lovely.

Snaith’s one of the most genuine and humble musicians out there and it certainly shows on the record. Determined to make the record sound as contemporary as possible- to echo the time he’s living in rather than drawing influences from other decades – Our Love is wonderfully and dynamically varied. From that huge festival-ready return single Can’t Do Without You (which marks the album’s opener) through the rest of the album, we’re dunked into an explosion of sounds and emotions.

The meeting of monikers

His last full-length CARIBOU album may have been released back in 2010 but the last few years have been anything but quiet for Snaith. He’s since toured with the one and only RADIOHEAD and dropped a dance savvy record under the alias DAPHNI. The two monikers undeniably influence each other and there’s a healthy handful of cross-referencing. Title track Our Love starts as a CARIBOU track and just when you think it’s come to an end a DAPHNI-esque bit is tacked to it, bursting with rhythm and muted vocal samples. Mars was written over four years ago and had its debut at a London Boiler Room in 2011, where Snaith appeared as DAPHNI – he purposefully chose to wait to officially release the track and chose this CARIBOU album as its medium. Julia Brightly with its repeated vocal samples, stomping bass and fast tempo fills us with that sought after dance-happy pleasure. Album closers Back Home and Your Love Will Set You Free (which is musically the same idea as All I Ever Need) come closest to previous CARIBOU releases.

Dr. Maths’ got proportions all right

What singles Snaith out from other musicians is his incredible knack for restraint and release. The tracks on Our Love are timed to twist and turn and to yield surprising results just when its least expected. He’s a hugely accomplished producer and DJ and has fine-tuned his skill over the years just as he has his sounds.

The one disgruntlement I had with the record is that it doesn’t quite tell a narrative nor is it built up in the classical album sense. It feels more like individual floor-fillers and big singles. In our recent interview, Snaith ensured me that this is not the case; in fact – for him, Our Love is the most inclusive, narrative-friendly album he’s produced. The more time I spend with the record the more this feeling passes; repeatedly watching CARIBOU’s performance at Dimensions’ opening concert further dissipates my concern. The four who make up CARIBOU’s live set-up, all cladded in white, are a wholly professional unity. Akin to the album, the event is a pulsing frenzy affair that’s as exhilarating as it is smile-inducing – much like falling in love, come to think of it.

Amidst thumping basslines, shimmering synths and distorted vocals, we’re pulled within an ecstasy of what influenced CARIBOU’S ‘Our Love’ to start with: the joy derived from human connection.