Black Sea Dahu is the folk ensemble around which the music industry has been making waves for a while now. Fronted by Janine Cathrein, the six Swiss musicians are united by their love for folky arrangements and poetic songwriting. Their well-composed and nature-bound tracks have gained them an international audience over the last few years. We finally caught up with Janine and her band at one of their sold out shows in Berlin.

Since the release of their latest EP No Fire in The Sand, we noticed that this is a band that NBHAP has been missing out on so far. So here we are finally, in the cozy backstage of Berlin’s Lido on the couch next to the lead singer. I strolled into the venue while the band was still setting up, Janine hands on taping the cables to the stage of the opulent showroom of the Lido. Dipped in red light, the giant disco ball dangling from the ceiling reflects onto the working musicians. Then, dressed in comfy sweatshirt and pants, Janine leads me into the backstage room of the venue. The little table is packed to the rim with all kinds of vegan goodies, from fresh veggies to multiple dips and hummus. We squeeze on the old leather couch and Janine gives me an insight into her experiences on tour while the band rummage around us, getting ready for the show. 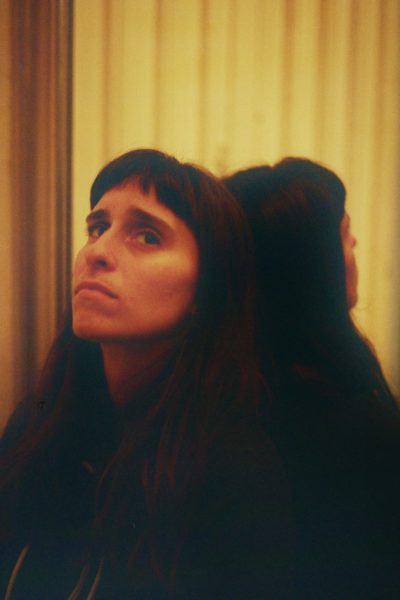 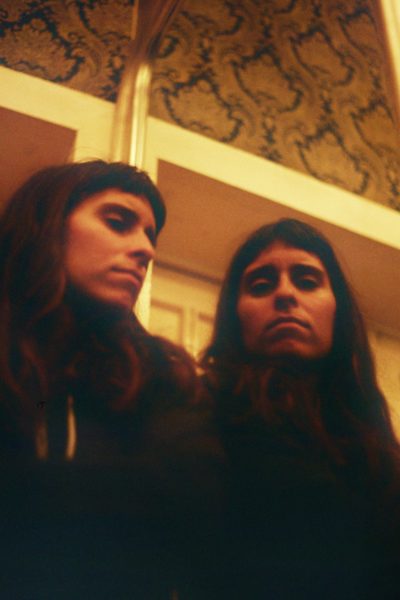 So, just to clarify for those who are new in the Dahu land; the band is essentially made up of Janine and five additional members, yet it is held together by the singer who says that Black Sea Dahu would not exist if she stopped, yet if the rest of the band backed out, the project would still be alive. In that manner she also plays some solo gigs on the tour.

What are the differences for you when you go on stage with and without a band?

There are two things, I’d say. When I play a show by myself, I have to do everything alone. I have to carry the entire load of the audience’s expectations and keep the mood going for myself, as well as, for them. Plus all of the organization falls back onto me. With a band you are less exposed, I feel. But one of the things I prefer about being on stage alone, is that the people can actually hear what I am playing. Oftentimes my guitar picking and the nuances I play, get lost in the sound of the band. Yet, I still prefer playing with the band because it takes off a lot of the pressure.

Hailing from Switzerland, how is the reception to Black Sea Dahu internationally?

In Switzerland we have sold out basically all of our shows. It is great to be an item in your home country, but I think Black Sea Dahu is aimed for something bigger. We are really trying to get out there, too and put a lot of work into it. We want to conquer new markets, Switzerland is simply too small for us. I want that one day, when we play a gig in Norway somebody is excited to see us. 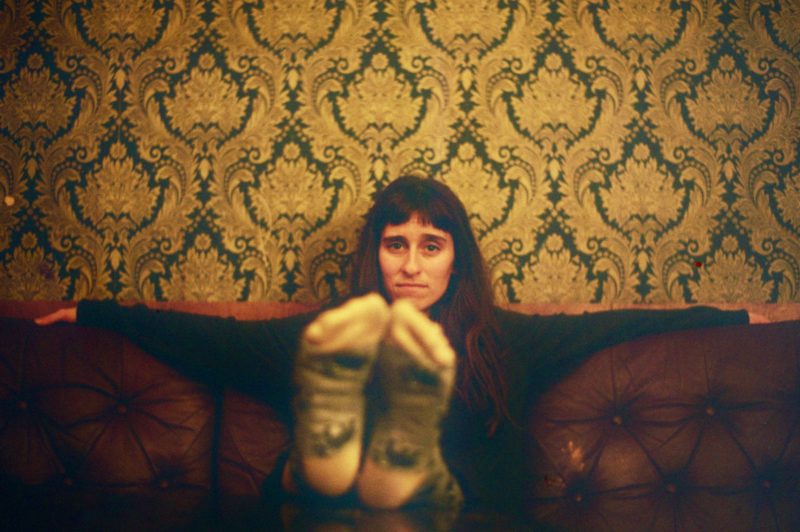 The struggles of a vegan on tour

With the tight touring schedule, there is not a lot of spare time. You have a tour planned across all of Europe. What are the essentials you do not go on the road without?

Probably, pills for throat ache. Especially in winter when you are on tour and sing 2-3 hours each day, packing the van sweaty once can catch you a cold. And it is not only the cold, also the stress makes you very receptive for any germs flying around. I have been stressed continuously for many years, so I soak up every sickness like a sponge. Other things I really need are – sadly – my smartphone and comfy boots.

What about the backstage? This one seems to be pretty well equipped, what are things that no backstage should live without?

Ginger, lemon, and water – for the voice – a bunch of fresh fruit and veggies, would be nice, too. I have been a vegan for about three years now and sometimes it is not that easy on tour. In Germany and Austria it is getting better, but especially on the road at the gas stations there is barely ever anything I can eat. But that will probably change soon with the trending of vegan diets. I have accumulated a pretty nice stash of vegan goodies to take on the road with me because usually the only vegan thing on the highway stations is fruit wrapped in plastic. 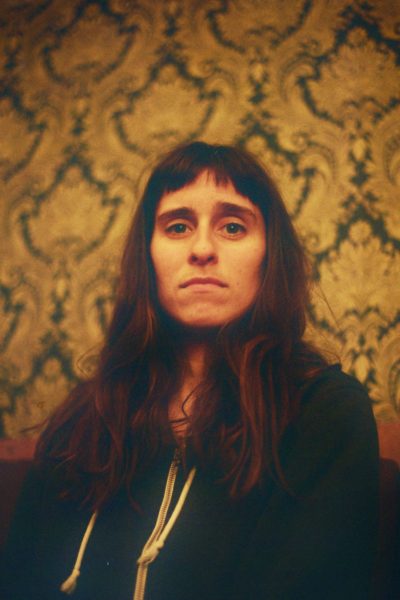 What is the thing that you miss the most when you are away?

I miss my boyfriend the most. He is also a musician and we are both away a lot. Luckily, I usually have my family, my two siblings, with me. Sometimes we really piss each other off but in the next second we are in perfect harmony again. On tour you really have to learn how to get along.

What are the best and worst things about being on tour?

One of the worst things is probably the continuous lack of sleep. Sometimes we arrive to the AirBnB at 4am just to leave it again at seven in the morning. But it is worth it when you play shows like we played yesterday. The audience was attentive to every detail of the music – that was amazing. With our shows, I think it is important to know what you are getting into. It is not music to party, some people do not get that and then the vibe just does not work.

What is the first thing that you do, when you get home from touring?

The first thing I do, is water the plants – if they are still alive and then I grab my laptop to head over to the next café. I don’t even do the laundry first, I have to stay on a certain level of business otherwise I will fall into a hole. For me it is impossible to stop working, I cannot relax completely otherwise I will never get back into the rhythm. 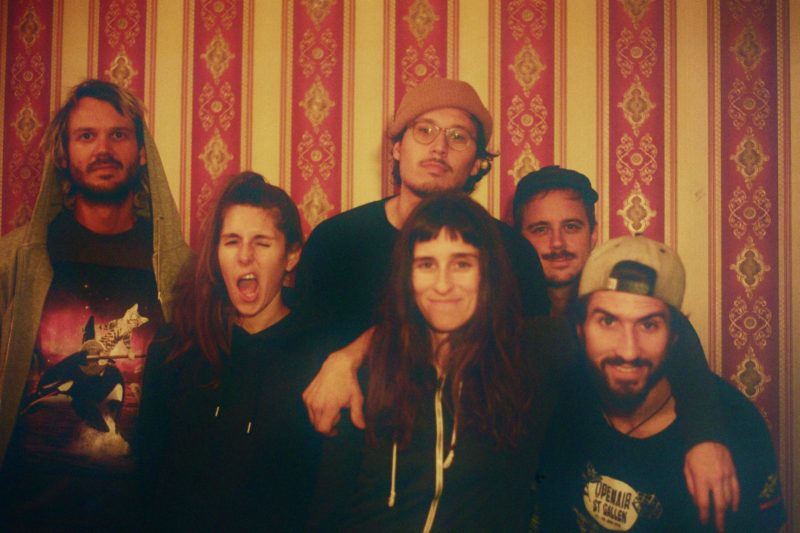 Janina with the band 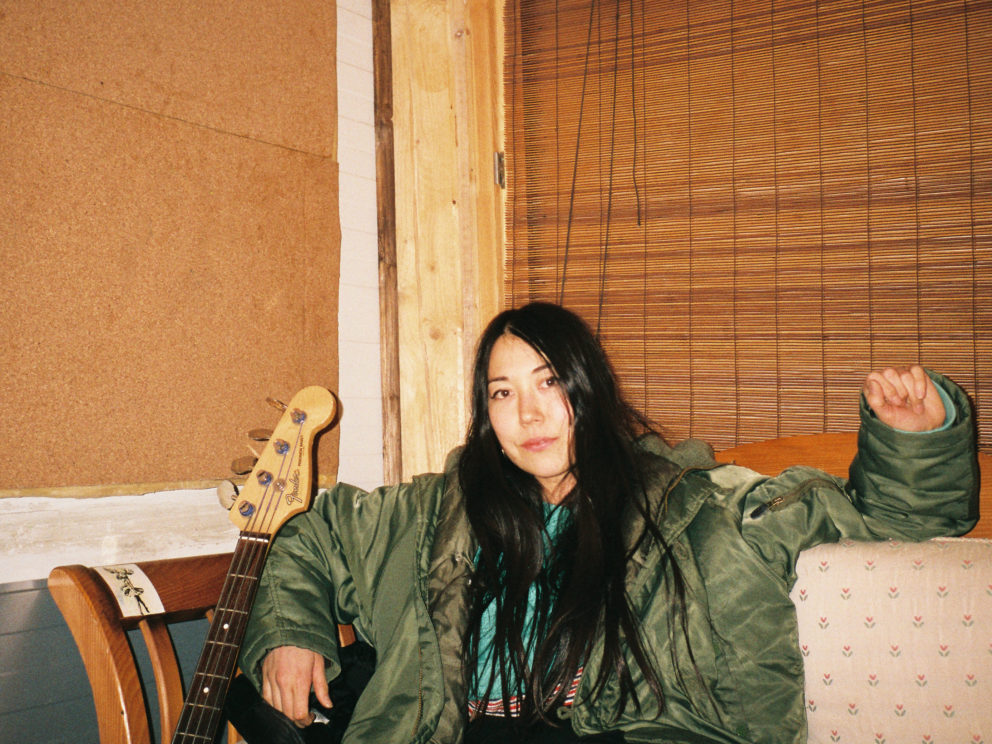