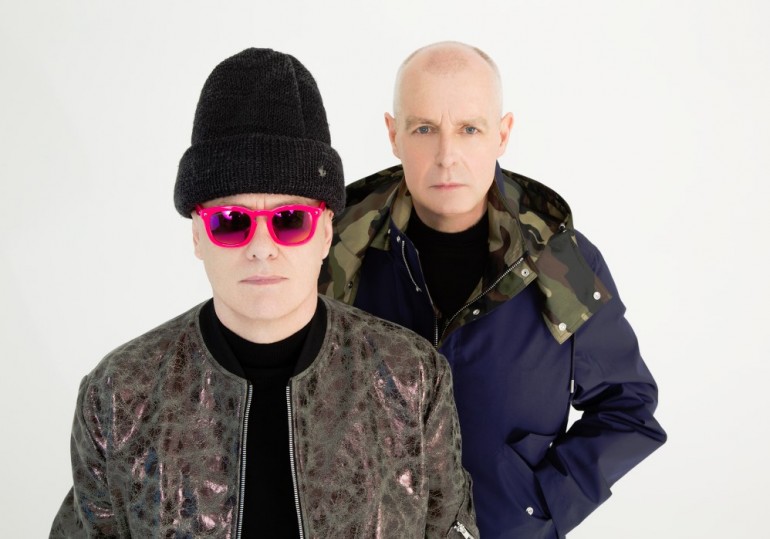 30 years in and still going strong. Today, on March 24 back in 1986, Neil Tennant and Chris Lowe released their first ever full-length studio album called Please and next week they are about to unveil their 13th LP called Super. We’re pretty sure that even Tennant/Lowe didn’t think the PET SHOP BOYS would last that long when they ran into each other in an electronic shop back in 1981. Over three decades later the two gentlemen are an institution when it comes to the combination of intelligent and catchy synthpop.

They are the most successful pop duo in British history and from West End Girls to It’s a Sin, from Go West to Se a vida É – their discography is packed with plenty of well-known hit singles that managed to stand the test of time. Even their latest single The Pop Kids might be another example that they are not done yet writing irresistible dance pop anthems. But the PET SHOP BOYS catalogue is packed with plenty of wonderful little pop gems. And there is more than one forgotten single by the duo that deserves a bit more attention. We asked NOTHING BUT HOPE AND PASSION editors and passionate ‘petheads’ Chris and Norman to compile a dozen of critically underrated PET SHOP BOYS singles that are as good (and maybe even better) than Always On My Mind and Co.

Following the success of West End Girls, Tennant and Lowe got romantic and released the incredibly beautiful Love Comes Quickly (UK #19), a song that describes the very moment you suddenly fall in love.

Originally released in July 1985 (UK #116), their satirical take on Thatcherism and consumption was later included on Please and re-released as a third single (UK #11) off the debut album. Later, Tennant would relate to the song as ‘punk disco’.

Favourite lines: ‘You can tell I’m educated/ I studied at the Sorbonne/ Doctored in mathematics/ I could have been a don’

The Behaviour LP is such a gem that we could basically list all of the singles the record brought forth. The lead single So Hard (UK #4), however, impresses with analogue-y synths and Tennant’s lyrics telling of a couple that is torn between a permanent relationship and playing around.

Favourite lines: ‘We’ve both given up smoking ‘cause it’s fatal/ so whose matches are those?’

Part of a double-a single release that featured a cover version of U2’s Where the streets have no name to promote the sales of Behaviour. The ‘Perfect Attitude mix’ (hidden gem!) of Seriously is as smooth as PSB could get with Tennant raving against rock ‘n’ roll and the contradictory behaviour of pop stars supporting humanitarian causes. Hi, Bono.

Favourite lines: ‘You live within the headlines, so everyone can see/ You’re supporting every new cause and meeting royalty’

DJ Culture, as smooth as it sounds, combines Tennant’s thoughts on the Gulf war, the musical culture and modern life in the early 90s, reinvention and a quote by Oscar Wilde altogether in one impressive spoken-word performance. Probably a bit too much overdoing things it only reached #12 in the UK.

Favourite lines: ‘And I, my lord, may I say nothing?’

1993’s LP Very included some of Tennant’s most personal and autobiographical lyrics. In Liberation, a tender and romantic love song (UK #14), the narrator acknowledges to finally believe in love.

Favourite lines: ‘Really I believed it true/ that all who fell in love were foolish/ But I was wrong’

In 1996 PET SHOP BOYS returned with Bilingual whose sound was influenced by the beats and rhythms of Latin American music. Fourth single A Red Letter Day, however, is more of a classical PSB tune that profits from the inclusion of a Russian choir. Lyrically, it’s all about the aspiration for love and the uselessness of material possessions.

Favourite lines: ‘But for all of those who don’t fit in/ who follow their instincts and are told they sin/ this is a prayer for a different way’

Third single Drunk (UK #8) off Nightlife (1999) saw the Pet Shop Boys drift into the fields of country music. Although the lyrics appear to be rather dramatic, the music is all the more heart-warming and touching.

Favourite lines: ‘But how your mood changes/ You’re a devil, now an angel/ Suddenly subtle and solemn and silent as a monk/ You only tell me you love me when you’re drunk’

Second single I get along (UK #18) off guitar-oriented album Release once again proved that Neil Tennant and Chris Lowe truly belong to the premier league of British songwriters. There’s surely a lot of Indie bands around who would kill for a song like this.

Favourite lines: ‘Now I know you’d much rather be with rock royalty/ instead of someone like me’

The second singles compilation PopArt saw the release of two of their finest singles since 2000: Miracles and Flamboyant, the latter being a purely electronic hymn exploring the characteristics of fame. Flamboyant (UK #12) was backed by the b-side I didn’t get where I am today, a real gem and leftover from the Release period that includes JOHNNY MARR on guitar. You better go check out the Top of the Pops performance of Flamboyant. It’s so cool.

Destined to be the second single off Yes in 2009. However, this didn’t happen although a new version of All Over The World was released on their Christmas EP later that year. The sample of Tchaikovsky’s The Nutcracker, Act 1: No.2 ‘March’ makes this track highly irresistible.

Favourite lines: ‘It’s sincere and subjective/ superficial and true/ Easy and predictable/ exciting and new/ to say ‘I want you”

Not a proper single, but a teaser track released prior to the release of their reflective album Elysium. In Invisible, Tennant explores the theme of growing old. The song’s electronic instrumentation is astonishing. It’s a calm, yet such a powerful track.

Favourite lines: ‘Is it magic or the truth? Strange psychology? Or justified by the end of youth?’