Okay, so how and why did this happen? How did two French electronic producers become one of the biggest group’s on the planet? Because it clearly wasn’t that way when Thomas Bangalter and Guy-Manuel de Homem-Christo released their last album Human After All way back in 2005. So, all you can possibly do is to step back and wonder – what happened in these eight years that made DAFT PUNK living legends and their new longplayer Random Access Memories the most anticipated and buzzed album of 2013. Step aside, DAVID BOWIE, MY BLOODY VALENTINE or BOARDS OF CANADA – This is what the world has been waiting for, it seems. The robots are back from space, saving dance and probably all of pop music as well. The expectations are immense – and they grew bigger with every absent year from the two producers.

So, what went wrong? Or better said – what went right for DAFT PUNK who did not much in these eight years besides a giant tour in 2007 and a movie score for Tron: Legacy in 2010? What basically happened is that they let their legacy work for itself with a new generation taking their sound from eight or more years ago and conquering the world with it. JUSTICE, BOYS NOIZE, DIGITALISM, all of the Ed Banger and Kitsuné labels, NuRave, NuDisco and maybe even the current hype and probably soon decline of America’s EDM culture – it looks like none of this would have happened without DAFT PUNK. Or at least they were role models for a whole generation of electronic producers. They made the start, the rest got the hype. Human After All wasn’t a big hit back than – way less successful than 2001’s Discovery. But it was the starting point of a wave everyone could agree one. Even American rap culture embraced these guys and the rest of pop culture started worshipping its new gods. What a fitting coincidence that their personification as robots and their anonymous appearance is the best concept for such a blasphemous thing.

If we keep that metaphor the high priests of dance culture brought rock and house together, travelled away with their space ship for a while and now come back to earth to see what happened. And the gods must saw that the original idea of their sound and the concept of DJs being the new rockstars got a bit out of hand in the past years. Surely, this wasn’t the plan. Dance music once was more than just dropping the bass and partying hard on MDMA. So, the challenge is accepted. DAFT PUNK return to give dance music something back that got lost along the way – soul, groove, honesty, sensuality and an addictive sound that goes through every inch of your body. And yes, it’s kind of ironic that it needs two robots to bring humanity back to club music. But this is what Randon Access Memories is about. Bangakter and Homem-Christo didn’t care about current trends and hypes with their new album. They had a vision and it looked like these two perfectionists didn’t stop before it was exactly as clear as they wanted it to be.

Okay, big words and big anticipation. DAFT PUNK return with an entertaining, very ambitious and organic sounding album. It’s the duo’s ‘band’ record– guitars, drums, bass, old keyboards, plenty of guest features and way less electronic than previous albums. The future lies in the past. Give Life Back To Music is the perfect starting point, very laid back and sunny with legendary CHIC producer Nile Rodgers on guitar. His unique guitar play can be heard quite a few times on the longplayer. And whenever this the case, it’s pure musical sexy. Especially when r’n’b player Pharell Williams comes into play in the instant disco hits Lose Yourself To Dance or Get Lucky. The whole record feels like a tribute to DAFT PUNK’s heroes. Especially dancefloor legend Giorgio Moroder gets an epic musical monument with a nine(!) minute long piece that feels almost like a symphony.

Symphony is a good point – you can sense the duo’s love for details in every note of the record. Everything feels at the right place, Random Access Memories is an album full of complexity and big ideas. Just take the epic eight minute long peace Touch, a collaboration with songwriter Paul Williams. It starts quite melancholic and very sensitive and build’s up to a decent groove, culminating in a spacey outro with huge string patterns and a choir. Yes, it’s really this big. The confidence on working on a movie score for Tron: Legacy gave the two robots the confidence to discover experimental and previously unvisited territory. There is smooth and sunny 70s soft rock with Fragments Of Time, very melancholic and beautiful piano play (by the one and only CHILLY GONZALES) on Within and a symphonic string intro in Beyond, clearly influenced by movie scores.

These very diversified tracks and collaborators are bound together by DAFT PUNK’s will to create something quite spectacular by sticking to the unspectacular and traditions. Random Access Memories wants to be an instant classic in the tradition of a big record, sometimes a bit to desperate. But, well, with these high expectations what did you expect? It’s a big bang as expected – but a musical one. They might not safe dance music, but they present an alternative, something that sticks to the true nature of music. Maybe we need a bit time to understand this, just a couple of years again. It’s a record you need to discover. It sounds like nothing DAFT PUNK have ever done and like not much that is around these days. And as the final moments of the closing track Contact obviously launch the band’s rocket into space again we really hope they come back soon. It sometimes feels a bit lost down here without their guidance. 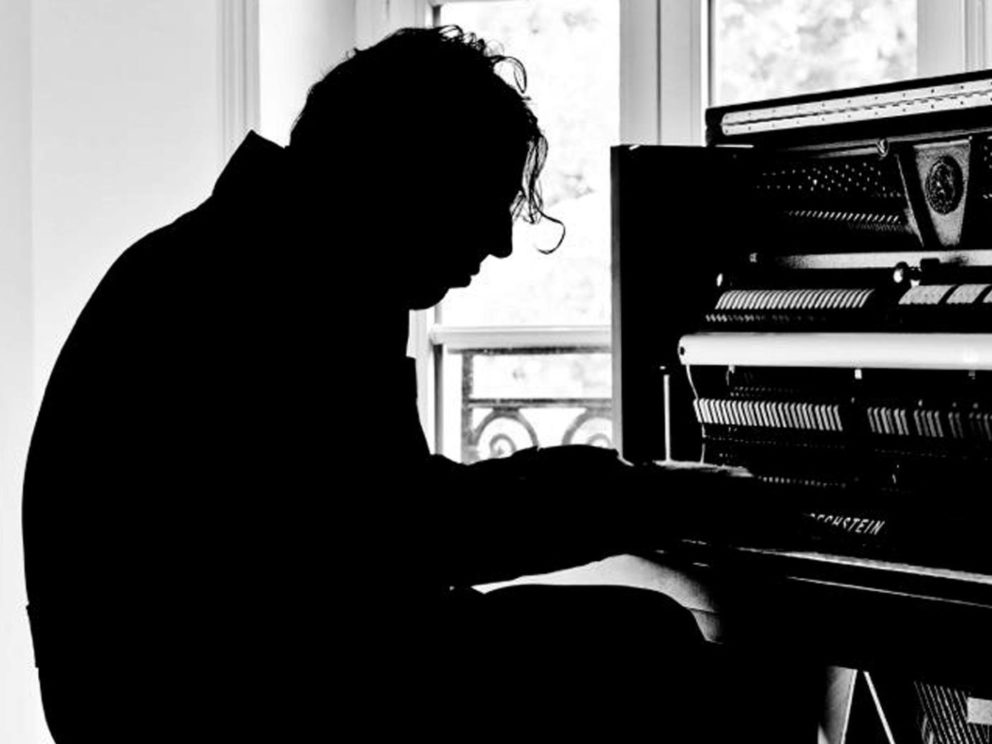 The Struggle of Striving for Success: Behind Chilly Gonzales’ new documentary

The documentary 'Shut Up and Play the Piano' about Chilly Gonzales explores the struggles that made him become the musician he is today. NBHAP editor Nora Hiller spoke with director Philipp Jedicke.