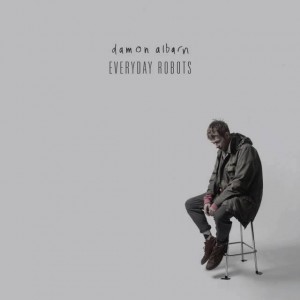 I wasn’t shooting up heroin: White boy was chasing Everyday Robots when a text message shook him back to modern life: ‘I Can’t believe how beautiful DAMON ALBARN‘s new record is,’ it said: And by any means revealed the juxtaposition this great british troubadour was concerned with since early BLUR. Melancholy within modern society.

From Modern Life is Rubbish to GORILLAZ, Demon Days or THE GOOD, THE BAND & THE QUEEN, Albarn followed some kind of concept, exploring the human condition by choosing a more or less dystopian perspective within the world. In opposition to this first solo-record, he mostly let third person characters take a view on the crackling and often comic surface around them. Everyday Robots prospects something else instead: Himself.

But gladly it’s just a trick being played. Releasing under his own moniker foremost means a change of person into first instead of becoming personal. “The album is about going back and seeing into the near future, wondering about the effect that that technology is going to have on us, emotionally,” he told Pitchfork recently. The setting still is suburban and grey lit. Everyday Robots begins with a quote by Lord Richard Buckley. An American comic Performer known for his ‘unlikely persona’ changing between Dizzy Gillespie and victorian Safarist: ‘They didn’t know where they was going but they knew where they was, wasn’t it?’ The masterfully composed record tries to take the listener onto a journey but places us right in limbo. A haunting string sample circles round the first track. Scary enough to wake BURIAL from a glitching wet dream.

Without seeming heady, the record is parabolic, self-contained and magnificently rich in detail. It starts gloomy, trudging over Richard Russells economical rhythmic sequencing. Then gradually lightens up over Lonely Press Plays bouncy Dub before Ukulele and Gospel cheer along Mr. Tembo. Musical themes are introduced, repeated and developed as they correspond the thematic concept of a characters position in and observations on digital-society. Hostiles plays with a little guitar figure that evokes RADIOHEAD at first. As it reappears later again, a little faster and converted, it gets more specific and recalls, here you have it: Paranoid Android (Hollow Ponds). Everyday Robots is smart without trying to show off. Rob Gordon could probably explain its arrangement as classical in structure. As The Selfish Giant hums over airy keys and heartthrob, its pulse leads to You & Me. A seven minute exit-music centrepiece“heating tinfoil over a lighter,” that opens up into shiver of strings and R&B groove slowly paced by hi-hat. The records coda is introduced as contemplation on The History of a Cheating Heart. A wide armed string section carries ALBARN along this stunning ballad, confessing the moments he felt most in as being solipsistic: So “it’s more than you know” on Heavy Seas of Love. The final song uses a reappearing piano motive to lead Brian Eno into his verse. As he Delivers a melody evoking The Earth Song, Everyday Robots returns to its initial position. A reflexion, proving Albarns modus operandi by referring to the King of Pop: ‘I used to dream/I used to glance beyond the stars/ Now I don’t know where we are/Although I know we’ve drifted far.’

DAMON ALBARN proves that Modern Life probably still is Rubbish and himself as being struck by genius. 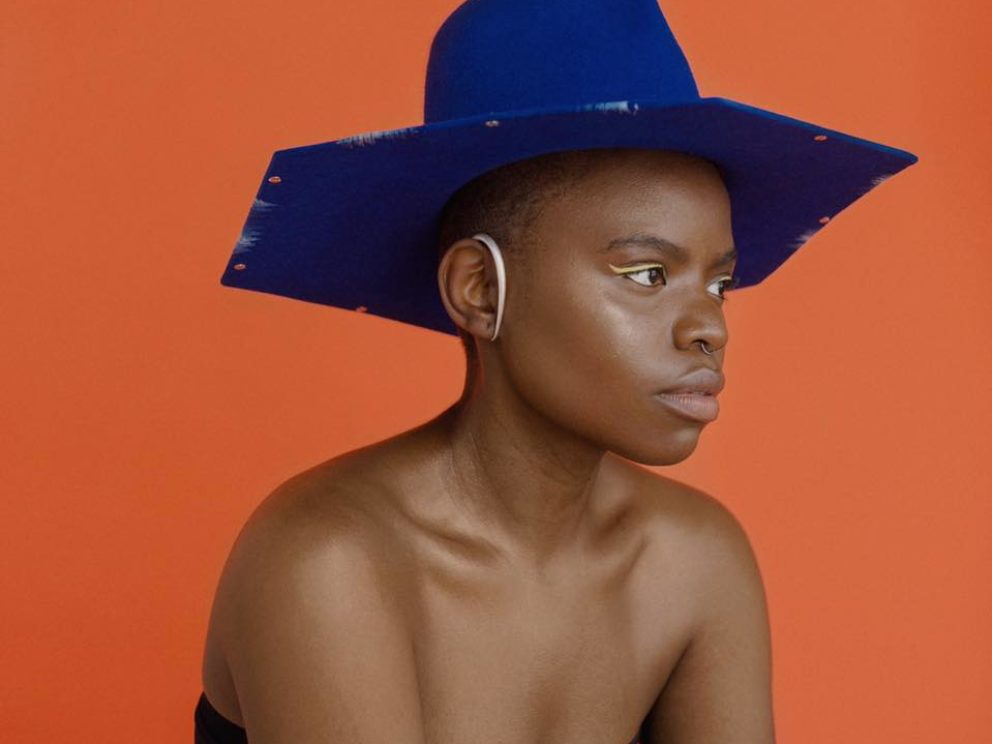 The name Vagabon, like the vagabond evokes a certain romantic imagery of a lone wolf traveling from place to place without a home. Well, the singer and guitarist with the name inspired by it is also quite the globe-trotter. Attributed to her by her mother, the nickname stuck and now we caught Lætitia Tamko, aka Vagabon at her Berlin show before she flew off to another place.