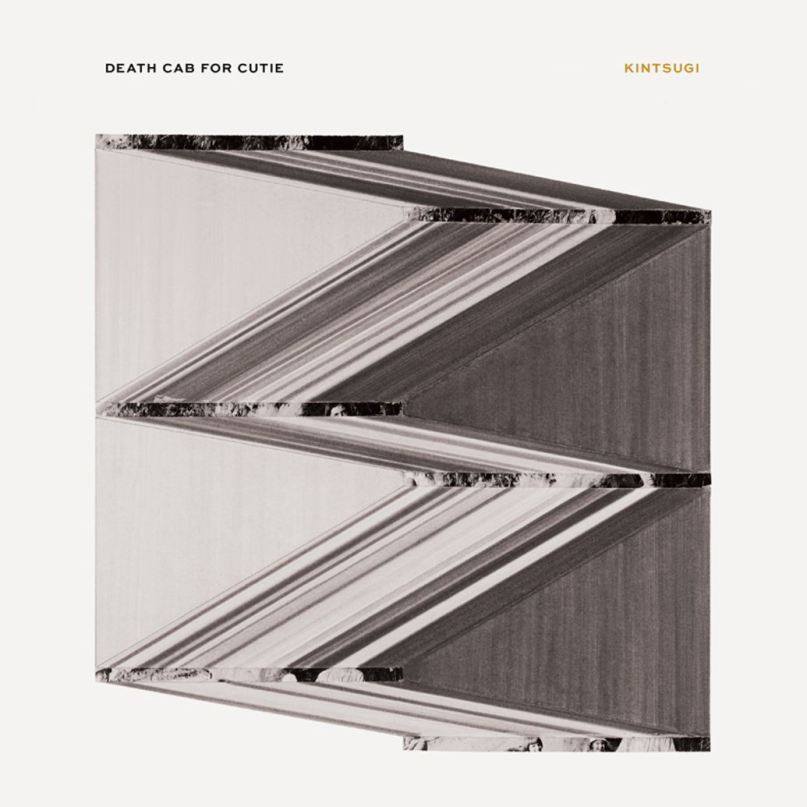 When sad songs make you happy…

DEATH CAB FOR CUTIE have the ability to make intimate songs sound unbelievably universal. Even after 18 years in the business they haven’t lost that magic although their last records couldn’t quite stick up to the quality of their earlier work. But in 2015 this is about to change as DEATH CAB deliver their finest album in a decade. On Kintsugi their songs sound like melancholic, poetic novels with some brighter parts like in the last hopeful and piano-driven song Binary Sea. Benjamin Gibbards soothe and unique voice sets listeners in this emotional, thoughtful and maybe even nostalgic atmosphere throughout the record with kinda sad lyrics like ‘was I in your way, when the cameras turned to face you, no room in frame for two’, or like ‘I hope your absence makes us grow fonder, I hope we always feel the same’ in Little Wanderer. More examples needed? ‘How could someone so fair be so cruel, when this Black Sun revolved around you’ in Black Sun. The lyrics combined with almost perfectly fitting melodies and arrangements are undeniably beautiful and have the potential to set you in high spirits. The boys use their familiar recipe and add a few fresh ingredients to it.

Working together as a band for almost two decades you might think the recording process gets routine. And maybe after always self-producing their albums the band was about to fall for that routine on Narrow Stairs (2008) and Codes And Keys (2011). But now with Rich Costey as producer (MUSE, SIGUR RÓS) they got the chance to make new experiences. The catchy and surprisingly funky song Good Help (Is So Hard to Find), the mid-tempo ballad Little Wanderer and the first single of the record, Black Sun, were recorded with all four band members in one room jamming together- definitely a good way to get elements which are just floating naturally for the perfection of the final song. According to McGerr a quite new situation for the band, as Chris was usually mixing. It definitely proofs that changes can lead to great results as the record sounds unbelievably natural and easy, as the music just happened without affecting the great producing quality of the recordings. Kintsugi got a stronger note of 80s influenced wave rock á la THE CURE without sounding pretentious of gloomy at any point. Fans can still expect sweet and reduced acoustic material like the tender ballad Hold No Guns.

Every end’s a new beginning

Kintsugi is a Japanese art of fixing broken pottery with gold – making things that fell apart even stronger than before. This could be clearly seen as a metaphor, as Kintsugi is the last record with talented producer and instrumentalist Chris Walla on it, who was leaving the band to focus on producing in the future. But the record does not sound like a good bye or a discouragement at all – it still sounds like DEATH CAB FOR CUTIE. The songs are as strong as on Plans or the almighty Transatlanticism and this hasn’t been the case in a while. From the uplifting spirit of The Ghosts of Beverly Drive to the sweet melancholia of El Dorado – it’s strong, confidence and shines, indeed, like gold. This is not the end, it might be the beginning of a new era for the band and hopefully it makes them stronger – like Kintsugi – with a lot more stunning music to come. The DEATH CAB has not arrived yet and that’s one of the most satisfying news we heard in a while, right?

Backed by confidence, great songs and a few new ideas DEATH CAB FOR CUTIE return to form on ‘Kintsugi’ as they deliver their finest album in a long time.