More than a decade after having gotten introduced to Seattle-based major act Death Cab For Cutie, I have yet to narrow down the issue of my personal favourite record of the indie icons of the American Northwest, which I still find an impossible task to do after all these years. What I am more certain about though, is to pinpoint the album that really made sure I stuck with them for the better part of the following decade.

Plans, the 2005 successor of the raw and at times ambient aesthetics of Transatlanticism does not aim for the grand conceptual frame of its forerunner, but challenges the manifold emotions that run through a mind navigating through sentiments of desire, loneliness and longing for community and stability. What really made me fall in love with these songs was how the group found a way to integrate their intense poetic songwriting – which for me reaches a major peak here – into mellow pieces that remain wistful and vibrant, despite their strong catchiness.

“A melody softly soaring through my atmosphere“

Yes, Plans carries a strong sense of warmth and less of an edgy spirit – gone are the raw and sometimes offbeat song patterns, traded in for more approachable structures that vary between piano and guitar fundaments. More melodious and captivating than ever, Death Cab For Cutie then span contagious harmonies together that invite, no, more demand to sing along.

But almost as the flow is about carry one away, the introspective angles of the songs are as alerting as a wake-up call. The atmosphere created is stunning, captivating and alluring, but it is enriched with a sense of poetic imagination, that I still find to be thrilling and nostalgic in the best way possible, even to this day. Only take the beginning of track seven, Someday You Will Be Loved:

“I once knew a girl

In the years of my youth

With eyes like the summer, all beauty and truth

In the morning I fled

Left a note and it read

Someday you will be loved” 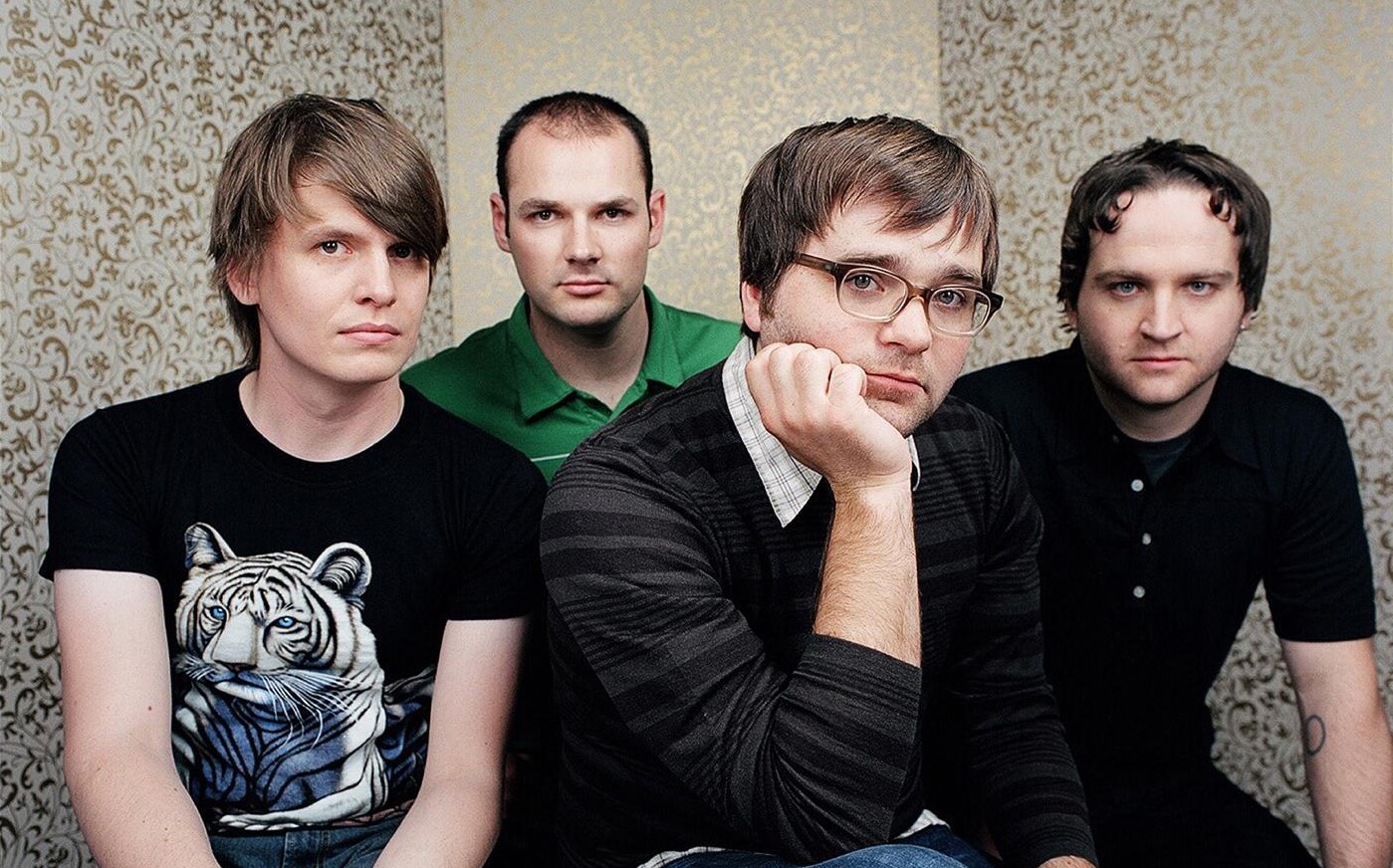 Some true cuties, right? Death Cab back in 2005

A simple chord pattern of just five chords, softly strum on an acoustic guitar, soon fronted by a mellow voice that is promising to follow his beloved, wherever he may have to go – and be it into the dark abyss of eternity. Love, desire and fear are competing right next to each other for the emotional world of the singing artist, as he battles for his significant other in a cosmic struggle with the elements.

Equally moving and refined, especially the piano-led ballads of Plans really make this record the tender work of art that it is. In Different Names For The Same Thing, the flowing-like keys gently accompany a reflection over the „boundaries of language“ that obstruct our mutual understanding of the world, before the tune changes into a fuelled version, abandoning the keyboard for a steady set of drums and guitars, a bit foreshadowing the direction the band would take on Plans’ successor Narrow Stairs. In a similar manner, the moving What Sarah Said initiates the final cycle of the album, narrowing down towards a more quiet and introspective manner. The slow and tender Brothers On A Hotel Bed is its peak here, with the pulse of desire beating from every artery of the piece:

“And I have learned

that even landlocked lovers yearn

Cause now we say goodnight

from our own separate sides”

Honestly, up to this point there haven’t been much songs that come as close to putting me in a mood that can be compared to the soothing state of mind, the final Stable Song puts me in every time, still. A reworking of the 12-minute-track Stability from an earlier EP, poetic immersion is married at last to intimate and sparse instrumentation. Drawing the mindset of a reconciled mind looking ahead a new future and yet, scarred with what he cannot let go: „The gift of memory’s an awful curse / With age it just gets much worse“.

And while the final gusts of this tranquil gem fade out in its repeated chorus punchline, I won’t mind, it does feels like a „final bow“, a gentle finish line to round off things for good. Well, Plans has been a smooth listening experience all along, but here, the sense of reconciliation is lifted on a higher level. It was not the last breath, apparently, as a few years later, Narrow Stairs marked yet another phase of Death Cab For Cutie, again heading to directions not known at that point in time.