This article was originally published on May 12, 2016 and then slightly updated and refreshed for the record’s 20th anniversary five years later.

The biography of Depeche Mode is packed with lots of ups and downs and plenty of memorable hit singles and records. Just take the legendary 1990 Violator album and its singles Personal Jesus and Enjoy The Silence. Black Celebration, Music For The Masses, Ultra – the gang around Dave Gahan and Martin L. Gore released enough albums worth being remembered. And although Depeche Mode fans don’t agree on much, most of them agree 2001’s Exciter isn’t one of those records.

Ever since its original release on May 14th in 2001, Depeche Mode‘s tenth studio album hasn’t had an easy standing within the band’s loyal fanbase. The follow-up to 1997’s sort-of-comeback album Ultra didn’t deliver any big hit singles, and its quite unusual sound and look confused many devotees. Bright minimalistic beats? Reduced instrumentation with a lot of ‘click’ sounds? No grimly Anton Corbijn music videos and far too little black in general? Yes, this one was a different album, but it’s that special nature that makes Exciter indeed quite exciting, even if it sounds quite calm. To celebrate its 15th anniversary we want to remind you about this almost forgotten gem.

1. Let’s be honest: it’s the last time the band truly surprised us

Prior to the release of Exciter every Depeche Mode album gave a surprising ‘Oh, that’s interesting’ feeling when you gave it its first spin. The grungy rock sound of 1993’s Songs Of Faith And Devotion clearly broke with the band’s past and so did the gloomy trip-hop sound of Ultra. Exciter‘s bright and reduced sound was clearly connected to Björk producer Mark Bell who supported the group in the studio, resulting in an unusual and surprising sound. Whether it was the reaction towards this album or something else, but the following three records (all created with producer Ben Hillier) played it safer, especially 2005’s Playing The Angel where the trio’s call for a certain darkness made them sound like their own cover band. Their latest album, 2017’s Spirit, however was a boost of quality and might even be a bit better than Exciter due to its great songs but it wasn’t a total surprise at all. The band’s not done yet so we’ll see what might happen as they enter the final phase of their career.

2. It’s the only Depeche Mode record to show their delicate and lighter side

Yes, the boys from Basildon have always been about darkness. Although album number ten has its sinister moments here and there, it’s the reduced and light sound design of Mark Bell that shows the band from their most delicate side ever. Songs like Shine and Freelove are floating through the air like a warm summer breeze while love remains the main topic of the LP. And we’re not talking about the tortured and painful sort of love – this LP is about the one that actually works and this is such a sweet thing to hear from these guys.

3. One of the band’s finest ballads is featured on it

Although the group released plenty of truly wonderful ballads over the course of their career, the fragile When The Body Speaks might be their finest one so far. Six minutes of soulful sensuality, bound together by a sea of strings and Gore’s gentle guitar playing while Gahan plays the longing lover with one of his most stunning and delicate vocal performances in the band’s career. It’s one of those tracks Gore would usually sing, but this attempt makes it even more impressive.

Okay, to be fair, Depeche Mode have always been dealt a good hand when it comes to remixes. Exciter is no exception to the rule, so it’s highly recommended to search for remix goodies from that era. Dave Clarke, for example, did a really sweet sort of ‘acoustic version’ of the lead single Dream On which is entirely based around the bluesy guitar riff. Bertrand Burgalat & A.S. Dragon on the other hand gave the instrumental Easy Tiger an almost jazzy touch. There are countless remixes to the floor-filling I Feel Loved, but we recommend sticking with the Danny Tenaglia ones. And former The Notwist member Console managed to give Freelove even more clicks. The same song also gets a remix treatment by DJ Muggs of hip-hop legends Cypress Hill because… well, why not?

5. Face it: Anton Corbijn delivered the last truly awesome artwork for the band

The agave attenuata plant might not be as powerful as the legendary Violator rose but that green colour perfectly sets the tone for the rest of the album. It’s as simple as it is wonderful; efficiency at its best. The band’s longtime visual companion Anton Corbijn reached another peak with this one. All due respect but the weird feather guy from Playing The Angel (2005), the dull minimalism of Sounds Of The Universe (2009) and whatever the heck Delta Machine (2013) was can’t compete with that beauty. 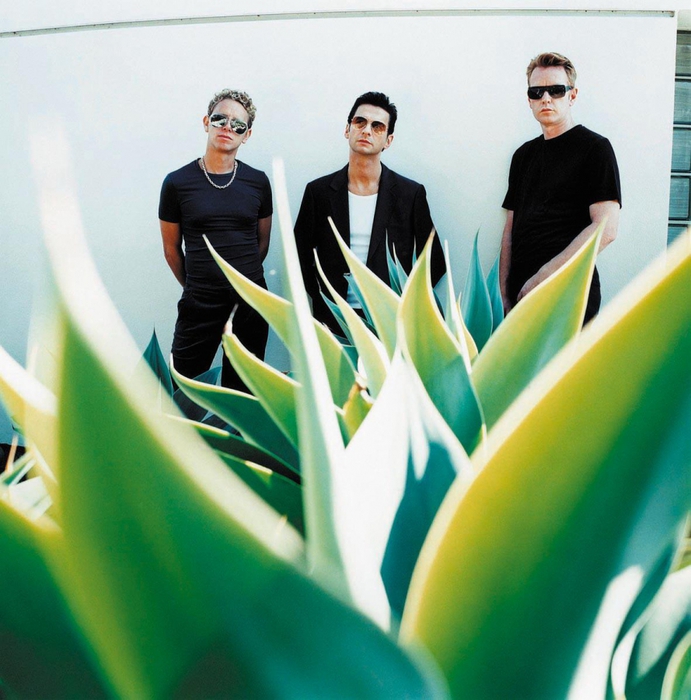 6. It’s got the perfect song to end an album

The gentle lullaby Goodnight Lovers takes the reduction to a maximum and works as one of the most brilliant duets between Gore and Gahan with the latter one again providing a stunning amount of delicacy in his voice. If the band would have ended after this one, it could have been the perfect swan song.

Thank god, 20 years later Martin Gore, Dave Gahan and Andy Fletcher are still there. Although it looks they’ll be breaking their ‘a-new-album-every-four-years’ cycle for the first time this year, we can hopefully expect a bit more music from them in the not so distant future. Fingers crossed. Until this happens please take your time and discover Exciter again right now.