Electronic Beats Festival returns to Germany on May 29 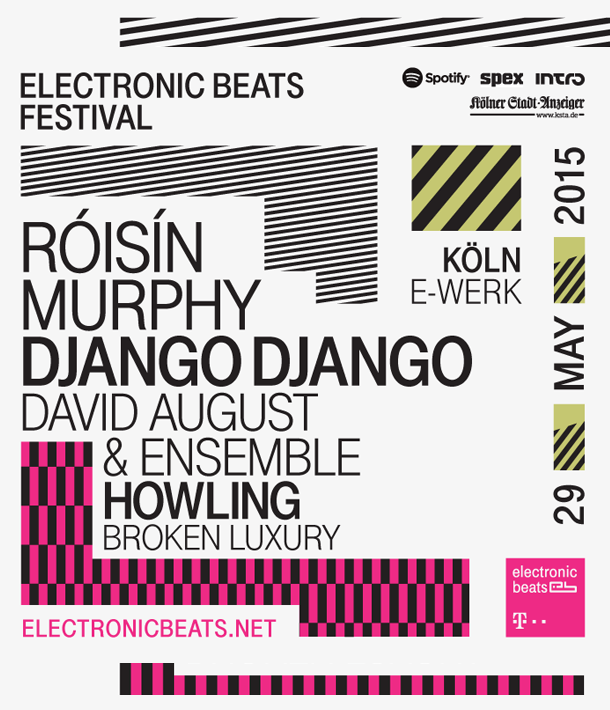 Like in the years before, Germany is only one of many stops for the ELECTRONIC BEATS event series: there have already been events in Warsaw, Prague and Bratislava in February in March. Special about the festival is that there are performing different acts in every city: in Warsaw for example METRONOMY and HIGHASAKITE did play, in Prague by contrast WARPAINT and VON SPAR have been part of the event. NOTHING BUT HOPE AND PASSION is in any case convinced by its’ German line-up and will definitely check it out for you. And you can join us as we’re giving away 1×2 tickets for the already soldout event in Colgone! Just send us a mail to win@nbhap.com with your full name and the subject ‘EB’ to win tickets. Find all the details below.