13 Essential tracks of The Smiths 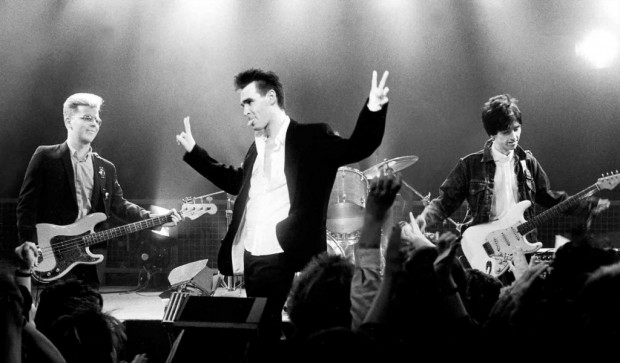 As you might have noticed earlier this week the legendary self-titled debut album of THE SMITHS celebrates its 30th anniversary these days. It was the 20th of February in 1984 when this record hit the shops. And the rest is most likely history. Although THE SMITHS remain one of the most influential bands of the past decades there’s a high chance that you belong to the not so small group of people who’s not that familiar with the band.

If you were ever looking for a way to dive deeper into the music of MORRISSEY, Marr and their melancholic compositions NOTHING BUT HOPE AND PASSION provides you with a beginner’s guide to the world of THE SMITHS. Yes, we know it’s almost impossible to point out THE record to start or THE best songs. What we give you instead is thirteen tracks that – in our understanding – mark the very essence of this band and their five-year-long-lasting career. Maybe they’ll save your life as well.

‘Gasping… but somehow still alive’. As the rain is pounding Morrissey addresses his lost love. It’s one of the band’s saddest tunes and a moment of pure 80s wave bliss.