‘Fear Is On Our Side’ Turns 15: Reflecting On I Love You But I’ve Chosen Darkness’ Debut Album

This article was first published in March 2016 for the record’s 10th anniversary and was later updated in March 2021.

Pop music’s history is packed with forgotten gems and records that managed to slip under the radar and right into oblivion. Thank god we live in the age of streaming where barely any record, at least of the last 15 to 20 years, gets lost anymore. These circumstances give new generations the chance to rediscover former greatness in the most comfortable way. You are capable of making these choices every second, even if your choice might be darkness. But, let’s face it; there are far too many tempting aspects to go for the sinister side of music anyway, right? There’s a band from Austin, Texas, that already got that credo in their name: I Love You But I’ve Chosen Darkness. On March 7, 2006 they released their debut album and trust me, it’s never too late to fall in love with it.

So many things can change over time …

One tends to almost forget how different the music and media industry looked like fifteen yars decade ago. Traditional music television was in its final days and the digitalization of the music distribution just began. Although iTunes was already five years old in 2006, the whole industry was very much relying on CD buyers back then. It was the dawn of the independent music scene right into the mainstream and the blogosphere became the place where to look for all those hot and fresh new bands. Who knows: maybe they even got a free download on their MySpace page back then? Right at the start of the hipster movement everyone was looking for the next big thing and all those talented new artists tried to gain as much attention from Pitchfork and Co. as possible, also resulting in that phenomenon of ridiculously long band names. Clap Your Hands Say Yeah and Someone Still Loves You, Boris Yeltsin might be too prominent examples and so were I Love You But I’ve Chosen Darkness. Still, they didn’t aim for the same audience. They made a different choice… a darker one.

Fear Is On Our Side, the band’s debut album, is a testament of darkness with post-punk roots and the ethereal power of shoegaze. Chosen Darkness sounded as if The Cure and The Jesus And Mary Chain had a dark twisted love child which also enjoy Joy Division and Slowdive every now and then. It might be a sinister piece of atmospheric goth rock but also one that carries plenty of hope and uplifting spirit in it. Fear Is On Our Side is a mind-blowing journey through the twilight, guided by a playful and complex band. It’s a tremendous experience from start to finish and maybe one of the most underrated debut albums of the past decade.

While the band’s self-titled debut EP from 2003 was produced by Britt Daniel of Spoon this record saw Paul Barker (of legendary 80s wave group MINISTY) stepping in and shifting the sound away from the pure Interpol-inspired indie sound to something more complex and multi-layered. Opening-track The Ghost might still recall the band’s earlier days but already the second track, According To Plan, showcases the new confidence within the group. It’s especially interesting when you compare it to the 2005 single version of the same song which sounds way simpler before Mr. Barker got his hands on it. The album version is a pumping but also dreamy piece of hypnotic post-punk in which singer Christian Goyer delivers all the devastating ‘weltschmerz’ you expect from such a band as he sings:

In a perfect world, the perfect place is with you
The truth is, the world is without love. 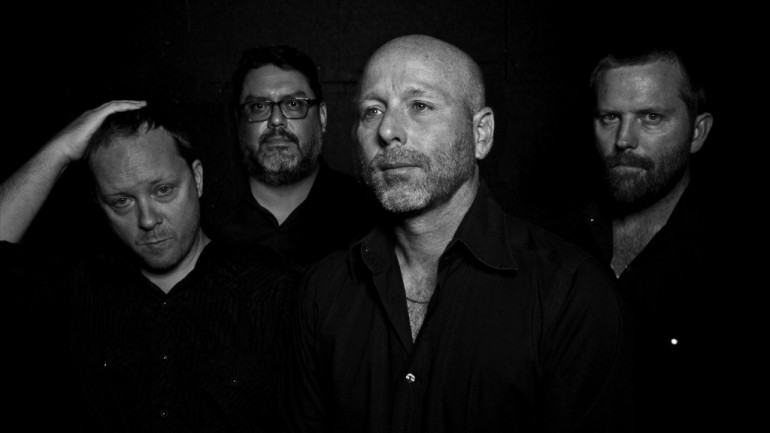 The heart of the record might be the majestic build-up to track number six, We Choose Faces. It takes two (!) instrumental interludes in a row before this six-minute long shoegaze monster shows its entire face. Breathtaking, hypnotic and packed with far too many guitar layers in which Goyer almost gets lost in the end. Still an impressive piece of music. There’s no necessity right here to make a specific ‘track-by-track’ for the entire album. That would give away the joy of discovering all those sweet and gloomy pieces songs. From the hopelessness of Last Ride Together to the laconic Long Walk, right to the powerful closing track If It Was Me – by then you might definitely not back out of this journey.

For all those of you who prefer darkness over the light the choice has to be I Love You But I’ve Chosen Darkness; at least you should give it a try. The fact that it took the band eight years to record a second album called Dust might have also helped to shape the status of Fear Is On Our Side. The band vanished for multiple years without a sign of life after 2007. MySpace went down, Facebook went up, the recording industry changed and so did the blogosphere. I Love You But I’ve Chosen Darkness already vanished again, following the release of Dust. And although the group back then stated that it is impossible to ‘unchoose’ darkness when NOTHING BUT HOPE AND PASSION asked them, only they know if or when they will show up again. If they stick to their eight-year-rhythm I’m really crossing my fingers for 2022. I will always choose this path. It’s not always the most comfortable choice but life isn’t easy, music isn’t always happy and the sooner we all acknowledge that fact the more enjoyable this record is, even fifteen years later.