More than ever we long for harmony and beautiful ways of distraction in the summer of 2020 considering the fact that the Corona pandemic forced the entire live music scene and club industry to shut down while we’re also witnessing the unstoppable protests against racism and social injustice in America (and other parts of the world), a country that is still run by a madman. So, inevitable change is in the air but things are currently still unclear and we’re witnessing the everyday struggle to make this change happen. Every now and then it’s good to let off some steam but – as just mentioned – that gets kind of tricky when the clubs and parties are closed. There are, however, alternatives – parties in the park, alone or together with friends; something a bit purer and intimate, maybe. And of course, you still have the option to party by yourself or switch your mind off by listening to good music, right?

Needless to mention that the beloved Too Slow To Disco sampler series from DJ Supermarkt has become a stable force when it comes to delivering such positive vibes. We’ve told you about the man’s honest quest for offering the coolest yacht pop and soul vibes to the world before and you might also remember his special space-themed guestmix he produced for NOTHING BUT HOPE AND PASSION two summers ago. So, obviously, we’re beyond the moon to have the man himself back with a new exclusive NBHAP Guestmix, that happens to appear just a few weeks after he released a great new sampler called The Ladies Of Too Slow To Disco 2. Female energy is a driving force behind this joyful and summerly selection as well, so we took the chance to catch up with DJ Supermarkt to talk about this great mixtape he made for us (and you), his new sampler and the struggle of a DJ who loves to play in front of others but is forced to not do this for a longtime.

So great to have you back with another special and soulful mixtape for us. Tell us a bit about this selection you put together for this one. 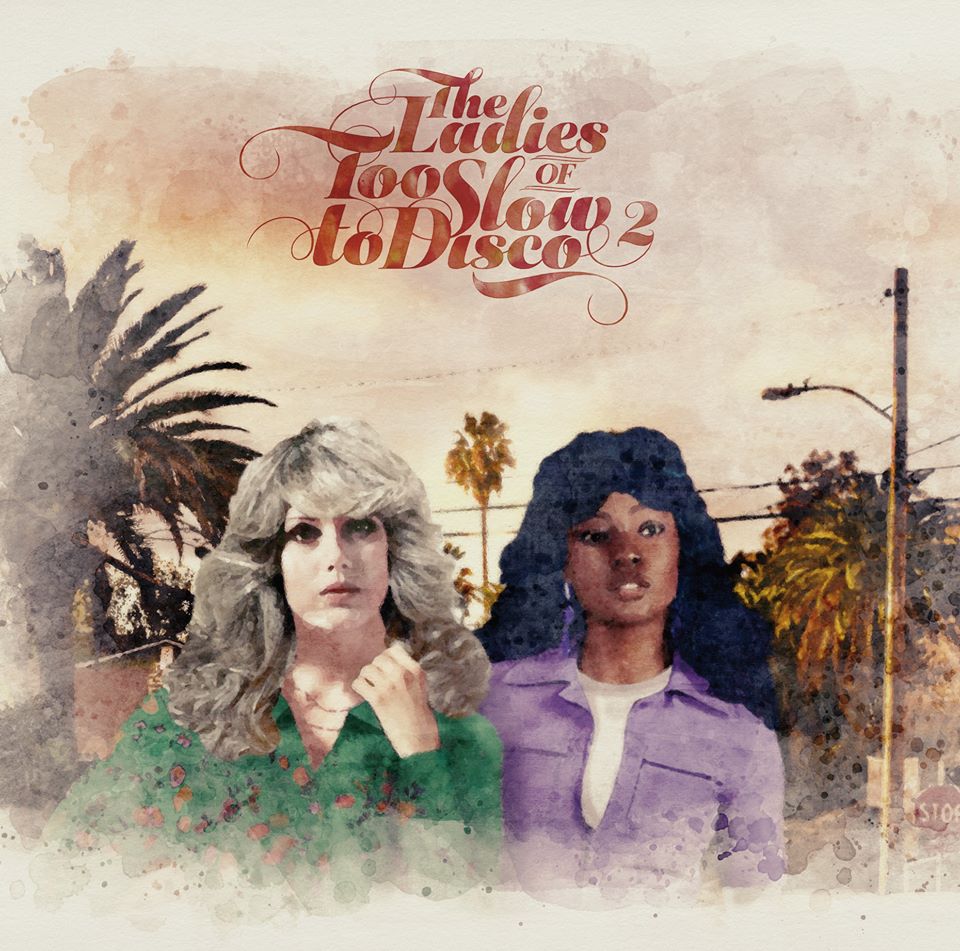 “The Ladies Of Too Slow To Disco Vol 2” is out now!

Well, it kinda happened a bit unplanned. I was looking for a good idea for this mix, an idea that would fit the release of our compilation The Ladies Of Too Slow To Disco 2. So I was starting to wade through tons of Westcoast/Yacht influenced smooth female Disco tracks, and suddenly I realized that the track I liked most in my list were all written or performed by Afro-American – female “ladies”, which I found an interesting concept. Plus, all tracks are reworked recently by modern producers, who were very careful and close to the originals. As you can see from the tracklist, I bypassed the obvious, more famous artists, and concentrated on the second line of musicians, so some of the listeners can maybe discover something new here. And I guess thats what TSTD is all about!

Anything in particular we should look out for in this mixtape?

I recently read about Phyllis Hyman’s life story and it is heartbreaking. She had her successes, but struggled and died of an overdose in 1995, every single album of hers is a masterpiece in soulful smooth Disco. Also I really got into South African jazz/soul musician and singer Letta Mbulu, who recorded this masterpiece album In The Music The Village Never Ends in 1983, which features the track Normalizo (rereleased by Be With Records some years ago). Last, check out Sylvia’s life story in music, it is breathtaking what she achieved, not only with her own music, but also later with her work as founder and CEO of Sugar Hill Records, who released Sugarhill Gang’s Rappers Delight (1979) and The Message (1982) Grandmaster Flash And The Furious Five; which caused her to be dubbed “The Mother of Hip–Hop”.

As you just said, The Ladies Of Too Slow To Disco 2 has just been released, another yacht sampler with a female focus. How would you describe the role of women in that scene back then? Do you feel they are a bit underrepresentated in retrospect?

It was a terrible time of a macho music business world (well, kinda like it still is today..), and they had to fight double as hard to make it. I think it’s changing now, how they are seen. Working with them, I can clearly say, that they are much better organized then their male counterparts. I was able to license some of the tracks directly from them, because they fought hard to reclaim the rights of all those lost and unheard tracks/albums. I was very lucky to be able to include two tracks from the „Womens music“ scene, that started already in 1973, something I had no idea about: Linda Tillery and Holly Near. Both tracks are from labels (Redwood Records and Olivia Records) run by women only, on the studio/musician side as well as on the business side. Some musicians and label owner were openly lesbian, all are strong Womens Rights Activists until today.

This is a weird summer for all of us but also for a club DJ like you. How much are you missing the dancefloor?

Thats hard to put in words. I do what I do, to look into peoples faces, feel a night together with every single dancer, try to make people laugh, act and react. I can’t do that via streaming, without any reaction. Not my way of deejaying! Not feeling it…. 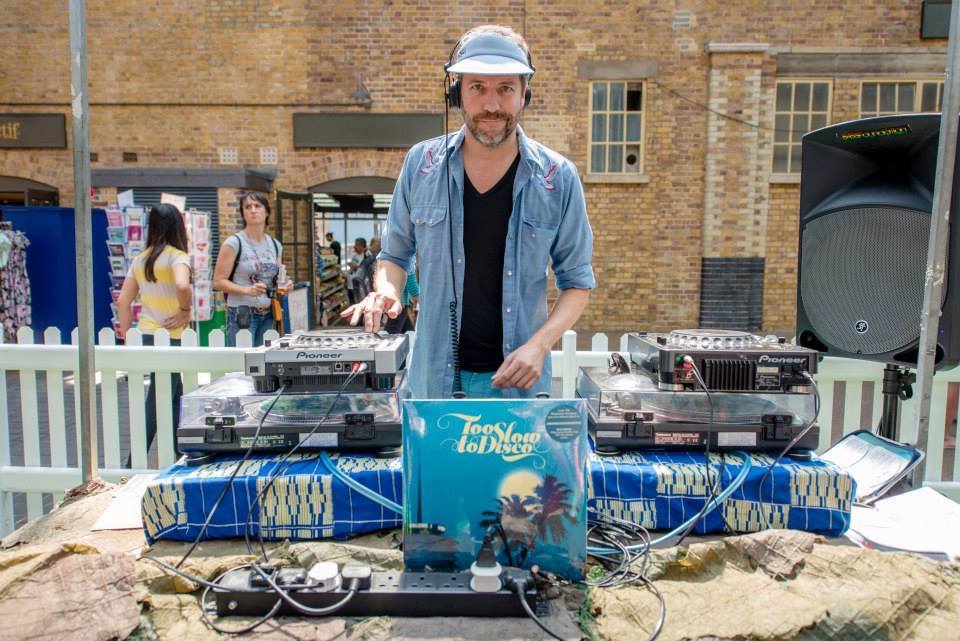 Do you suddenly find yourself overcompensating the missing live experience by – I don’t know – doing plenty of new Soundcloud mixes, quickly working on a new sampler or other stuff?

It is impossible to compensate, because deejaying for human beings that I can see/feel is my life elixir. DJ Mixes like the one you are about to listen are fun to do, no change to before, but as through my mixes I always try to make people feel good and laidback for a minute, it is important for me to be in a good mood to work on it. Doesnt always work nicely, but this time for NOTHING BUT HOPE AND PASSION I got into the right mood, as soon as I had the concept together, because I thought it would be a great mix in the end this way. I am working on more TSTD compilations, which also feels good, but all my life as a DJ feels on hold … I am not very inspired at the moment. Hope that changes….

Anything new you learned about yourself or life in general during this lockdown?

I am very bad at coping with situations like this! Who would have thought….? My close friends and French wine is my only help so far!

How shall we survive this weird summer? Any tips you’d like to give us?

Concentrate on other things….. Waiting… Listen to music, because there is great music released every day now. What else can we do? I am the worst to ask.

You heard the man – stay safe and keep the solidarity up so we can dance again to his wonderful sounds in the not so distant future. And, of course, don’t hesitate to show your support by purchasing The Ladies Of Too Slow To Disco 2 right here. But right now, finally and without further ado, may this wonderful mixtape make your summer a little bit less miserable.

Tracklist – ‘The Black Ladies Of Too Slow To Disco’