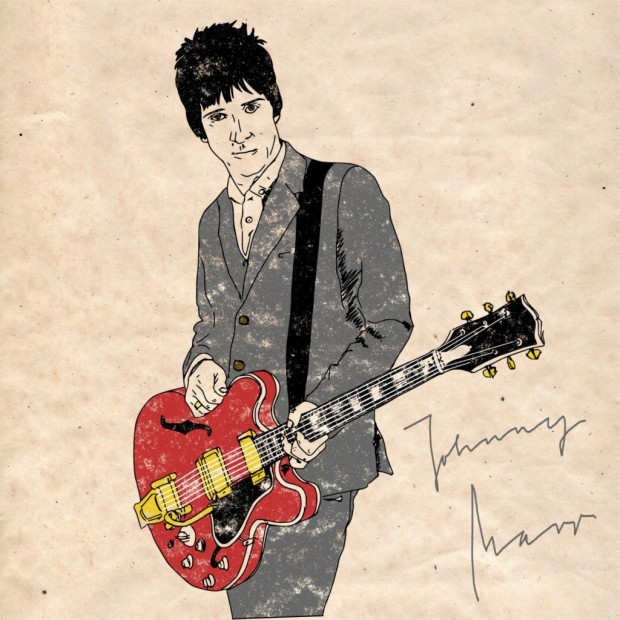 For some it’s just a number, others tend to interpret far too many things into the aspect of age. But, let’s face it… even a person like JOHNNY MARR turns 50 one day. He did last year but that’s also the end of it. Not only his ever young appearance shows no signs of wear, it looks like he isn’t done on the artistic side either. Leave the midlife crisis to any frustrated ordinary office worker, Mr. MARR isn’t one of those poor fellas. Playland, his forthcoming second solo album arrives less than two years after his debut The Messenger. And after spending his past musical life mostly in other bands it looks like he finally became his own master. He immediately started the work on Playland right after he finished touring his debut. JOHNNY MARR is clearly one thing – a restless guy. He’s far from retiring and you quite quickly get an idea on why he’s always so eager to move forward. Those who refuse to follow his speed might face a problem. Legendary SMITHS split-up rumours say that it was partly also due to MORRISSEY‘s refusal to include more electronic elements in the band’s sound that drove his partner away and into the arms of NEW ORDER‘s Bernard Sumner for the side-project ELECTRONIC. And the fact that MODEST MOUSE haven’t released an album in the past seven years might be also one reason why he couldn’t stay.

‘Its a nice slogan’ notices Mr. MARR about NOTHING BUT HOPE AND PASSION when we met him for a quick chat about his forthcoming new album. Although being one of music’s most important persons of the past three decades he’s still a quite down-to-earth-guy. Friendly but wise and quite literate as well. Playland is inspired by Homo Ludens, a 1938 book by influential Dutch cultural scientist Johan Huizinga. Back then the concept of playing was described as a main element for cultural progress. But besides that intellectual foundation Playland is mainly one thing – a surprisingly catchy and fresh-sounding piece of melodic indie-rock that shows its creator at the top of his game. ‘Songs that move at the speed of life’ was one of the main themes in the creative process of recording the record as JOHNNY MARR tells us during our talk.

It’s kind of funny that U2 tried so desperately to record an album, which was supposed to sound ‘fresh’ and ‘contemporary’ and ended up with a quite ordinary pop record. And here you go with a really fresh sounding longplayer…
Johnny Marr: I think it helped, that I was writing it when I was on tour. As soon as The Messenger was finished, we started touring and I wanted to keep writing. I don’t have to wait to sit down in some hotel, or go to a desert island or sit in the park looking in my inner self. I’m always playing and I think that energy went into the record.
A musician beyond 35 who says, ‘I want to be relevant’ is a dick. If you say that, you are tragic. You should just do what you like. You can have many considerations when you make a record. You can be worried about your legacy, about the critics or about your relevance. You shouldn’t do that. It’s good to ignore that. You gonna be okay with who you are. I think if U2 sounded like U2, then it would have been alright for people who like that. But when you’re like ‘critics please like me’, fuck off. Cool bands don’t do that. (laughs)

Where have you drawn your inspiration for Playland from?
In the 70s there were amusement arcades in the UK and the US that were called ‘playland.’ There was a famous one in London, with video machines and all that stuff and it used to attract a lot of kids who left home. It was a place of a lot of illegal activity; there was prostitution and drugs and stuff. So inside of that playland there was a lot of danger and sadness. To me it was a very intriguing sort of idea. A lot of songs are about the way we run around in our own playlands, which are not necessarily positive. It’s more like pursuing consumerism and entertainment in order to escape from boredom and paranoia. And it’s also about chasing sexual buzz and drug buzz and distraction. We go chasing these things because we might feel paranoid, or tensed, or bored but these things are the reason why we feel like that. It’s a loop.

I read the 1938 book ‘Homo ludens’ by Johan Huizinga was an inspiration as well.
When I came across Homo ludens, it gave me more to think about. It talks about children and the function of play and it also describes how it stops us from being okay with ourselves and how we constantly look for distraction. That causes a sort of separation from each other, we are walking around with our heads down.
As the album goes on, it gets a bit more uptight. It starts talking about euphoria which I took from stories about schizophrenia. Towards the end of the album I got a few things from Homo ludens.

The start of Playland is indeed quite upflifting. ‘The universe explodes’ sings MARR as the rough rocking Back In The Box opens the record. The pumping Easy Money tempts the listener – not just literally – with shiny promises of a better live. MARR delivers an instant four-to-the-floor indie-disco hit a lot of young bands in their early twenties would kill four. He’s in his element even when it comes to more melodic tracks like Dynamo or the sweet The Trap which resembles his SMITHS roots more than any other piece on the new longplayer. JOHNNY MARR is the king of Playland, there’s no doubt to it. He likes to play with his guitar and his backing band. 25 Hours and Boys Get Straight are quite intense pieces of good-old British rock. Something you wouldn’t find on an album like The Messenger. It’s also a great musical metaphor for the hectic times we’re living in. This Tension right at the end becomes a perfect example for what MARR is aiming for in terms of his lyrics. He tells us: ‘This song is about all this stuff we’re chasing after. There is a time that we look at ourselves and we say ‘I’m not being real with my boss or my parents or my girlfriend’ and the spoken words at the end of the song is basically someone having a panic attack.’ After all, MARR is a realist. You can’t escape 21st century acceleration, he’s quite aware of this as his smartphone is also in reach when we talk to him. It’s more about facing these modern demons and reflect on our behaviour. Playland is the artist’s attempt to look for a solution.

Society becomes more complex accelerated, so the wish to escape becomes more desperate as well. Would you agree?
I do think that. I am also a product of the culture as a musician who makes a living from it. I don’t want to criticize. For me it’s important that the music I make makes you like rock’n’roll, although I try not to use the term rock’n’roll because I think it’s a redundant philosophy. I want to celebrate the ‘Wow-feeling’ you have when you put a good record on. The song Playland is a good example. It’s about when you push the button and play a rock’n’roll song really loudly and you escape but it is also talking about sexual pleasure. Those two things have always been linked.

Is there a solution how we can get a better connection with each other?
I think we need to get a connection with ourselves before we can get a connection with each other. I just don’t want to strum my guitar and sing about how I feel. I don’t care about how the singer feels. The bands that I liked when I was a kid, were singing stories about abstract stupid things. Because I’m a writer, I write about what I see and what I’m interested in. I like architecture and buildings and I like this thing called psychogeography – it’s a tradition in literature from writers like Baudelaire, Thomas de Quincey and Walter Benjamin. It’s about walking around in cities and imagining the atmosphere and stories behind buildings, that to me is really fucking cool. I’m constantly trying to pull things in from what I see in the city. The song Dynamo sounds like a pop song, it’s a love song, but it’s about falling in love with a building. 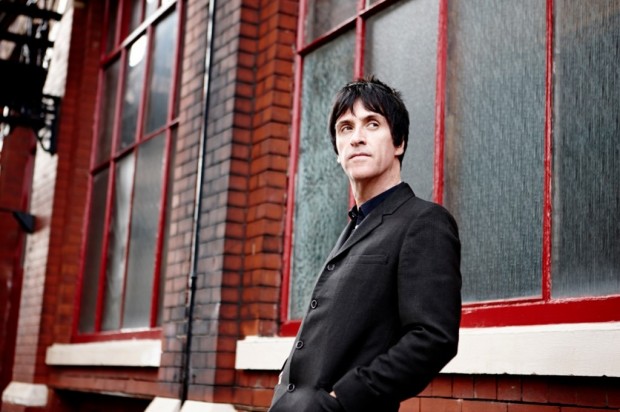 Well, you might now JOHNNY MARR as a guitar hero who wrote so many legendary riffs and melodies but who would have guessed he’s also a good lyricist. In 2014 the artist seems more confident as ever in what he’s doing, especially in his role as a frontman. Still, being a solo artist seems to be a quite new situation for the charismatic Mancunian. Still it is somehow impossible to speak to him and avoiding his previous achievements for contemporary music. The question remains: did it need all these bands to finally find the amount of creative freedom within his solo work that he was longing for?

So you figured out that you have to do it on your own?
Yeah. I live for ideas. What keeps me going is what the new ideas are gonna be, for the new songs, and where the band is gonna go. I’m kind of addicted to ideas and sometimes I have kind of a hard time being expected to act the way rock musicians usually act. You’re supposed to stand up against the wall with a leather jacket with the same four people for 45 years.

Do you enjoy being a frontman now?
I never put so much of a mystical position on the guy in the front. I don’t think you have to be a born frontman, I think it’s something you can learn. There are two ways to be a frontman: One is to be a young show-off – I didn’t want to be that guy – the other one is to be a man with experience. The audience has to believe you, they have to believe why you are there in front of those other guys and you have to have a reason. It could be your charisma and your balls and you saying I’m fucking great. But I didn’t want to walk around in my private life like that, I didn’t want to be that kind of person. I made the choice at seventeen to not be the frontman in THE SMITHS so I went and knocked on MORRISSEY‘s door. But now that I’m older, I can be a frontman because the people know that I’ve been a musician for thirty years and I live it. I know that they like me and I will try to live up to that responsibility. 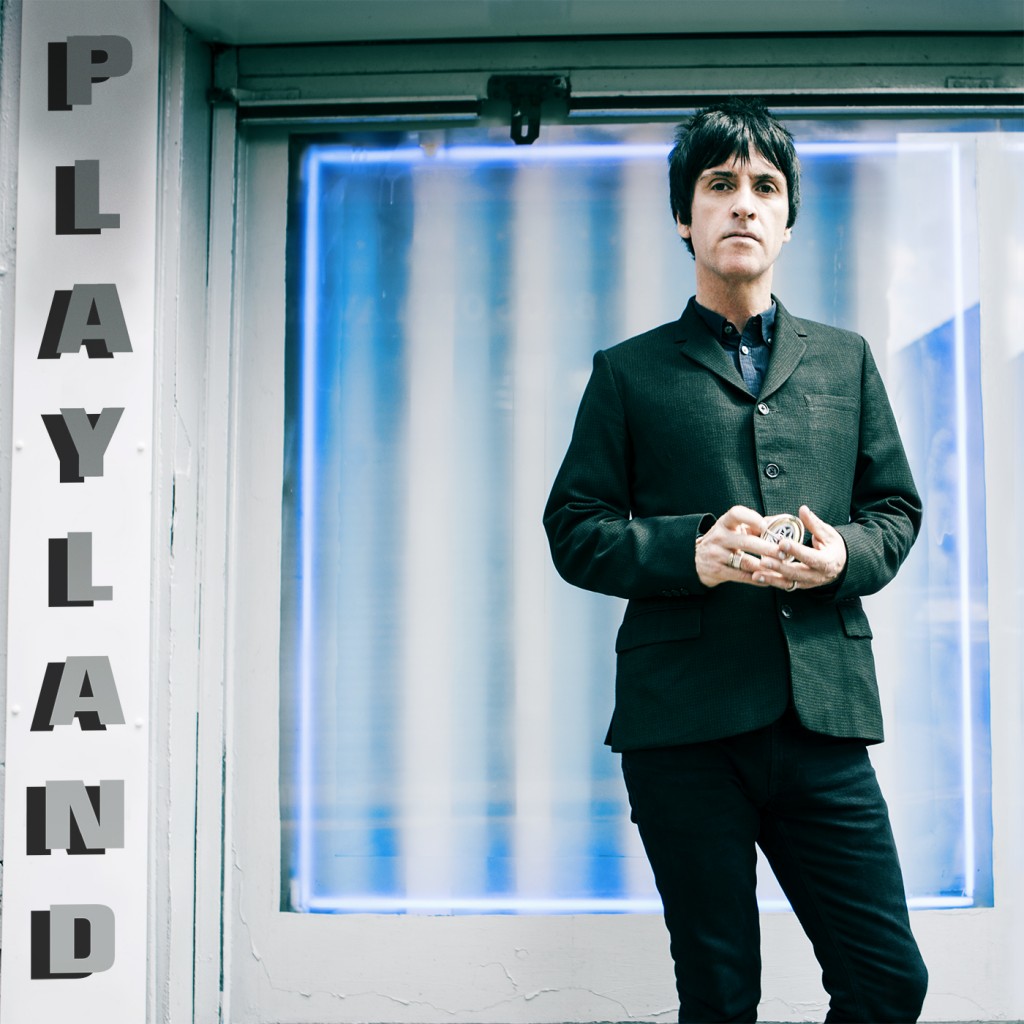