Kafka Tamura – ‘Nothing To Everyone’ 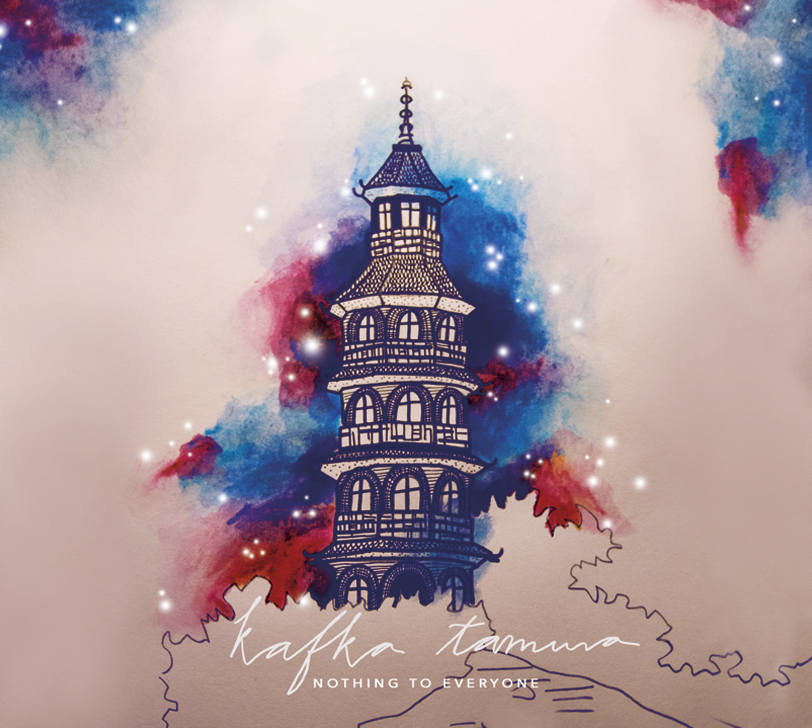 [one_half last=”yes”]KAFKA TAMARA
Nothing To Everyone

British-German indie pop trio met through Soundcloud when Patrick Bongers (keyboards) and Gabriel Häuser (drums) stumbled upon recordings of Emma Dawkins (vocals and guitar) in 2012. They started working on their first single Somewhere Else by e-mailing recordings from England to Germany before they met in person in 2013. The band takes its name from the protagonist of Haruki Murakami’s famous novel Kafka on the Shore which is fitting because their songs are as smooth as Murakami’s books. And it is not the only resemblance between KAFKA TAMARA and Murakami since the band’s songs also have an aspect of surrealism in them. Having released a few well-received singles, Southampton-based KAFKA TAMARA are now trying to live up to the little hype with their first full length album Nothing To Everyone.

The album starts with Intro, an instrumental track that showcases the group’s musical talent. The Intro is followed by Somewhere Else, which sounds like it is taken from an early LILY ALLEN record and that is not a bad thing at all. No Hope was released as the lead single early in 2015 and its catchy indie-pop sound gives you a good idea about the rest of the record. Bones is another example of KAFKA TAMARA’s surrealist side as Emma Dawkins sings about how she is sick of being made of bones and wrapped around flesh and she demands to be more than that. Each song of Nothing To Everyone is kind of minimalistic in its own way and this becomes more obvious as the record proceeds in the form of downtempo songs like Bruises and title track Nothing To Everyone. KAFKA TAMARA’s music often compared to DAUGHTER and at least the album’s final track Liar sounds like a DAUGHTER track with its delicate guitar sounds and dreamy vocals.

It is clear that KAFKA TAMARA have no intention to conquer the world and according to the band’s Patrick Bongers, this record was meant to be a concept album that could be seen as a piece of art rather than a collection of songs. Their primary purpose is to do the things they are good at, nothing more. This is why Nothing To Everyone is a reduced triumph. But even though this is a remarkable debut album, it lacks the uniqueness and maturity. This may sound a little bit  absurd considering the fact that singer Emma Dawkins is still 18 years old but if they want to make a name for themselves in a crowded indie-pop scene they need to improve few things. But after all, Nothing To Everyone is a nice start for things to follow.

Nothing To Everyone is not bad for a debut as it showcases a young band’s promising talents but KAFKA TAMURA still have long way to go.