When people ask me how I feel about the Editors I always have to say: „I think I really loved the band, but I stopped listening to them after their very first album. Without even trying the next one“. This is like ghosting a very nice person that you just had a really good time with. Yep, doesn’t make any sense. The NBHAP Lockdown Listening Challenge is now my chance to make it up to them and also to me, because I couldn’t help but wonder. What did I miss? What if they would’ve been in my life for the whole time? And it may sound stupid, but if you consider some bands and their music as a true friend it could’ve made a difference I believe. All my knowledge about the band is based on their debut The Back Room released in 2005. And their very good cover of The Cure‘s Lullaby. Back in 2005 they really got me with their song Blood. I remember that I couldn’t stop listening to it. I think what I really loved about them was that their sound was so different to all these millions of BritPop bands that invaded the festival line-ups and indie dance floors back then. They had some kind of heaviness in their sound but at the same time a light-footed power and unique melodies that really spoke to me. This album still feels timeless to me and until this challenge I would always praise them by calling them a band that managed to create their very own unique sound. Well, I learned that this is not entirely true. Because what I realized during my challenge is that they absolutely struggled when it comes to finding their own sound.

So I’m starting my little adventure with the sophomore record An End Has A Start. I guess I have to begin with a chicken-egg dilemma here. I was wondering. What was there first? A stadium hymn to increase the likelihood of playing in one or the big gig where you quickly realize that you need to write a hymn so it all makes more sense? You know to integrate clapping and waving. No clue what was the case for Editors, but after the huge success of their first album the guys might have thought about how they could pimp their live shows and make their sound even more mighty. Because An End Has A Start really appears like it’s made for the masses. I immediately feel that this album has way more pathos. And I’m not hating it. The opener Smokers Outside The Hospital Doors already has it all. Put a choir In a song and you have me. Yes it’s that easy.

I must admit I like the great musical gestures, but I seem to not find the right mood for these songs. Maybe because they’re made to be played live. While listening I’m picturing the band playing these songs in front of a big crowd and I’m pretty damn sure that there’s a lot of clapping involved. An End Has A Start is solid work. Big topics. Big emotions. No surprises. No disappointment. And I know already that their second LP is the last piece of what I’ve known Editors for.

This House Is Full Of Noise

Oh boy, this third record leaves me with questions. I was prepared that In This Light And On This Evening is going in a new direction. Funnily back in 2010 I was actually getting more into Depeche Mode so I may be could’ve coped with this quite abrupt change since they remind me of their sound sometimes only that I find the new Editors sound way more annoying. Almost every song starts with such an 80s cliche that in many moments of my first spin I thought that this one’s a joke. As if they knew that their next album needed to sound differently. I imagine that they met in a rehearsal space and their creative technique was letting everybody pick a funny or annoying sound and go nuts. Tom Smith sounds like he was the only one not enjoying this new sound experiment. Although his voice turns into a weird instrument as well fighting against this sound monster. And who the hell thought that putting a human voiced electronic organ in almost every song was a good idea?

I must admit. I was quite shocked in the first place, but this album is kind of growing on me. Songs like Bricks and Mortar or Papillon turn out to be great Editors songs, but I have this feeling that they could’ve been even better songs with a different arrangement. It was still an exhausting ride. This album somehow got out of control. One of the bonus tracks summarizes it perfectly. This House Is Full Of Noise. It indeed is.

… And This House is Full Of Love?

I am pretty sure that never in my existence – not in 2013 when this album came out, not now – I would’ve listened to their fourth full-length until the end. Since this is a challenge here I kind of had to. And I tell you it was hard. After five songs The Weight Of Your Love sounds like as if the band entirely stopped wanting things in (their musical) life.

First question: What is this song What Is This Thing Called Love?

I’m asking myself if the band never asked somebody for feedback on this. Or may they did and someone would say things like: “No Tom, the fans will love your head voice, you don’t sound like a random whiny pop singer and of course this doesn’t sound like a James Blunt Song at all.” Oh wait, there’s more references. I’m having a U2 moment here with A Ton Of Love. I only know a handful of U2 songs, but this one sounds like all of them. And for the first time in this Lockdown Listening Challenge I feel old and boring. Because that’s what I think U2 fans are. I also think that this song could’ve been a song of any random white old male rock band. And the worst thing. I like it. Damn. Honesty is a spark of hope until the secret weapon of a rockstar – the Oh Oh Oh Oh Ohs appear. And unfortunately It won’t be the last time on this record. And how come that they can’t write a proper ballad. I actually used to think that multiple string instruments do the job. Well, they don’t. And again they solve everything with a wall of sound. Cello and choir. And behind all this there is barely a good song. What I loved about Editors was that they created their very own sound and with this album I feel they’ve gotten completely lost. I’m disappointed. How can this album be that random?

I am relieved. For the first time after An End Has A Start I’m able to enjoy this record from minute one. The sound of 2015’s In Dream really suits the band and obviously me as well. The very good opening Track No Harm marks the atmosphere of the album. Heavy, dark and meaningful. I love that they give the piano a little more room and brought some female voices in. It does make sense to me, because I think piano and women make anything better. And Salvation (my secret title for this album)… What a song. Salvation kind of reminds me of the feeling when I first saw Episode II of Star Wars. Cool movie, unbelievably stupid dialogues. However, I love this heavy powerful tune. And as I walk through the streets of Berlin on a very early morning while listening to the song, I do feel that I’m a unicorn dancing in the flames with anger in my veins. Who cares if it’s stupid, I’m so much feeling it. The band also brings back the 80s. This time not in a disturbing way. I have to admit that this suits them so much better than the mature rockstar sound from the previous longplayer. And I want to highlight that this time the band manages to not overload the songs. This time they knew when to stop.

Here we go. The eagle has landed in the world of pop music. This detour was still missing, wasn’t it? I can’t help it but this mass appealing sound kind of kills the band’s appeal for me. There are exceptions. The wonderful Magazine and the song Hallelujah (so low) look quite good in the pop costume. But the majority of the 2018 album Violence stays mediocre. There is a lack of really good heartfelt songs and with my (again) great expectations for the last album of the challenge this breaks my heart a little. And they don’t even have a good song for that feeling. Because I observed something really strange listening to all the Editors records. I’m a huge fan of ballads. When I’m sad I’m bathing my self-pity in melancholic heartbreak songs. But not a single Editors ballad clicked with me so far. And No Sound But The Wind is sadly no exception.

At least the last song of the album Belong totally makes it up to me. It starts interesting, quite meditative, it’s exciting. And then a big dinosaur tramps through the scenery, destructs the place and is finally swallowed by a tsunami of sound. At the end of the challenge I’m obviously starting to cope with the the bands musical overacting.

After spending a lot of time with their releases in the last couple weeks I know that the Editors and I wouldn’t have had an easy relationship growing up together. I admire the band for always being brave enough for change and for trying new things out. I wished they would’ve had a more keen sense of when to stop pottering more and more noise and distraction into the songs and trusted more to their songwriting. When the band put out a greatest hits album last year I just wouldn’t understand why. With six albums out I thought it was kind of ridiculous.

Now I understand. There’s not a single release that I loved as a whole. It’s more like picking very good pieces out of average albums. That might sound rude, but it’s really not. In fact, almost every album contains at least one or two little diamonds. Songs to love and remember. I have to admit. Every album was kind of an adventure. It was fun to dive into their music and experience how they were jumping around between fucking up and being brilliant. And may be because this is so human they do have my full sympathy and a place close to my heart, that is in fact still waiting for a proper heartbreak song. 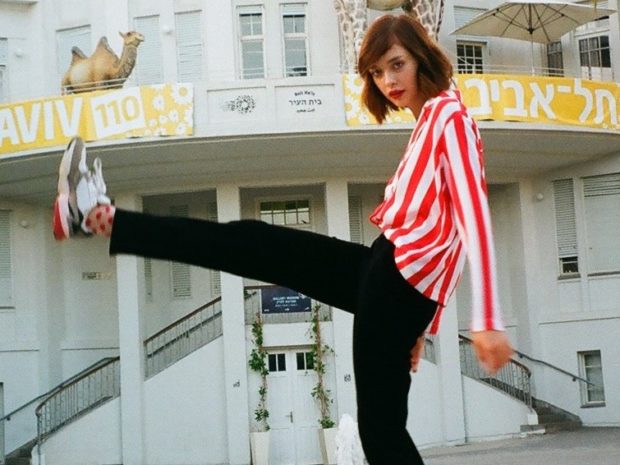 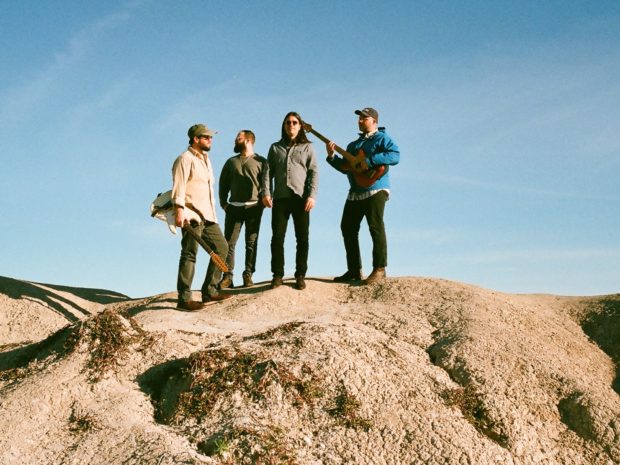