So Long, Leonard: 5 Reasons For The Singing Poet’s Immortality 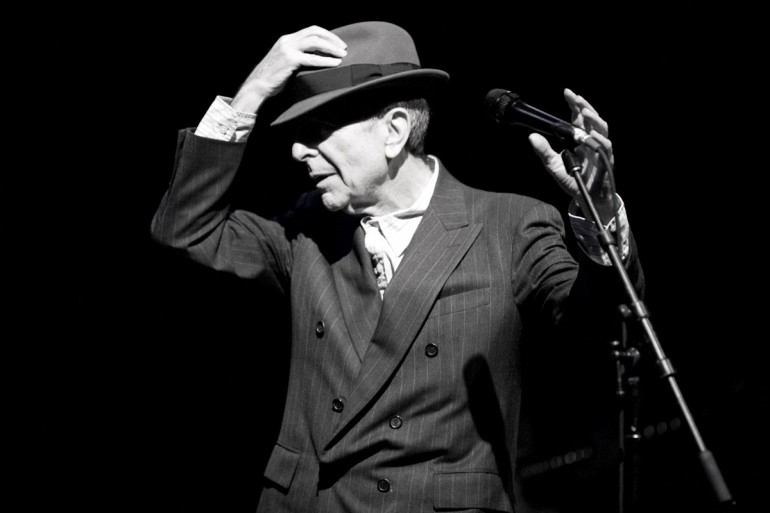 LEONARD COHEN, the legendary Canadian poet, singer and songwriter died last night at the age of 82. That said: Spare me with another ‘Fuck you, 2016’ post. I don’t care about the year. Also, the passing of LEONARD COHEN is not a tragedy. It is merely the full stop after an unparalleled artistic life that’s given us plentiful of beauty to rediscover over and over again.

Yes, COHEN’s death is a pity because especially his last three records, Old Ideas (2012), Popular Problems (2014) and You Want It Darker (2016) are testimonia of a great late productivity. But in a way, maybe he couldn’t have done these if he hadn’t felt death being so imminent. You can read all about that and nearly everything else in his life in this lengthy piece by The New Yorker. There’s nothing one could add to that. Instead we would like to do the great LEONARD COHEN some honour by pointing out the five core elements of his art that’ll ensure that he’ll never be forgotten.

Although COHEN definitely owes his success to the songs he wrote, he foremost defined himself as a writer. A poet. That was what he was trying to solely live off until he was in his mid-thirties and what stayed in the center of his daily work forever. His poems, novels and of course lyrics will always be remembered and certainly rediscovered for generations to come.

LEONARD COHEN’s work is not just about loving women. There’s been a lot of that for sure. But what made the man so appealing to the other sex and what many women that met him testified is, that the intimacy of COHEN’s auratic art is not a mere physical one. It is one of real, emotional bareness. The depressions that plagued him, the women that moved him, the mistakes he made, the struggles he endured: it’s all in his songs. Not in the form of contemporary voyeurism though, but covered in a classy mysteriousness and driven by true and honest emotionality.

It’s not really cool for pop stars to devote themselves to religion. Somewhere down the line, artists widely began to neglect the spirituality that fueled f.e. blues and gospel. But the deep socio-cultural connection between music and religion – in any form – is something artists can really draw upon. COHEN often embraced his Jewish heritage, experimented in many spiritual fields throughout his life and always managed to pour all that into his art. He’s never been a preacher though. Which is one of the main reasons that makes his body of work so humble and easy to connect with.

With COHEN’s voice, one of the last truly unique ones silenced. One can’t overestimate the impact a voice can have on singing. There’s something to it you can’t learn, practice or enhance technically. It’s one of the last true mysteries in music. Similar to JOHNNY CASH’s late rebirth by Rick Rubin throughout the AMERICAN-recordings, the late COHEN records were elevated by the deep darkness of his voice that still managed to transport a wry humour and warmth. He’s never seen himself as a good singer in a technical sense – and he probably wasn’t – but still his voice is something that’ll linger on long after he’s gone.

When BOB DYLAN recently got awarded the Nobel Prize for Literature, many argued that in fact LEONARD COHEN is the one who’d really deserve it. Well, that’s too late now. But in fact, BOB DYLAN has grown into a great admirer of COHEN’s work over the years. Not known for being an enthusiastic music critic, he occassionally reasoned why COHEN is an often underrated songwriter as well. The variety of styles, the early adaption of Flamenco chord progression and – something BOB DYLAN explicitly admired – the counterpoints in his melodies are something that set his songs apart in often really subtle ways. From raging (Diamonds In The Mine), to hymnic, to crestfallen – few are able to contain all of that within the limitations that LEONARD COHEN had to work with. He’s never been the greatest musician – but he’s definitely been one of the greatest songwriters of all time.