The Importance of Individuality: An Encouraging Insertion by Lower Dens’ Jana Hunter

Baltimore-based wave pop band LOWER DENS recently released its third studio album Escape From Evil. A truly wonderful album that is once again dominated by the band’s charismatic lead singer Jana Hunter. The distinctive songwriter has always been a passionate fighter for gender equality and a re-thinking of crusted structures. She recently also published a recommendable essay about misogyny in the music industry for Cosmopolitan. But her thinkings go way beyond a simple differentiation between man and woman, it’s about a general acception of people’s individuality, no matter what they want to be. For NOTHING BUT HOPE AND PASSION Jana Hunter wrote a little piece about her wish for equality and a new thinking and her heritage that helped to shape this yearning. 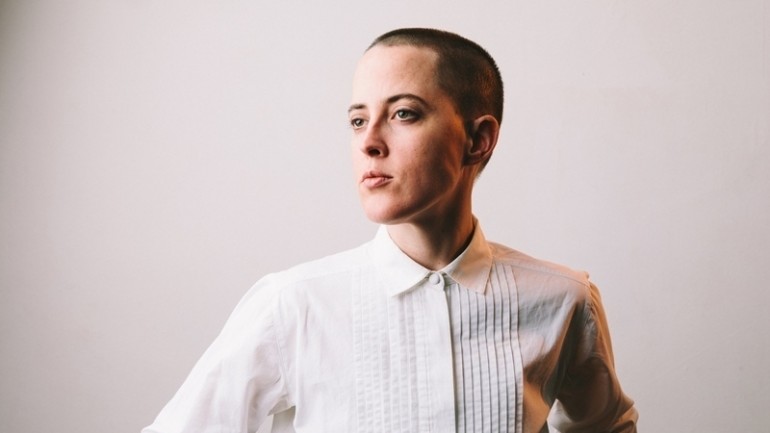 One of my most distinct early memories: my mother reaches past me to open the door of the station wagon, letting me out of the car right in front of the entrance to my preschool. I am 3 or 4, and it’s winter. I’m bundled up head to toe, and I walk silently past a teacher who asks who I am under all the wrapping. I grin because I know the teacher can’t see me.

‘People living in, controlled by, and ruined by fear’

I know that if the teacher could see my grin, I’d be reprimanded. It’s one of those memories that proves to me how much of our awareness of the way the world works is present in us even as very young children. I knew then that I was perceived differently from who I knew myself to be, and that it gave me great pleasure to confound people who relied on the outer layers of identity to define me. This had at least a little to do with the fact that I identified at the time as a boy, even though I was known to my teachers as a girl. My classmates accepted that I was a boy (I was very persuasive) and this caused our teachers no small displeasure. Our school was after all a wing of a Baptist church. Non-conforming gender identity didn’t just reflect poorly on me; it cast a long shadow on any adult who might’ve had an influence in my life. This story, and indeed this time in my life, remains compelling to me even decades later in part because of that stigma.

When I reflect on the community in which I grew up, I see now people living in, controlled by, and ruined by fear. It was and remains a difficult thing to live in and to be raised in whether or not you’re lucky enough to see through it. It feels not quite right to call it a gift, but I am glad to have had an early and powerful lesson in this basic and universal truth of human community. Not many of us, and certainly not many of the communities we currently reside in, are able to recognize the pervasive, damaging, and useless infrastructures of fear and work to collapse or re-purpose them. This is certainly true in many corners of the music industry. It’s especially strange when one considers what rock and other related genres have meant. They have been conduits and documents of revolution and liberation. My own early idols, among them THE SMITHS, THE B-52’s, and R.E.M, helped to encode queerness in me not just as a way of relating to music but as a way of relating to life. Even if I couldn’t understand at the time, these are people that I took strong cues from in how to fashion myself as a young person, people who I understood at some innate level to have something powerful to which I could relate that was otherwise absent in my everyday life.

‘Otherness connotes a defined separation from the mainstream’

Still today I look to people who are now peers and sometimes even residents of my adopted hometown, Baltimore, to find a community that I identify with. Some of them are queer, but mostly it’s their otherness to which I relate. Whether it’s chosen or compelled, otherness connotes a defined separation from the mainstream. In some ways, this is restrictive, even violent. In other ways, it is the lens through which we see the truth. I do believe that only from the outside looking in can one see what is right and wrong with our societies. I also believe that it is often only from the outside looking in that we can create things that have the power to cause positive change. It’s part of how I explain to myself the arrestive beauty of the work of performers like Baltimore’s Abdu Ali, Seattle’s PERFUME GENIUS, and Brooklyn’s LIGHT ASYLUM, the visionary curation at festivals like Columbia, Missouri’s True/False Film Fest and Paris’ Loud & Proud, and the blunt wondrousness of film and video makers like SSION and Jonathan Caouette. There always was and may always be a part of me that yearns for acceptance and inclusion, not just for myself but for all people that were never allowed to choose whether they wanted in or out. For better or worse, as often as I can, I relish the communities I have chosen, those I am lucky enough to be a part of, and the clarifying lens of revelation that comes with rejecting mainstream mores.