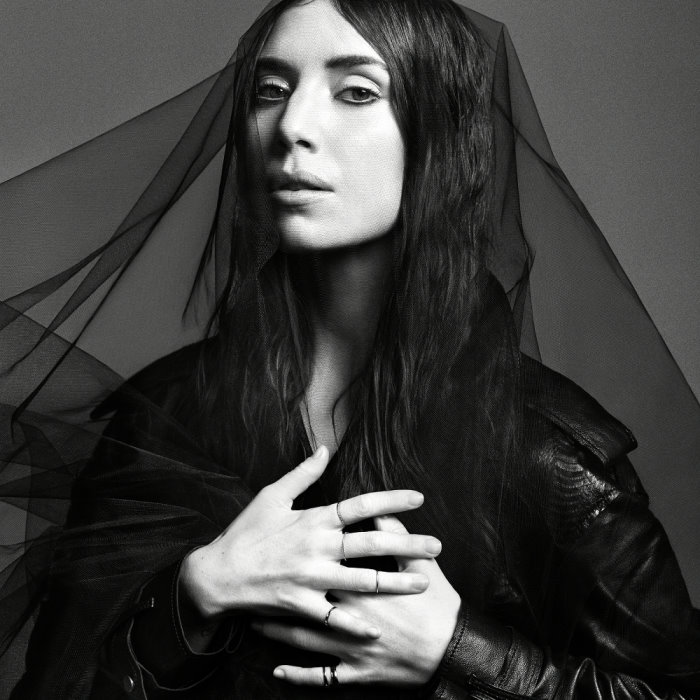 In movie trilogies the final part is always a bittersweet one. Usually it’s not just used as a final solution of the story arc, but also to top the previous two movies in terms of… well, basically everything. The bigger, the better. Sometimes with the worst possible outcome. Just ask the Matrix-trilogy. There aren’t many drafted trilogies in pop music these days. Swedish singer LYKKE LI tried it, although more unconsciously than she wants to make us believe. I Never Learn marks the final instalment of her debut trilogy. And it’s definitely one that thinks in Blockbuster-dimensions.

While 2008’s Youth Novels was defined by adolescent light-heartedness, 2011’s Wounded Rhymes introduced a certain amount of darkness and depth to the world of LYKKE LI. I Never Learn takes that seriousness one step further and mixes it with a highly professional production. The result are nine mostly epic pieces of melancholic pop with an undeniable love for big gestures and even bigger emotions. A risky concept that works out surprisingly well in the end. Reason one – LYKKE LI writes catchy pop songs. Reason two – her voice and charisma make her feelings believable. ‘Cause sometimes suffering larger than life might bring the desired relief.

I Never Learn makes an announcement right from the start with its title-track. Widescreen drama at its best. ‘In a sea of guilt / by the fallen stars / lonely chimes, sing of pain / There’s a storm, only love remains’ sings LI as the big sound unfolds its beauty. But don’t get her wrong – there’s still plenty of catchy pop material on the album. Just a bit sadder than on previous records. LYKKE LI herself likes to describe the record as a collection of power ballads. No Rest Of The Wicked is such a song, Never Gonna Love Again too. And if we say power ballad, we mean the ones that used to be big in the first half of the 90s. Somebody said ROXETTE? But LYKKE LI managed to hold these elemental forces together. May it be the slightly optimistic Silverline or the pumping Gunshot. This one marks the highlight of the album. An epic and also grooving piece of stadium pop with big drums and a singer at her finest.

LYKKE LI finds the right balance. A stripped down song like the acoustic Love Me Like I’m Not Made of Stone fits just perfectly after Gunshot. ‘Even though it hurts, even though it scars / Love me when it storms, love me when I fall’ – it’s the moment when the singer is at her purest and most honest state. A desperate call for love after maybe one denial too much. The moment when her voice cracks is just pure bliss.

All in all, I Never Learn represents a diversified amount of scenarios on how to deal with pain in your mid-twenties. At least, that’s what LYKKE LI wants to show us in some form with that record. Everyone suffers different from situation to situation. But all in all she deals with it. ‘How did I get to / Ever get used to sleeping alone’ she asks in the album’s closing track. Maybe time? Like every good trilogy these three albums dealt with various highs and lows in the life and times of a human being. I Never Learn might focus on the lows but it still makes you feel as if the highs are somehow in reach. It’s a final chapter with grace and dignity. And hopefully not the final one from this talented woman.

LYKKE LI celebrates the power and variety of pain on ‘I Never Learn’ – and she shows that you can create a radio-friendly power ballad album with dignity.