From Twerking To Italo Disco: A Look Back At Melt! Festival 2015 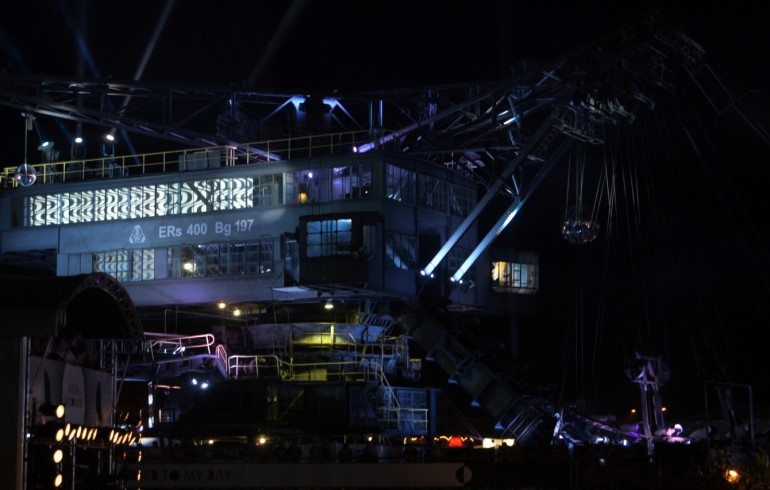 More than 20.000 visitors, sleepless nights and a mixture of legendary acts from each genre. Believe it or not: there was not one guest who would not have found a place which feels like home for the soul.

The fun begun on Thursday when New Yorker music project HERCULES & LOVE AFFAIR opened up on the festival’s pre-party to show all the boys and girls how to celebrate individuality and self-confidence. Love yourself, be strong and never ever give up on what you believe in. What we believe is that after such a performance where vocalist ROUGE MARY struts on stage with his long dark hair and heart-printed dress doing the diva, you just cannot wait to see what will happen during the next three days. Well, the next big thing happened just an hour later: American singer SANTIGOLD hit us with her Brooklyn swagger and big as f*** head bow (really guys. Big. Pink. Beautiful). Her backup dancers twerked hard and so… tried the fans. We all did our best! 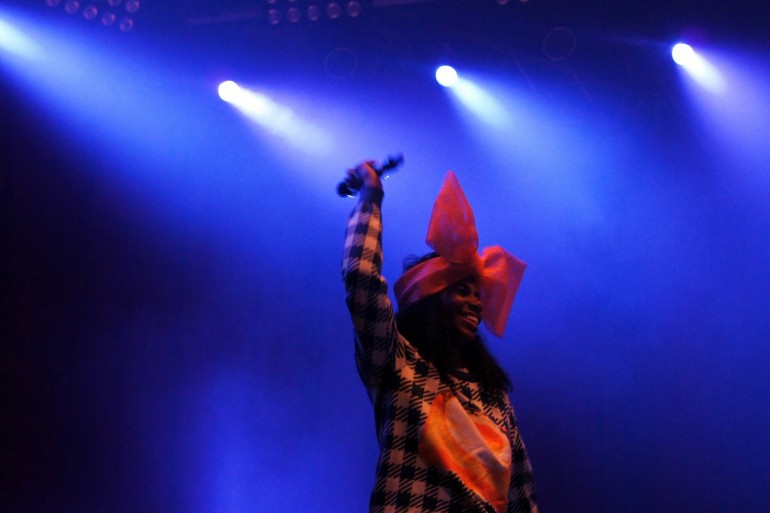 The first surprise on day one was on the festival’s mainstage. The temperature was high and the air thin. No good signs for someone who have to entertain the crowd as the first big act. Swedish singer/songwriter TOVE LO handled it like a real pro. She literally just begun to swing the silver skirt to her tunes and the audience kept rising. Fast. Not to forget Austrian band BILDERBUCH, whose vocalist Maurice Ernst could not be any more glamourous with his golden pants than his female colleagues. The boys know how to rock and proved it once more.

Just around the corner, on the Desperados Melt! Selektor Stage, next to the Gremminer lake -to be concrete- British producer and DJ JAMIE XX bonded the audience with his set. Some hardcore fans might have been more satisfied with his own material to be played, but certainly it did not stop their feet from moving along to the other tunes. The evening got more excited when German group SIZARR presented a flawless performance of their recent material. Just like Elly Jackson, better known as LA ROUX. The likeable singer forgot to bring her mic on stage, but laughed it away and turned the area immediately into a synth-paradise with anthems like Uptight Downtown or good old In For The Kill. 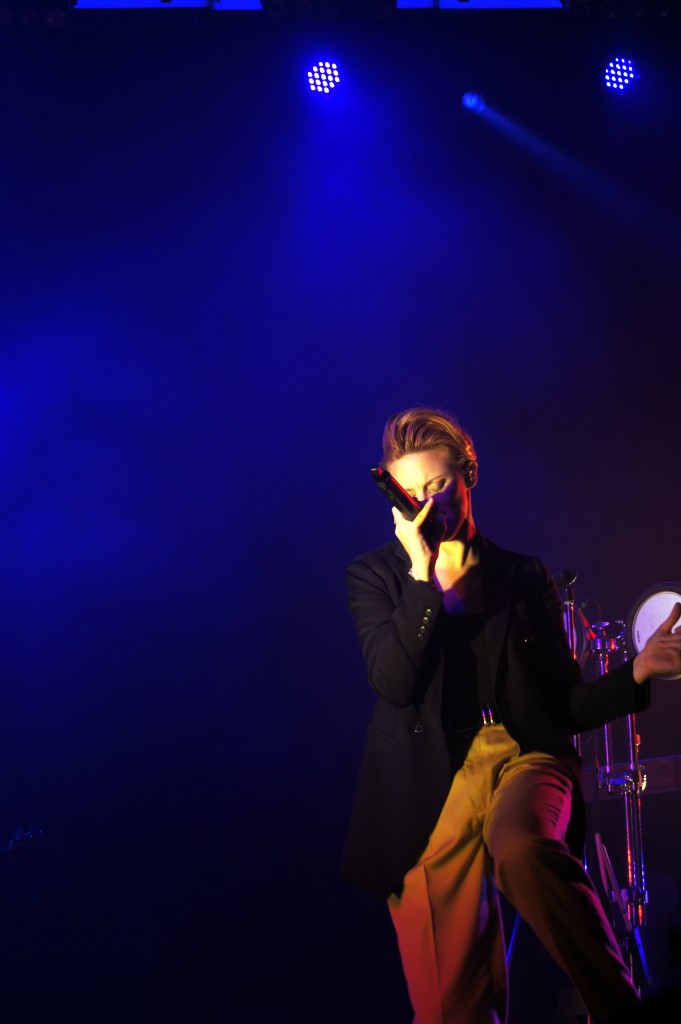 Saturday was a full load of extravaganza. It began quite relaxing when German soul duo MALKY appeared to perform their pieces and vocalist Daniel Stoyanov made himself a home on stage, singing barefooted. Hopefully, he did not burn himself! Not that silent, but more funky and shrill was WANDA’s gig. The Austrian band shared their hits with the audience and created a real native party. Singer Marco Michael Wanda appeared in a thick leather jacket but could not resist to show his bare chest and… yeah, a mix of sexy and strange moves. Maybe it was the summer heat which blow up his mind and let him stage-dive, just to kiss a fan on her lips. Good vibes and non-stop fun. The boys did it more than well. 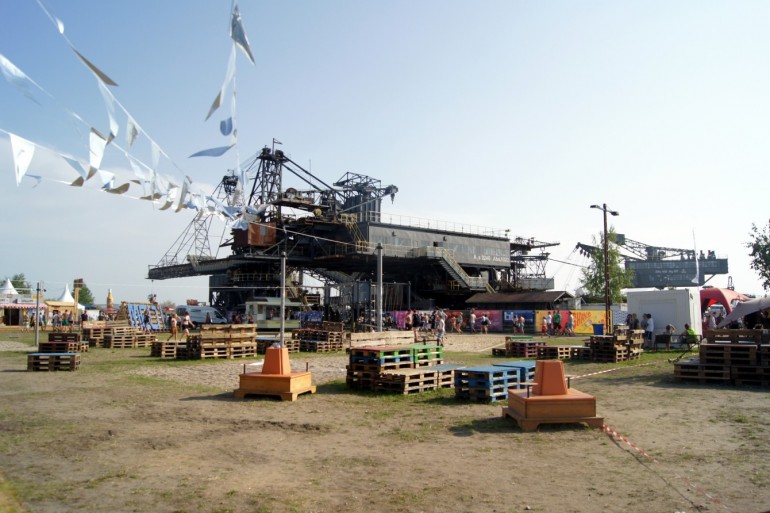 In the meantime British singer/songwriter and producer MAMA lift up her listeners high with her connection of electronic RnB and trip hop, just to mention two genres of sounds which influence her work. The Berlin based artist is a real vamp and was not afraid to show her confidence on stage. Dark beats, even a bit aggressive, and the export from the UK does not stop here: Producer JOSHUE LEARY aka EVIAN CHRIST turned the Gemini Stage to a ray of flashlight fulfilled with a unique mix of hip hop and RnB. Those of you who caught his performance will understand why self-titled god KANYE WEST collaborated with the 22-year-old on Yeezus.

I feel love? I feel irony!

So, as the night came by so did the excitement for the weekend’s two biggest surprises: Legendary DJ and iconic producer GIORGIO MORODER plus one of the biggest pop-divas ever, KYLIE MINOGUE. We are not afraid to be honest and so without any hesitation there are things which have to be put on paper. While MORODER prepared a light composition of his newest pieces, remixes of 80‘s hits and contemporary airplay bangers, after 20 minutes the set got a bit slack. Yes, the videos on the big screen behind him showed DONNA SUMMER and well-known sequences from iconic blockbusters, which was nice, but quickly it became clear that the audience could not take the Italian grandpa of disco music too serious. They danced, yelled and partied, always with a big portion of irony. Anyway, the MELT! area had several places where pure electronica raves took place, so it was definitely refreshing to have something like a classical pop-party; at least for a while. 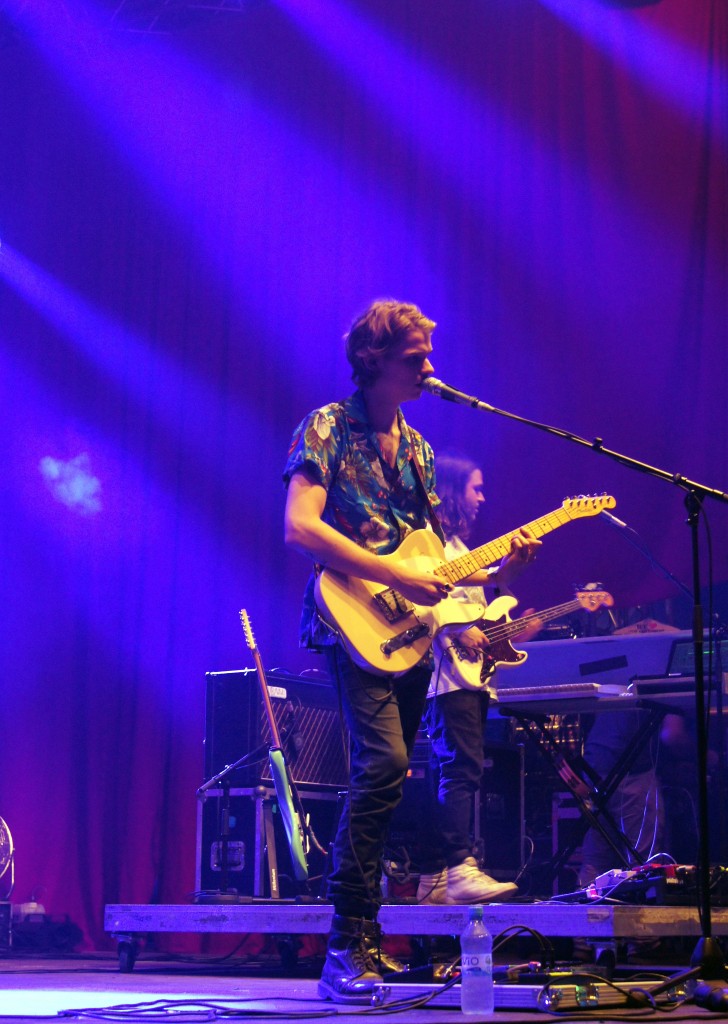 And speaking about a pop-party. If you are a lover of independent rock music, lo-fi or just aesthetic acoustic sounds, the name KYLIE MINOGUE surely will not appear on your list of favourite artists. Let us tell you this: No matter if you are a long-haired rocker, an electronic hipster or all-American hip hop gangster, if you were on this year’s MELT! and did not have at least a quick look on the ladies’ performance, you missed a big spectacle. Sexy and naughty clips on the screen, big vermilion lips on stage and crazy-dressed dancers. Hit after hit, from I Should Be So Lucky to Can’t Get You Out Of My Head, back to In My Arms and In Your Eyes. Even a cover of 99 Red Balloons. The song titles speak for themselves. This was a first class performance of popular music and there is no shame for it. MINOGUE is a pro, every step she took was perfectly choreographed and planed. If she made a mistake, no photographer from the press could hold it on cam, it was not allowed. You see, perfectly planed in detail. Oh, and there were about four costumes changes, because you know, it’s KYLIE.

Sunday was way more relaxing. With British musician JAMIE T you had no choice than finally close your eyes and inhale all the impressions you got from the last 48 hours (oh gosh, plus the pre-party!). A big highlight of the day was HOWLING. The electro duo put on an atmospheric set, dreamy and mystic as always. Sadly, it was a bit short and the light effects were not as bombastic as fans are used from the band. But hey, you cannot have everything you want. Marvellous was also Norwegian pop newcomer AURORA. We should all have a closer look on this young girl as she’s already on her way to become the next big thing.

So after all this stage impressions we should not forget all the other fantastic DJ’s which gave their best to give the crowd a one-of-a-kind experience and good time. They were all there: THE BLACK MADONNA, MAREK HEMMANN or NINA KRAVIZ. Electronic lovers were in heaven. Really.

All in all, this year’s line-up was extremely strong and even more versatile. Listeners from every genre could find their place, it was just important that they love music and to be surrounded by people who love it the same way. Many interesting acts were playing at the same time or crossed each other, so there and now it was difficult to choose which one to see next (especially when you are part of the press team and your personal work area is not central of the festival terrain). But to be honest, that is also a must-have part of a good festival – several good acts in the same time, because that is what it is all about: Non-stop musical input from every corner. No excuses, but choices. Keep on MELT!, this was more than nice!

All photos by Miriam Wallbaum