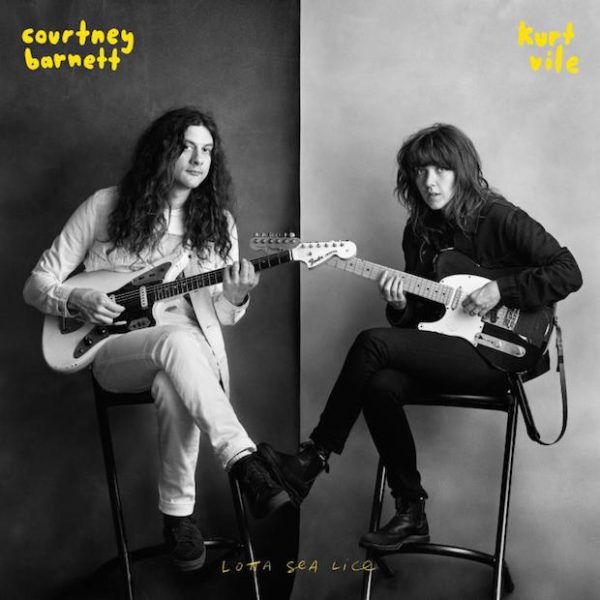 Indie rock’s new dream couple might only have a musical relationship but that doesn’t make their first ‘baby’ less enjoyable.

Probably the only aspect of criticism I have with these two is the fact that it really bothers me that Courtney Barnett and Kurt Vile didn’t name their project ‘Kurtney Veilnett’. Aside from that the combination of the two quirky characters does not only make sense when it comes to similar hairstyles. Lotta Sea Lice is a bit closer to Vile‘s laidback bluesy Philadelphia style than to Barnett’s furious Australian indie rock but that shouldn’t surprise you since I personally never pictured Vile as a head banging rockstar anyway. Instead, the two present laidback indie rock with heavy Americana and lo-fi folk influences, all bound together by their love for the music.

Expect hypnotic blues-rock (Fear Is Like A Forest), charming melodies (Continental Breakfast) and even fearless whistling (Blue Cheese). The two also covered each other and while Kurt‘s take on Courtney‘s Outta The Woodwork feels like a smooth ride through the suburbs, Mrs. Barnett’s version of Peepin’ Tom comes in a more intimate and reduced way. Lotta Sea Lice is not an innovative record and actually not as good as the last two solo albums by these two but it’s an overdose of charm and playfulness that it’s kind of hard to not fall for this little dusty diamond. (Norman Fleischer)

Song to get you started: Over Everything
Stream it now: ► Spotify / ► Apple Music / ► TIDAL 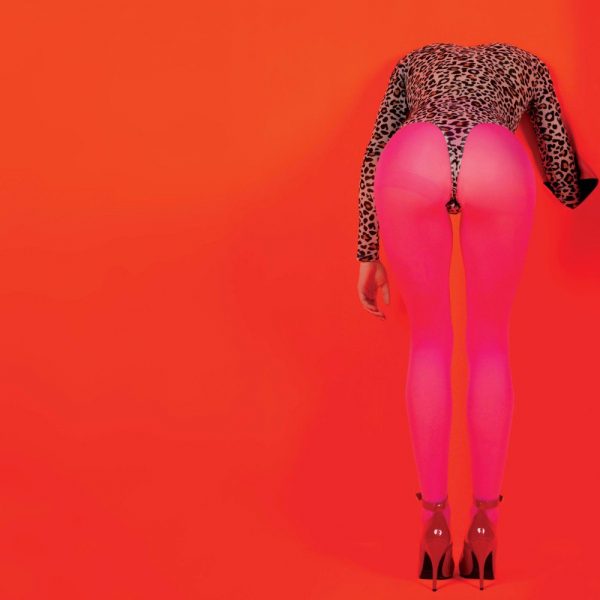 After four solo albums, St. Vincent still knows how to put her self-proclaimed ‘alien pop music’ into a record.

St. Vincent’s distinct style of music which incorporates all kinds of influences from rock to jazz culminated in a critically acclaimed self-titled album three years ago. It even brought Annie Clark, the woman behind St. Vincent, a Grammy Award. But it’s not just her music that attracts attention: Thought-provoking videos, bizarre costumes and strong statements complete the picture. Consequently, Masseduction became one of 2017’s most anticipated albums.

And St. Vincent’s ‘record about power and seduction’ doesn’t disappoint as it is excess on all levels. Clark presents political, social and personal topics in a closely intertwined way – sometimes humorous, sometimes vulnerable, sometimes all at once (e. g. Pills, Smoking Section) – but to simply match the songs up with the end of the relationship between Clark and supermodel Cara Delevigne wouldn’t do them justice. Musically, the familiar guitar sounds are accompanied by more synths than ever before making the record a lot more danceable (Masseduction, Sugarboy). The colourful yet surreal and highly sexualised aesthetics add to the complexity of the record which is best described by Clark’s words for Pills: It’s ‘something people can really dance to until they listen to the words and then they’re crying’. (Jessi Schmitte) 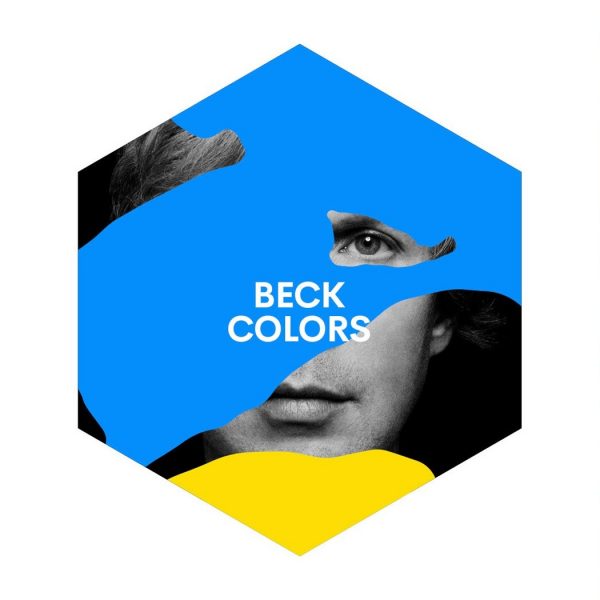 It was a long way for Colors. With the release date being moved from one month to the next, things didn’t too well for a while. All worries aside, though, the wait is over now and Beck appears to celebrate this fact as much as we do. Colors quickly reveals a very colourful and most of all very uplifting look at life. The songs’ essence is rooted in a feeling of joy that is spread across the entire record. While Beck deeply immersed into an incredibly reflective state of mind on Morning Phase, the reclusiveness seems to be entirely gone on his latest musical endeavour.

It’s a collection of pure, straight-forward and bright pop-tracks that definitely don’t mirror the presumably difficult making of the record and its long way to be finished. Over his long career, Beck has experimented a great deal on a sonic level. His present attempt to fully embrace happiness may surprise at first due to its full-on attack of extremely catchy pop tunes, but it’s still a recipe that works out well if you are willing to let it whirl you around. Beck has returned with an album that offers a great deal of feel-good-vibes that may seem almost sugary at first, but at the same time these songs reveal the songwriter’s urge to write well-crafted songs, even if it’s on a less intimate lyrical level as before. After all, this time of the year is filled with many releases that drag you into a state of melancholy and Colors is a perfect way to pull yourself out of it if things appear to be a bit too grey. (Annett Bonkowski) 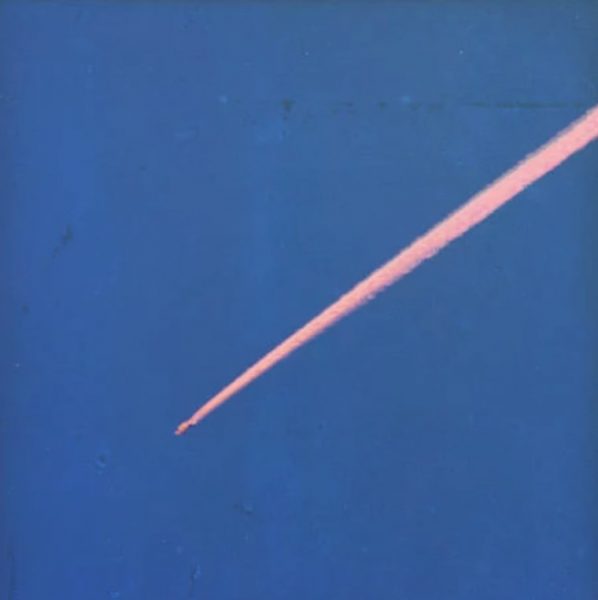 Between a thousand names, alter egos and genres, one of UK’s most talented artists releases his latest full length.

When Archie Marshall appeared on the laptop screens of this world, back in 2010 with a quite minimalistic version of his bedroom demo-sounding like song Out Getting Ribs and the look of a fashion commercial, he warmed our cold and hedonistic hearts instantly. Baby Genius wrote one user back in the days in the comments below the clip, since everybody was blasted by the voice, the talent and the deepness of these broken ballads by the 1994 born youngster. In the meantime he somehow became a man, more or less. Still looking like the incarnated mascot of MAD Magazine, Archie Marshal aka Zoo Kid aka King Krule aka Edgar The Beatmaker (…and so on) is an outstanding musician that simply keeps releasing music.

The Ooz is a band record again, one that loosely connects the anchors of his discography. Rolling drum loops and jazzy winds break into his signature surf-like twang guitars. Marshall’s voice is cool as always but never ignorant. That creates again a unique and dense sound which stays recognizable and surprising at the same time. Like moving pieces of a scenery, Marshall combines well-known aspects of his work, like samples, to rearrange them in another direction. A 19 tune strong longplayer that I can highly recommend for the post summer madness, as well as the upcoming autumn blues. (Stefan Ibrahim) 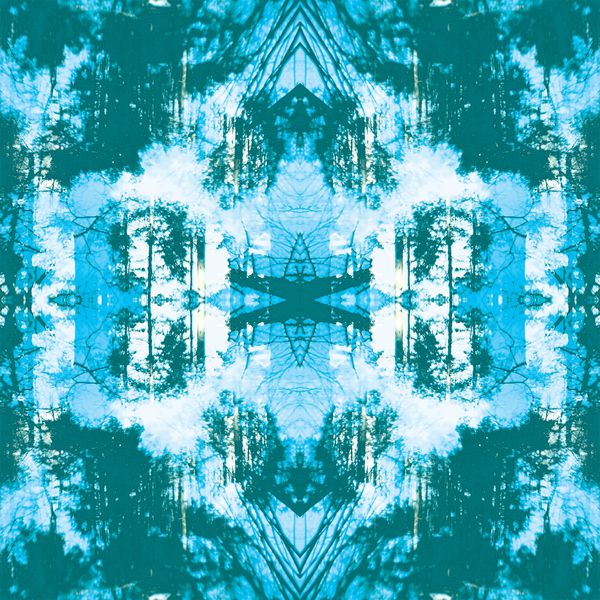 Delicate despair, combined with tempting pop melodies? The British songwriter delivers an impressive debut just in time for the start of autumn.

Although Emily Underhill picked her stage name from Fleetwood Mac‘s infamous 1979 follow-up to Rumours, the sound of her debut album Dissolve isn’t that close to Stevie Nicks and Co. Instead, the young British songwriter follow the footsteps of Daughter, Marika Hackman or The Japanese House. Underhill delivers melancholic little pop gems, carried by her clear voice and an overall feeling of despair. The majority of the LP dwells in a sea of reduced and echoed thoughtfulness (1807, Ivy and the opening For You are perfect example). The title-track adds a richer sound to the equation and a track like Toronto proves that she can even handle big cinematic gestures

The Tusks LP is an impressive adventure of such formidable quality that it’s easily one of the best debut releases of 2017. It’s one of the rare moments where consistency and quality go hand in hand, create a story and cohesive atmosphere from start to finish. And especially that finish is quite impressive as Underhill’s cover of the underrated Foals album track London Thunder lift’s the already pretty good original to an even greater level. Dissolve is a testament of bleak beauty and ambitious understatement. And that’s just the beginning, right? (Norman Fleischer)