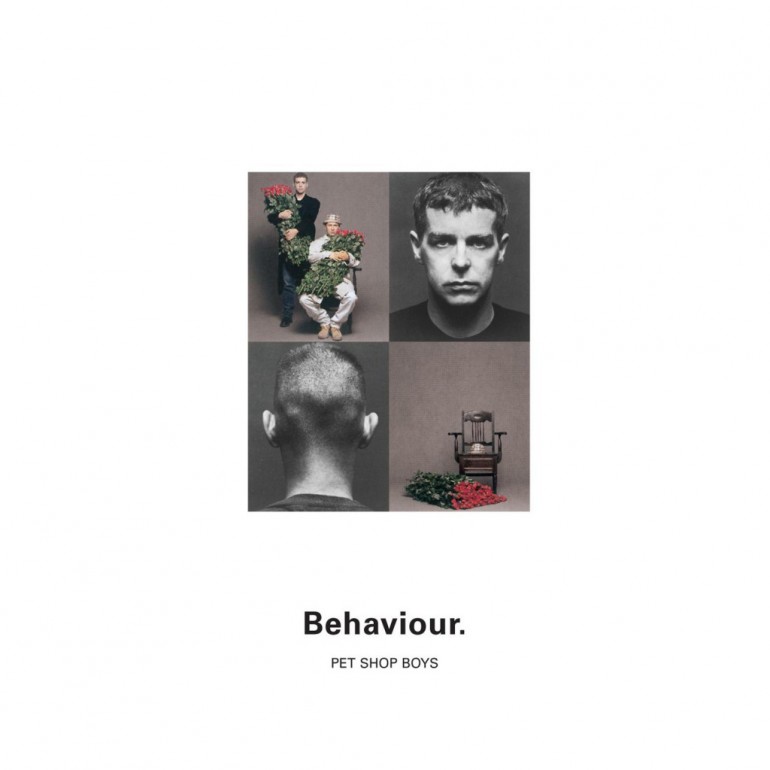 What does a great pop song look like? Does it have to have a catchy melody everybody could sing along within an instant? Does it need an upbeat vibe to apply to a maximum amount of people? Well, there is no simple answer to this. A good record can change the mood you’re in. It only takes one special record, one great song to achieve that. That’s the definition of a good pop song, according to Chris Lowe a few years ago. Changing moods, thoughts and attitudes, comforting you in times when nobody else comforts you – all this and more is music. And that can literally be every sort of music whether it’s a melancholic folk song, a hopelessly dark piece of drone rock or an uplifting EDM tune. Every song got its time and maybe labelling it in form of a certain genre takes a big aspect away from it. It’s either good or bad. Everything is pop.

Why does this text start with these big and existential aspects? Well, Chris Lowe marks 50 percent of the PET SHOP BOYS, Britain’s still most successful pop duo to date. October 22 marks the 25th anniversary of the release of Behaviour, the fourth studio album by him and his musical partner Neil Tennant. It was a turning point in the career of the duo – in a positive and negative way. And if you love good music you might switch on Spotify, iTunes or YouTube later to maybe give it a first spin. There is a little but existing chance that it might be the turning point in your relationship with the PET SHOP BOYS as well. Because, let’s face it: most people these days remember Tennant and Lowe as has-been pop stars of the 1980s who haven’t had a proper hit single in ages (Go West in 1993 was their last Number One song but they had a few more minor hits in the past twenty years as well). Everybody knows West End Girls, It’s A Sin and Always On My Mind, the big chart toppers from those days. The late 80s had been the golden period of Tennant and Lowe. Everything they released turned into commercial gold; they even cracked the American market and were – at least for one or two years – one of the hottest pop bands on the planet. As the 80s ended the high times of the PET SHOP BOYS were facing a slow but steady end and Behaviour played a big part of it; but not because it was of such poor quality.

Behaviour is a masterpiece of its own; one that showcased better than its predecessors that Tennant and Lowe are more than a sophisticated but shiny high gloss pop two-piece. It was thoughtful, laidback, reduced and way more tender than, for example, 1988’s Introspective which was packed with disco-infiltrating extended mixes. It became an almost melancholic pop record that drew the attention on the band’s songwriting skills. Something a lot of people might not have noticed in all the haze of the big sounding 80s glamour. ‘Depth through surface’ was once a label Tennant gave the sound and musical approach of his band; in the case of behaviour those two elements were close than never before. Being Boring, the ambient-like almost seven-minute-long opener of the album, is the best example of it. It’s the perfect way to set up the mood for the album and still contains some of the best music and lyrics the PET SHOP BOYS ever came up with. It’s a melancholic review of the past and all the things and close people that got lost along the way, partly also through HIV as the band later confirmed. The song transports a weird feeling of joy through its melancholic core. And that makes a good pop song.

Personal themes are dominating the lyrical content of Behaviour anyway. The epic This Must Be the Place I Waited Years to Leave gives an insight into Tennant’s traumatized school time, featuring JOHNNY MARR on guitar. The fact that the song was originally intended to be a James Bond theme song in the 1980s doesn’t surprise anyone here, right? Further themes on Behaviour include domestic violence (Only The Wind), the Russian revolution from 1917 (My October Symphony) and Tennant’s despise for fame-addicted ‘wannabe pop stars’ (How Can You Expect To Be Taken Seriously?). As always, he picks his lyrics with eloquence and empathy. The PET SHOP BOYS leading man with the distinctive voice has always been a gentlemen and one that doesn’t fall for the easy way. Him and Lowe never wanted to be usual pop stars whether it in their songs or on stage. A few months after the release of the record the duo went on a far too ambitious Performance world tour which was basically more musical than live concert. It was their first actual global tour, six years after the worldwide breakthrough with West End Girls. Well, this clearly didn’t look like your everyday business plan.

But in the end the whole release of Behaviour was an unusual step at this time but a right one. Even 25 years later the album remains one of the duo’s strongest and most coherent ones, one that deserves way more limelight than it received back then. Critics loved it but the broader audience might have preferred its follow-up Very from 1993 with its high energy Eurodisco Pop. Behaviour was a necessary step to establish the PET SHOP BOYS as a ‘serious band’. It took them a few more years and a new generation of journalists and musicians that grew up with their records to finally gain critical redemption. I personally remember a time around 15 years ago when it was heavily ‘uncool’ to actually like Tennant and Lowe. Today, they have the freedom to do whatever the hell they want as their legend lives on in many young artists. And in the end even MADONNA called them a huge influence in recent years. Fun fact: back in 1988 she rejected the band’s song Heart to become one of her own, only to witness it becoming Number One in the UK later, performed by the band itself.

Once every decade the band takes a small step back from taking making a big pop album to showcase this also quite interesting reflective side of their musical microcosm (2002’s Release and Elysium from 2012 are the other examples). And it’s worth to discover these ones as well like it is basically essential for any lover of good electronic pop music to discover the discography of these two gentlemen. Especially since album Number 14 is already scheduled for spring 2016. They are still not being bored, it seems. If you ever want to know what a good pop song might sound like, maybe a PET SHOP BOYS record is a good place to start, wouldn’t you agree?

“You live within the headlines, so everyone can see
You’re supporting every new cause and meeting royalty
You’re another major artist on a higher plane
Do you think they’ll put you in the Rock ‘n’ Roll Hall of Fame?”

from ‘How Can You Expect To Be Taken Seriously?’