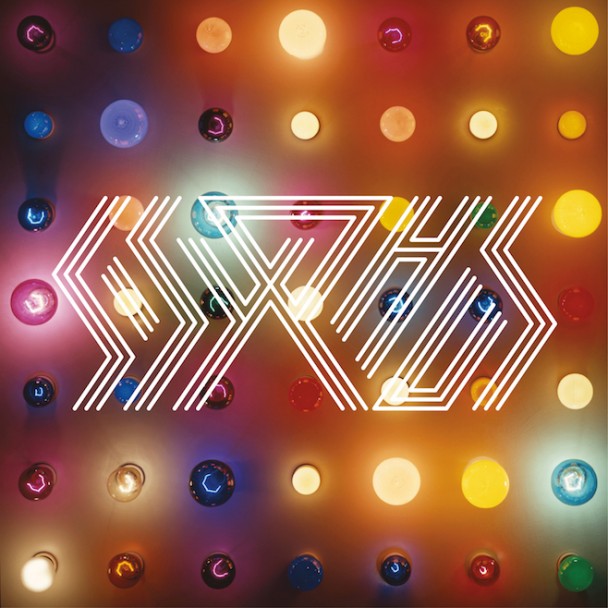 It’s anyone’s guess what the hell is going through SUFJAN STEVENS‘ mind, ever. There were inklings of madness in his relatively low-key folk debut, Seven Swans – and then he discovered trumpets, and made his name via a one-album-per-state project which met its untimely demise as a result of some combination of ADHD and synthesisers. And then there was Age of Adz, and things haven’t really been the same since.

Thus, SISYPHUS: a collaboration between a manic Christian folkie, a New York hip hop artist (SERENGETI) and one of Anticon’s new generation of slick LA producers (SON LUX) – and yes, it’s as weird as it sounds. Lyrical runs which manage to be bizarre and banal at the same time – ‘I was happy once when I went to a real brunch. It was special’ – interspersed with STEVENS’ squeaky-clean melodic vocals and down-tempo electro. But somehow, it actually works – really well.

This is a record which should have been as satisfyingly smug as only three musicians who are now successful enough not to really care about their output can be – but the collaborative result is well-conceived and well put-together. The release opens with the achingly bad Calm It Down, where rapper SERENGETI layers mind-numbing levels of lyrical repetition with the 2014 winner for Most Generic Beat – and it doesn’t even manage to be funny. But, after a slow start, flagship single Rhythm of Devotion marks the moment where the project starts to make sense.

Or, as much sense as something so quirky and stupid and original can make. Serengeti’s tone is seductive; his content is nonsensical. Sufjan’s voice is angelic, almost prophetic; his lyric input is like a retro r&b meme. The production is clean, smooth, clever; but everything feels tinged with irony. As you’d expect from three artists only linked by the letter ‘S’ (SRENGETI, SON LUX and SUFJAN STEVENS), the record’s best parts happen when each individual artist comes in his own.

There’s the intense atmospheric strains of I Won’t Be Afraid and Take Me where the trademarks of a Sufjan record dominate, as several ghostly SUFJANs suffuse the background with repetitive mantras. Then there’s Flying Ace and Dishes in the Sink, which are – above all – a testament to SERENGETI’s wit and sense of the surreal. There’s so much lyrical gold in this record that it’s tempting to spend a whole review quoting, but you should probably take a listen instead. You may not feel edified at the end of it, but it’s too odd not to be likeable.

With a hip hop collaboration that is as nonsensical as it is endearing, SISYPHUS deliver some catchy classics.