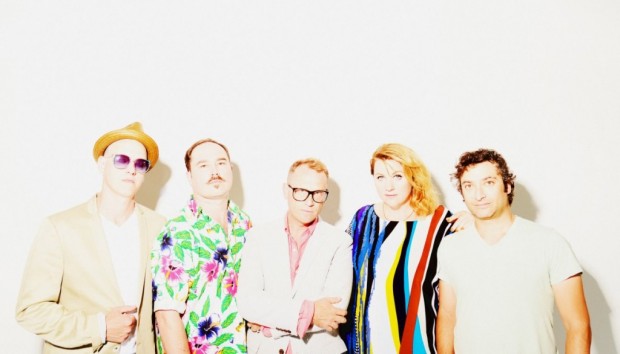 Everybody should have a favourite record, right? One that sticks with you through thick and thin, one that accompanies you in the harder times. But what about the good times? Or the times when you need something with a bit more anger and rage? Life is far too colourful to only focus one a handful of records. Music lovers like us from NOTHING BUT HOPE AND PASSION prefer big collections and fitting records for every occasion. Of course, we’re not the only one as basically every performing artist is a music fan by himself.

Charismatic STARS‘ singer Torquil Campbell makes no exception in this point. His band just delivered a quite satisfying seventh album in the form of No One Is Lost. It’s another catchy proof why the Canadian indie-pop group might be one of the most underrated bands of the past years. Still, it looks like STARS are quite happy in their current status as the new longplayer marks their most confident output in years. We asked Mr. Campbell to talk about his love for records in the form of a little Q&A about the ones that really had an impact on him.

Tell us about the record you’re about to release. What’s the nature of it?

Happy/sad, drunken, hopeful, miserable pop music to drive to your mothers funeral with, or do the dishes too. We are kitchen sink music, and we always will be.

Besides ‘No One Is Lost’ which one is your favourite STARS record and why?

‘Heart’. It’s the sound of all of us falling in love with each other

What was the first record you remember listening to when you were a kid?

The soundtrack of sound of music and Scottish folk dances. Hip, right?

The first record you ever bought?

‘Human Racing’ by NICK KERSHAW and THE KINKS’  ‘Kronikles’, on the same day.

The one record you bought and you almost forgot you’ve had in your collection?

One guilty pleasure you’re not afraid of showing.

The record that helped you most during heartbreaks or difficult times.

The last record you bought and where?

KEITH JARRET’s ‘Köln Concert’ on vinyl at ‘Rotate This’ in Toronto.

One record that instantly put you in a good mood and makes you want to dance.

A record that is, according to you, highly underrated by the public.

‘The Five Ghosts’ by STARS. it was just too depressing for everyone. But the next you’re depressed go listen to it, you might like it a lot more.

And finally – a record you’re looking out for in the future?

The next STEELY DAN album.