Stephen Malkmus and the Jicks – Wig out at Jagbags 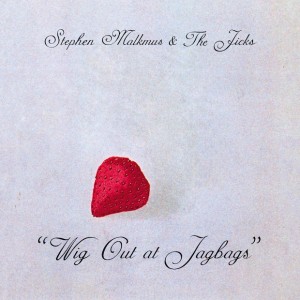 STEPHAN MALKMUS AND THE JICKS – Wig Out At Jigbags

It’s official: Stephen Malkmus has been making music solo or as STEPHEN MALKMUS AND THE JICKS for longer than he fronted nineties seminal indie rock band PAVEMENT. It’s inevitable that being part of a groundbreaking band early in your career means you’ll be answering questions and putting up with comparisons to former glories for the rest of your life. Instead of hating on it, let’s just embrace that tendency and enjoy the fact that great songwriters don’t die with the band, they just move on.

Since PAVEMENT’s break up in 1999, Malkmus has released solo records under his name and several with the Jicks. Plenty of PAVEMENT fans refer to their last record, Terror Twilight, as essentially a Malkmus solo record, in light of if it’s lack of songs written by other band members. One of the signs of his post-PAVEMENT period is a lot of the meandering guitars and pointless fuzz have been distilled and directed: you still get that classic sound but the Jicks are more cohesive, sober and tight band, it’s the same effect when your stoner friends shaves his beard and cleans his house: same person, just better groomed.

The promotional material accompanying Wig out at Jagbags (out January 7 on Domino Records) is a list of influences so random and off the cuff you have to wonder if it’s a joke: “Cologne Germany, Mark Von Schlegel, Rosemarie Trockel, Von Spar and Jan Lankisch, Can and Gas. Imagine Weezer / Chili Peppers. Slc, Alps, UVA in the late 80’s, NYRB, Aroma, Charlottenburg, inactivity, Jamming, Indie guys trying to sound Memphis, Flipper, Pete Townsend , Pavement, the Joggers, The NBA, home life in the 2013’s….”  This album is a must-have for current fans, and a must listen for fans of current nineties referencing bands like YUCK and BIG DEAL.

Wig Out At Jagbags starts up in your face, with none of the noise or meandering intros that are a trademark for Malkmus. Planetary Motion kicks off with almost CREAM-ish guitar lick, and a staccato drumbeat that announces it’s presence from the first bar.

We know Stephen Malkmus is the original obtuse lyric writer, with songs that don’t display their meaning or message obviously; references to drugs, Geddy Lee, “living on venison, Tennyson and the Grateful Dead” (Lariat) and Stone Temple Pilots abound.  You have to parse it out for yourself. Houston Hades is a great example, he references EMINEM and Greek myths in the same breath, all balanced out with his early rock n roll “doot-doot-dos.”

The stand-out tracks are Lariat, a wistful chord progression that can soundtrack your walk away into forever (“Only a chariot/could carry it across this void”), and J Smoov, (at 5:06 one of the longest songs) is almost a light rock love song, with surprise horns and sweetly cloying lyrics: “I can’t afford to want you.”  Lastly, Cinnamon and Lesbians (which laments a “shop with so narrow convenience” ) features that other trademark: a song that you think is going one place melodically and then abruptly switches gears. 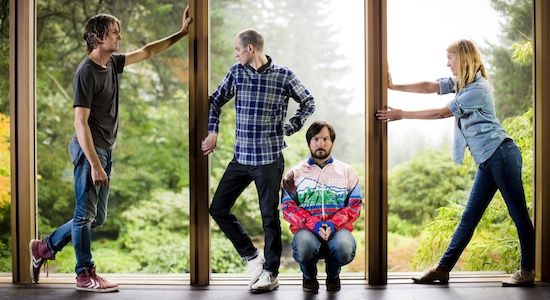 After an uneven history of post-PAVEMENT records, STEPHEN MALKMUS AND THE JICKS release Wig out at Jagbags, a solid record that will hit the spot for fans of that classic laconic indie rock sound, but tightened up and streamlined for 2014. (3/5)

STEPHEN MALKMUS AND THE JICKS