11 Songs that will make you jump in a swimming pool 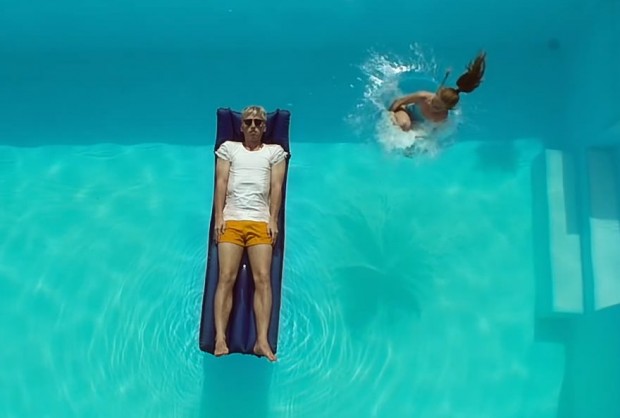 As summer is still in full swing outside us from NOTHING BUT HOPE AND PASSION can’t really help but looking for refreshment from time to time. But unfortunately none of us owns a swimming pool, so we have to stick with local lakes and public baths. But wouldn’t it be nice to have a private pool to jump into on a hot summer day? Maybe accompanied by an ice cold drink or a bunch of friends. At least with the right soundtrack.

Yesterday we gave you our brand new free download sampler Nothing But… Dreampop (which is also fitting material for a smooth day in the sun), today we give you another bunch of songs. Eleven great tunes that instantly make us want to undress and jump into the nearest pool. Who’s joining us?

Friendly Fires – ‘Jump In The Pool

The initial call for action. The British tropical pop masterminds deliver one of the finest pool anthems of all time.

There’s no appropriate translation for the word Plansch. Well, maybe ‘splash’ although it misses that lovely German aspect of the word. But as you might watch the Austrian pop newcomers in their video we think you might get the point of what Plansch really is about.

MAUSI – ‘My Friend As A Swimming Pool’

Always a good thing – having rich kids in your clique who can deliver a free swimming possibility. Did anybody say ‘luxury problems?’

You wouldn’t expect the grumpy indie rock heroes to be proper company at a pool party. But judging from the clip for Graceless it looks like THE NATIONAL are indeed the life of the party, especially when they’re wearing suits.


Arctic Monkeys – ‘Snap Out Of It’

Who wouldn’t want to join the beautiful Stephanie Sigman for a little swim in the late afternoon?

‘Sink my little soul for you’ – The British indie-pop newcomers are definitely not here for the drinks, they rather want to drown with you in a sea of sensuality.

Probably the coolest song title in this list. And who wouldn’t mind a little gimmick in the water?

British synthpop duo NEON NEON dedicated their 2008 debut Stainless Style to legendary Motor company founder John DeLorean. And judging from this grooving piece he really was a friend of a bit ‘bling bling.’

Kristoffer Borgli video clips always have a quite special aesthetics. And this one for Norwegian disco ambassador LINDSTRØM really makes us want to join a professional swim team.

KISSES 2013 record Kids In LA was a dedication to rich but heavily bored teenagers in California. And we can really imagine these lazy folks hanging around next to the pool, not worshipping its joy. How rude.

We’re ending this list with a bit more romance. R.E.M.’s 1993 ballad is a true classic as it beautifully themes the adventurous nightly swim, no matter if it’s in a lake or a (closed) public bath. ‘I forgot my shirt at the water’s edge / The moon is low tonight.’ There’s nothing more to add here.