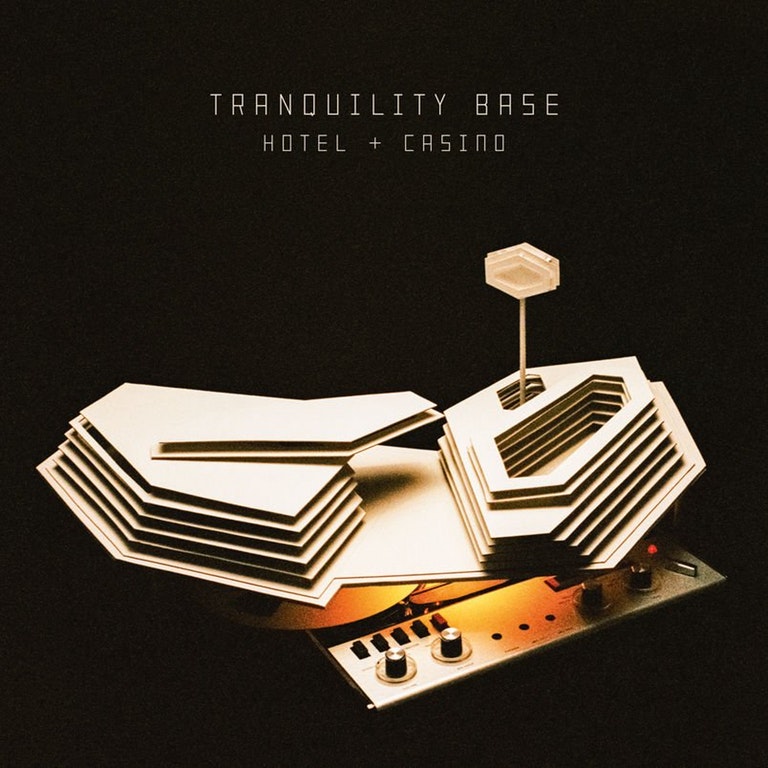 Well, those lads surely have grown up. The iconic indie heroes step up their game and deliver their boldest LP so far.

The first and most important news the long awaited sixth Arctic Monkeys record Tranquility Base Hotel And Casino delivers is that the Arctic Monkeys we have known are finally dead. Alex Turner & Co. put off their dancing shoes in order to create a lounge sound that puts their previous Indie and their impressive stadium rock from 2013’s AM to the grave. What is impressive about TBHAC is the fact that it doesn’t as easily fit to genre boundaries as their previous records. What is left from AM is the love for big instrumentation. There are organs, cymbals and of course the Steinway piano Alex Turner has received from his manager for his birthday on which he started writing the songs for TBHAC. Besides the big instrumentation, there’s also the love for beautifully weird lyrics. In the first track One Point Perspective Alex Turner asks smoothly ‘Who you gonna call? The Martini Police’, in second track American Sports he wants us to ‘dance the apocalypse’. TBHAC might be the closest we’ll ever get to an Alex Turner solo record and the reason for that lies in its lyrical heaviness.

While the first tracks Star Treatment and One Point Perspective are gentle openers, the third track American Sports is finally one that would have hit qualitites with an outstanding guitar solo. The title track urges the lounge sound to its perfection. It’s by far the smoothest track on the album and the one with the most radio potential. Another song who stands out is Four Out Of Five with its enormous guitar riff solo. And Science Fiction delivers a bassline that almost reminds you of ABBA’s Money, Money, Money. TBHAC is a hommage to lounge and jazz music and the 70s West Coast vibe. It’s the nearest we’ll ever get to know the Arctic Monkeys from being beer-drinking lads from Sheffield. Instead we’ll experience them as being a glamourous, nearly baroque-esque four-piece. For some fans who hoped for festival bangers, TBHAC will be a big letdown. For those who have looked forward to see them step into a new direction, this album might be it. At last, TBHAC should have come with a operations manual that says that this album is a grower – it definitely gets better and weirder with every new listen. (Louisa Zimmer)

Song to get you started: Four Out Of Five
Stream it now: ► Spotify / ► Apple Music / ► TIDAL 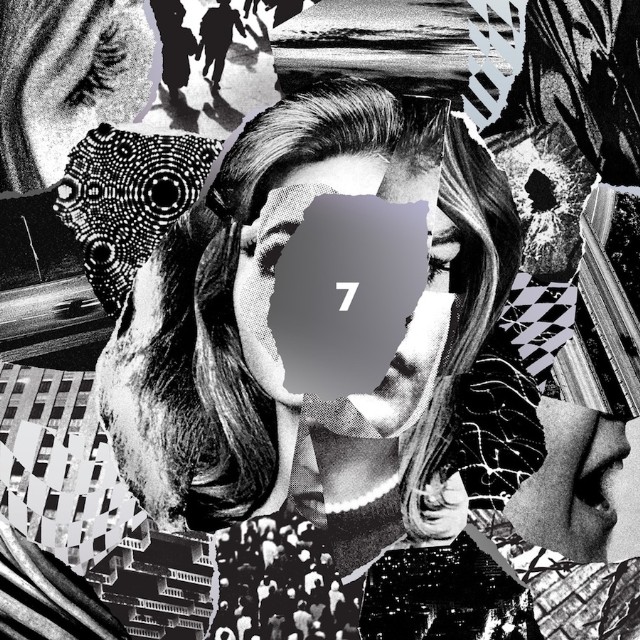 The tour de force continues. In fact, the duo from Baltimore steps up their game on their seventh studio album that feels lush and intimate at the same time.

You push the play button and there you are – right in the middle of a daydream. Some call it escapism and miss the magic of it all that is connected to it, some tend to open up doors in their minds that take them to a place that feels safe, comforting and maybe a bit more exciting than reality. The experience of listening to a Beach House album is a similar one. Throughout their career of fourteen years since their first release, the duo from Baltimore has captured the longing of such a place in a dreamy haze that promised beauty and pain at the same time and added an almost divine feeling to it that invited you to come inside and look around for and explore this spacious realm. For a band that has been able to create such a trademark sound for more than a decade, it sounds like a cliché, but their latest work 7 does feel like a little rebirth for many reasons indeed.

Not only did Victoria Legrand and Alex Scally release their B-Sides and Rarities collection that paved the way for some fresh ideas, they also decided not to work together with longterm friend and producer Chris Coady who had been a steady companion on almost all of their albums. Shaking things up a little on 7, Beach House teamed up with Peter Kember aka Sonic Boom and also worked together with their live drummer James Barone, who both are responsible for adding even more colour to the already lush sound that drives the new songs. In fact, Beach House turn their intimate sounds into new majestic heights putting the sonic details more into focus, allowing all the little bursts of noise and distortion come forward. The intimacy is still very much present and always on the verge of fading away, but the subtle beats, loops and overall shape of elements becomes much clearer when you stay close and listen carefully.  The Dream Pop haze Beach House create on 7 is as promising as ever, but this time around the duo’s musical endeavor is enriched with a few unexpected twists that suits them very well. (Annett Bonkowski) 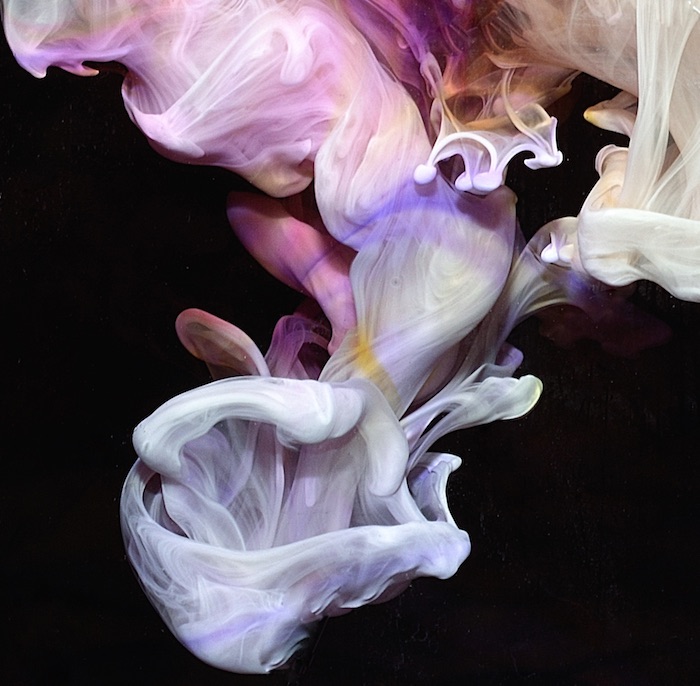 The British techno two-piece remains stubborn and adventurous and collaborated with an entire choir on their new album.

The idea of bringing a certain human factor into the cold synthetic landscapes of techno music is as old as the genre itself. Countless mixtures have been released to the world, some worked better than others. James Shaw and James Ford have been dealing with that relationship in many different ways. During their first musical impact one decade ago they often used popular guest vocalist like Alexis Taylor and Beth Ditto to move their productions towards pop territory. While the first two albums used that formula the follow-up records wanted to break with commercial expectations and saw Simian Mobile Disco turning towards edgier instrumental productions that wanted to free themselves from the human element. Murmurations, the duo’s fifth full-length heads for a new balance and seems to combine these two worlds better than ever before, thanks to the team-up with London’s Deep Throat Choir.

Far too many things could go wrong when you decide to bring a choir into the techno formula but Simian Mobile Disco simply make no mistakes with their attempt. This is even more impressive as I can’t recall a similar project that tried to bring these elements together. On Murmurations the choir works like another modular synthesizer, a human one that interacts with the machines of Shaw and Ford. While Boids already warns us of the impending clash, it’s the mesmerizing Caught In A Wave that really starts the record and pushes is to the next level. From there on, the record turns into a transcendental trip and a fascinating listening experience. Simian Mobile Disco make that mixture sound and feel so easily and playful that you just can’t wait to see what’s around the next corner. Although some tracks like the catchy Hey Sister might stand out, Murmurations is best experienced as one big picture. Whether you’d like to rave to it or just listen to the high-end production – this album is a truly entertaining listening experience and a really fresh take on the whole techno idea. (Norman Fleischer)

Song to get you started: Caught In A Wave
Stream it now: ► Spotify / ► Apple Music / ► TIDAL

Jarle Skavhellen – ‘The Ghost In Your Smile’ 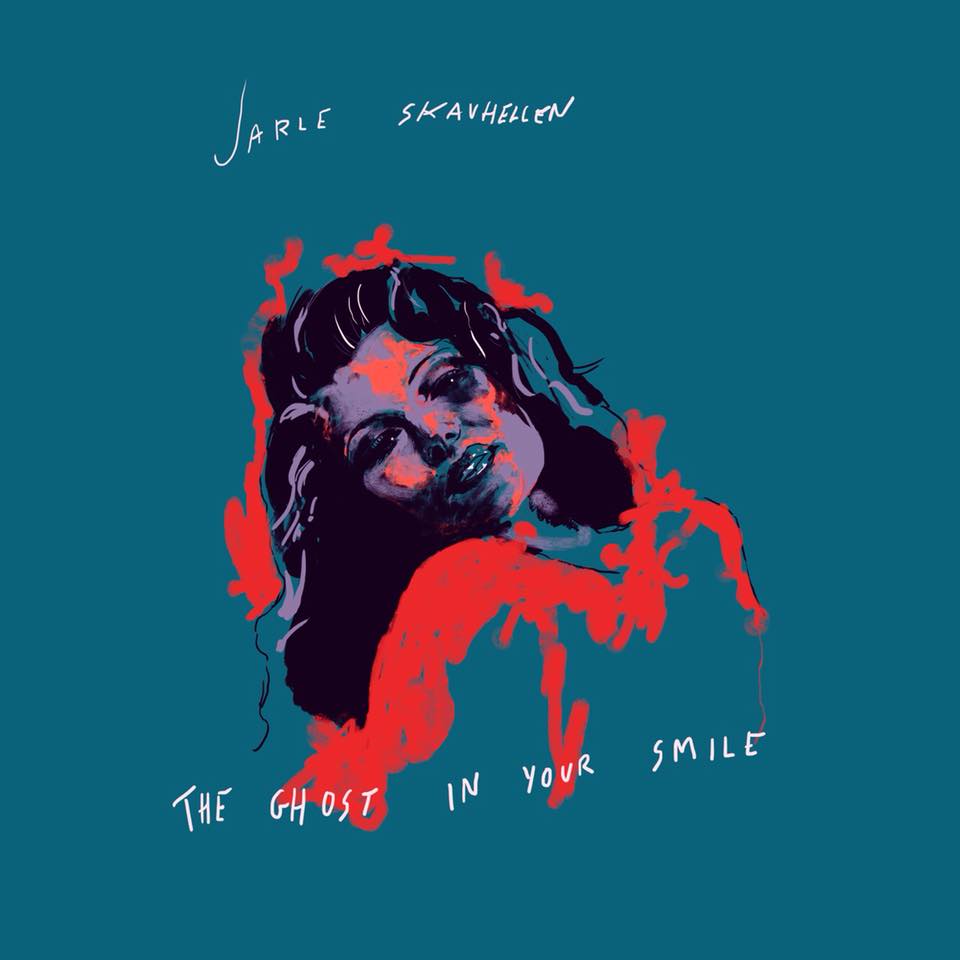 The first full-length by the talented Norwegian newcomer is the opposite of innovative – and that’s the best it can do.

The thing with music is that it’s pretty much impossible these days to fully reinvent the wheel. Music is a constant stream of influences, references, reworks and creative twists and after almost one century of popular music there is simply no possibility (and partly also necessity) left to create something entirely new. Instead it’s crucial for artists to remain authentic and believable by just sticking to what suits them best. Norwegian songwriter Jarle Skavhellen did exactly that on his debut album The Ghost In Your Smile. Heavily influenced by the DNA of country folk and Americana the young gentleman longed for something touchable and substantial in his music. His sound is both – old-fashioned and yet quite timeless. There is no need for contemporary pop experiments, electronic samples, guest features and all that other shiny stuff – The Ghost In Your Smile sounds like it could have been recorded at any point in time during the last, let’s say, forty years.

There’s an introspective notion that carries the songs but Skavhellen is also interested in a more uplifting approach. The title-track opens the album and combines both worlds before the following Now That I Know delivers banjo-driven feel-good spirit before Coming Home unfolds itself like a winterly journey home. Over the course of these ten songs the Bergen-based songwriter lights up the mood (Pilots) only to break it down to a more melancholic feeling a bit later (Seventeen). The production is kept simple yet quite fulfilling – Jarle Skavhellen keeps things essential and precisely as he’s not interested in overloading his music in any form. Having made this decision his full-length debut became a passionate and personal listening experience, one that proves that less can indeed be more. (Norman Fleischer)

Song to get you started: The Ghost In Your Smile
Stream it now: ► Spotify / ► Apple Music / ► TIDAL 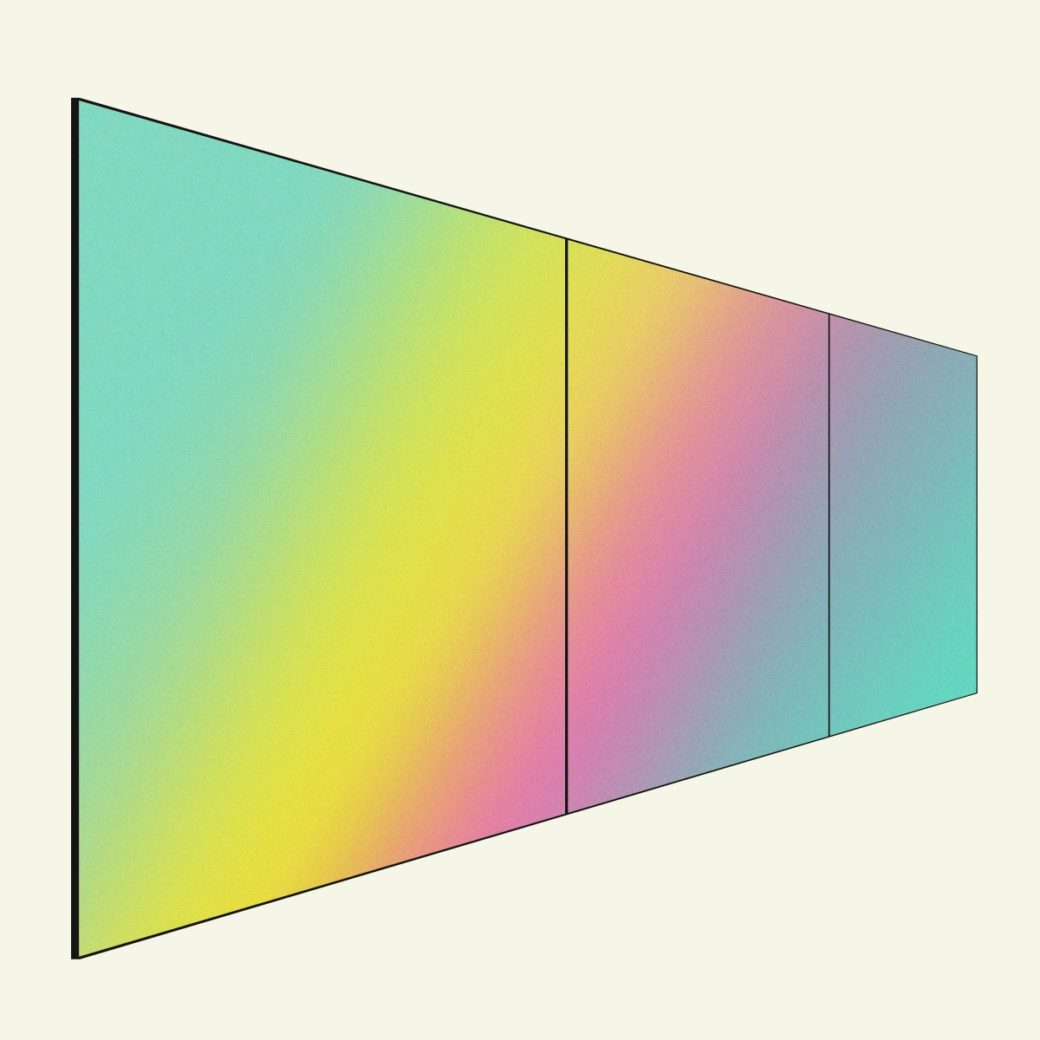 No more gentle indie-pop. The German group give their sound a progressive twist.

For a band it always takes guts to free themselves from their own comfort zone and predictable patterns. While German give-piece Newmen was delivering pretty solid yet slightly standardized indie-pop on their 2014 debut album Rush Hush, they take a stubborn turn on their sophomore full-length. Soft Ware expands the musical comfort zone of the group into far more progressive territory. Instead of following pop music structures the entire time the band takes a detour into trippy Krautrock and synthpop-infected territory where songs are allowed to float free and run way beyond the four-minute mark. The opening track in form of the instrumental Finnish Fetish sets the mood straight. A pumping synthesizer arpeggio moves the song forward, referencing NEU! in their high-times. Trivial Pursuit follows the song with a more pumping and hypnotic approach.

This time, Newmen give the songs all the time they need to unfold their full potential. Traditional indie rock elements are still sensible in songs like the Foals-referencing tropical pop tune Emotional Brilliance and Levitation but most of the time it feels as if the group simply stopped caring about expectations, genres and all those limiting elements. Instead, it’s the groove and natural notion of each song that dictates the structure. Sometimes that might be a bit more relaxing (Pool Day), sometimes a bit more like early Kraftwerk (Konkord). Especially the second half of Soft Ware sees Newmen trying out even more different styles. The band’s second album is a bold testament of musical strength that takes the band into new heights and will hopefully give them the international attention this record deserves. (Norman Fleischer)