The fascinating thing with influential music albums is the fact that you usually don’t recognize their significance and influence when they are initially released. Instead you slowly begin to understand their impact over time, not only the musical side but its function as a unique testament of a specific time period. Now we know what Pink Floyd‘s Dark Side Of The Moon meant, what Kraftwerk‘s Autobahn started, how the debut albums by Oasis or The Strokes changed the scenery but the people who experienced these albums back in the day probably didn’t notice it back then. And yes, it’s the same with The xx‘s eponymous debut album. Only a decade after its release we begin to understand how important it was and how it represents the end of an era and the start of a new one. It’s the moment when indie and mainstream fully merged, when pop got ‘sad’ and the perception of how a band should work and look like also significantly changed. It’s fascinating how a barely 40-minute long independent release was capable of doing all this.

xx was my favourite album of 2009 and the moment I started listening to it I immediately fell in love and shortly after that it felt as if the whole world does. The four-piece (back then they were still one although guitarist Baria Qureshi left the band shortly after the release) delivered a really fascinating mixture that definitely worked as a counter reaction to the ending decade. The indie scene of the 00s was dominated by loud and powerful often guitar-based anthems that put bands like Arcade Fire and Arctic Monkeys into the pop mainstream. In the second half of the decade both – the indie and the mainstream section – were infected with dance music influences, creating over-the-top EMD anthems and shallow pop with ‘indie’-DNA that was way too posh to be considered underground anymore. The formerly separated worlds moved closer together in a loud and spectacular way. The music industry on the other side was in a transitional state, stuck between the old-fashioned physical world of the 20th century and a still hard-to-define digital future. Spotify just launched when The xx arrived in the middle of a world that was about to change to the worse. The financial crisis just happened and although Obama and Co. seemed to look like they are still in control it dawned on many people in their twenties that they weren’t.

We were thinking: “Wait a second, something feels wrong here.” We just couldn’t put our fingers on it yet.

From a musical point of view The xx‘s debut album was a tiny revolution, backed by familiar ingredients. For me the sinister wave rock guitars resembled old heroes like The Cure as much as new ones like Interpol and that immediately embraced the goth kid in me. The dark voice of Oliver Sim was a perfect extension of that sound while Romy Madley Croft’s more soulful approach was the perfect yin to her bamdmate’s yang. However, the R&B influence gave the entire record an interesting spin. Beat maker Jamie Smith was more inspired by early 00s urban music á la The Neptunes and Timbaland and that really was a new approach. They also introduced the idea of bedroom production to a wider audience. Smith’s love for midi pads and drum computers as a cheaper replacement for a whole drum set had a significant effect on many young artists that were about to follow. Why drum like a berserker when you can just push buttons in quite an intuitive way? Tracks like Shelter and Basic Space feel like the late Aaliyah recorded an 80s post-punk album. Still, it wasn’t about punk at all. The xx didn’t want to join the ‘Crisis? There’s no crisis!’-EMD escapism (at least not yet), they decided to stay at home, ‘watch VCR’ and embrace their loved ones. There was something rebellious about that introverted intimacy. They didn’t want to become your favourite hip band; they were just three (or four) teenage friends from London who didn’t fit in. The album xx was their very own cocoon and a chance to escape by locking the world out and stopped caring about it. Spoiler: probably not the best attitude in retrospect. In an ironic twist that atmosphere turned them into the hippest band of the season. Maybe because they triggered something in many people out there. 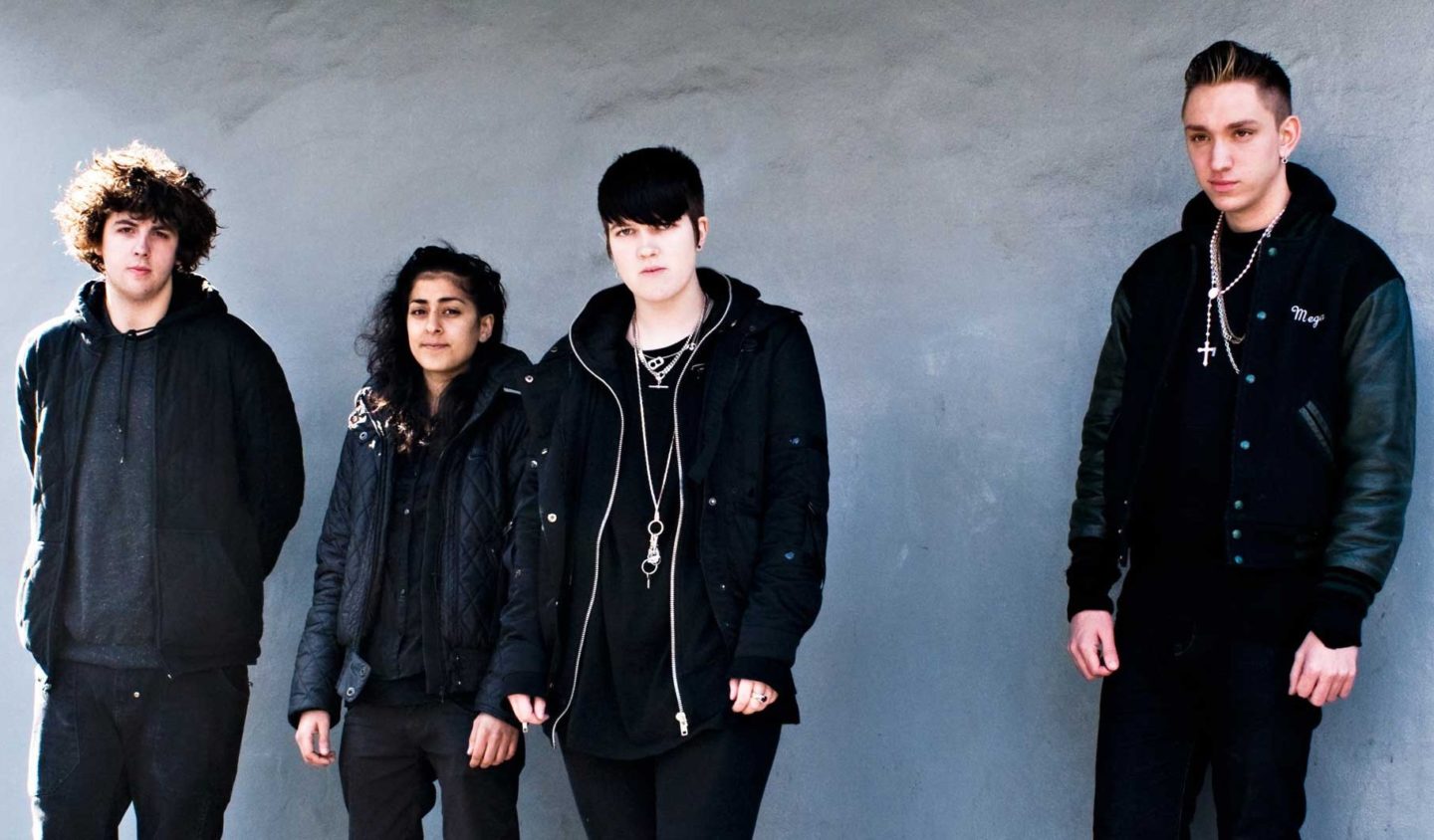 When the album arrived I just turned 25 and didn’t really know what to do with my life. University was a struggle, job perspectives were pretty lame as well and when I looked around at my fellow ‘Generation Y’ friends I sensed the same feeling. Like I already mentioned we started to sense that something might have been wrong with the world. When we were younger we were told that we could become everything we wanted, that we would live better than our parents but it started to dawn on us that this was wrong. In an age when our parents already had kids, a house and stable jobs our reality was a different one. Low paid internships, a changing job world which less and less free jobs, increasing rents, no savings while still having all the options in the world… on paper. It was also the start of the social media world which – as we now know – harmed us more than we realized back then. We had all this possibilities but limited resources, resulting in an overall overstraining of ourselves. The Millennials were facing reality and it started to depress us. We could do and become anything and growing up in capitalism we also believed that this was the only possible way of living. In many ways the success of The xx is a fitting symbol for that feeling my generation sensed back then and is probably still sensing today.

What remains in the end …

Well, to be fair, the songs on xx are also pretty catchy and when they were later used as football stadium anthems and got sampled by Rihanna and others it was also due to the fact that they are really good melodies. The reduced sadness of this debut album opened the doors for many other artists to follow within the past ten years – whether it was James Blake, FKA Twigs, Lana Del Rey and maybe even Billie Eilish (in her more tender moments). The xx were brave enough to leave space in their music and that’s an idea many artists have slowly embraced over the past ten years. The simplicity goes hand in hand with a certain sadness and maybe that study that confirmed this melancholic influence on mainstream pop last year also got its roots in The xx. I’ve been working in the music industry for almost a decade now as well and I’ve seen and listened to countless bands that followed ‘the xx formula’ during that time, probably way too many.

Like Travis and Coldplay gave us an entire generation of piano pop softness one decade earlier The xx are responsible for way too many reduced and sad dream pop with minimalist electronic beats and echoed voices. Once you realize that you can’t ignore the reality: xx is one of the most influential and groundbreaking records of all time.

So, what do we make out of this ten years later? The record is still pretty timeless and hasn’t lost its magic for me after all. The follow-up, 2012’s Coexist, is a logical continuation while 2017’s I See You left me with mixed feelings. On it, the now very confident band celebrated happiness and positivity which is of course a good thing (and they surely deserved that) but it somehow also felt a bit ‘wrong’. While their world has gotten brighter and better, the rest turned bleaker over the past decade. The ‘something is wrong’-feeling of 2009 turned into a ‘everything is wrong’-atmosphere in 2019. Faith in human intelligence, our political leadership, the economic system and our future on this planet is shattered. Everything’s on stake and as we’re about to enter 2020s it feels as if all the rules we used to learn simply don’t apply anymore. The old generation – partly – betrayed us while a new generation finally rises up to change the rules but is still too weak to make significant changes. And us Millennials? We’re in our thirties now and partly still trying to find a proper place in this chaos called modern life. The xx taught us to shut the world outside and seek for peace in our private life. You know, the ‘watch things on VCR’ simply turned into ‘Netflix binge-watching’. And now it dawns on some of us – like myself – that this wasn’t the most prospective solution after all. I think we should leave the house again, go to streets, join others in an attempt to make this world a better place for all of us. The rules have changed and that’s a perfect initial position to fight the ‘Millennial Blues’, don’t you agree? And while we’re doing that the next xx is probably already out there, waiting to be discovered by a new generation.