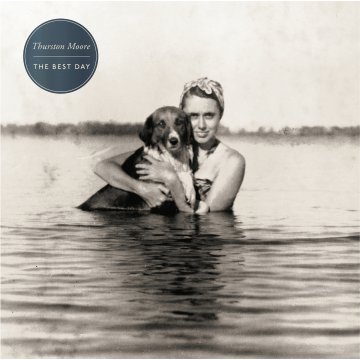 Before the Internet enabled music enthusiasts to pigeonhole musicians into ridiculous genres, there was SONIC YOUTH. They defined the ‘alternative’ genre, with the quintessential rejection of the technical, chasing a wall of sound with distortion and unorthodox guitar tunings. After announcing their split in 2011, every member was thrust into separate directions. It was like your beloved grandparents splitting up – but SONIC YOUTH was different. They understood you, and grew up with you via relatable lyrics amidst hazy guitar chords. THURSTON MOORE seemed to predict that it was coming. In an interview in 2007, he mentioned that not breaking up was their ‘biggest career faux pas’. It remains to be seen if SONIC YOUTH would cash in on a subsequent reunion. Meanwhile, MOORE has been keeping himself busy – with his new project CHELSEA LIGHT MOVING and a new EP.

Getting Back On Track

With such a highly publicised split, it was a surprise that The Best Day sounds much more stable than previous offerings. The album is a catharsis of sorts, and enlisting the help of MY BLOODY VALENTINE’s Debbie Googe, previous SONIC YOUTH drummer Steve Shelley and UK musician James Sedwards as musical psychiatrists is a good move on MOORE’s part. Opener tracks Speak To The Wild and Forevermore revives MOORE’s embedment in the classic sprawling FM soundscape, and Shelley’s sombre kick-drum being an accompaniment. It seems as though MOORE wanted his new supergroup to not have an association with his past, but no one could ever run away from their influences.

Googe and Shelley’s playing is steady in the whole album, paving the way for Sedwards to nudge Moore in another direction. Vocabularies, although stripped down, has the same continuous riff that ironically do not hold that track together. The first two monster tracks, brilliant as they sound, do not have enough capacity to hold the rest of the lacklustre ones. MOORE sounds like he wanted to address the issues that led to the split of SONIC YOUTH, but is reluctant to – hiding behind the repetitive, semi-hypnotic detuned bass and guitar chords. Of course, the cliché verse that nothing would ever sound like SONIC YOUTH no matter how much he tries to define his own individual sound.

A record somewhere in between liberation and reluctance – THURSTON MOORE’s ‘The Best Day’ struggles to define his own individual sound.