When CHAI KHAT entered the stage three years ago, the NME first expected the band to originate from New York. In spite of the irony involved as the German three-piece comes from cities that are musically illiterate by comparison, namely Mönchengladbach and Essen, the magazine’s misconception is understandable in so far as their early singles New Friends and Ghosts in the Void are reminiscent of the sound established by post punk revival bands such as THE KILLERS. Now, the band returns with new music that is noticeably warmer and more pop in tone and character. Rooted in the heyday of 80s wave, Hail Satin still exhibits a touch of melancholy while the catchy synth melody adds some euphoria to the irresistible package. CHAI KHAT‘s yet untitled debut album arrives 2017.

Ibibio Sound Machine – ‘The Pot Is On Fire’

Now, this will get your groove on.  ILBIBIO SOUND MACHINE is a brand new Merge Records sigining and led by artist Eno Williams. The new single The Pot Is On Fire feels as a wild cocktail filled with the best of pretty much all worlds we can think of. West African funk, disco, modern post-punk, electro and maybe even more. It’s got quite an hypnotic and fresh-sounding vibe, proving once again that we should look more to Africa when it comes to new inspiration, right? The new LP Uyai arrives on March 3.

US American songwriter Laurel Sprengelmeyer and her alter ego LITTLE SCREAM released their second LP Cult Following earlier this year and now they unleash a leftover from the studio sessions but one that definitely deserves more attention. People is a powerful and edgy anti folk-pop anthem that also works as a call to arms. Although it feels like a direct reaction to the election of Donald Trump the song’s origins actually date back to 2013. Still, Sprengelmeyer makes no secret what this one is about: ‘When simplistic rhetoric and misleading sloganeering helped award a sociopathic demagogue the highest office in my home country, I heard a collective sigh of exasperation, and it resembled something like, ‘Come on, people!!!’ What more could we say?’ Indeed, what more? Shout it out right here, folks.

QTY are Dan Lardner and Alex Niemetz, a New York duo freshly signed up to RCA imprint Dirty Hit. World Breaker is the b-side to their debut single Rodeo, released a few months back, and it’s a hell of a song. It echoes ADAM GREEN at his sweetest, a raw, fuzzy duet that carves the pretty from the mundane, a song that stands on dirty floors, looking up at the lights. Listen below.

LEONIDEN‘s first single Nevermind off their forthcoming self-titled debut record (out February 24) is, simply put, wondrously charming. Truth be told, it’s release includes probably nothing we haven’t heard or seen before. The song itself is a classic indie rock stomper featuring banging guitars, an irresistible ‘second chorus’ (‘I was tired/ Nevermind/ You know you get used to a lot’) as well as powerful coming of age lyrics. The video clip, too, follows a well known pattern, that is a group of enthusiastic youths as they make their way through the night. Yet, everything about LEONIDEN‘s lead single is so lovely arranged and passionately put together that it makes Nevermind a true highlight of a fading 2016.

Let’s call it a quasi-comeback: Time flies and so six years have already passed since CHRISTIANE RÖSINGER released her last as well as brilliant album Songs of L. and Hate. In the meantime, she has still been busy publishing books and curating her very own gala at Flittchenbar in Berlin. Nonetheless, it’s good to have her back releasing some new music after all these years. RÖSINGER‘s new song Eigentumswohnung (‘cooperative apartment’) in cooperation with Andreas Spechtl of JA, PANIK emphasises her skill to observe societal topics of our time and delivering them with a healthy portion of wit, humour and charme. Eigentumswohnung is taken off the forthcoming record Lieder ohne Leiden (‘Songs without suffering’), out February 24 via Staatsakt.

We are more than excited for the forthcoming debut LP by Kristian Finne Kristensen and Nikolaj Manuel Vonsild (aka the distinctive voice of WHEN SAINTS GO MACHINE) in the form of their band CANCER. They’ve already given us music in the form of Tears and now they unleash another delicate teaser called Esca that sets the unique voice of Vonsild in a more psychedelic dream-pop like setting. The duo’s album Totem arrives on January 17 via Tambourhinoceros.

TEAM PICTURE are a five-piece band from Leeds, and they specialise in sweeping art-rock. Potpourri Headache is a slow-moving head of a song, one that gradually stirs into life. Waves of squall blur into a guitar riff, before a heavy bassline jerks the song into a solid shape. It’s an atmospheric, abstract song, six minutes of lush noise to sink into. It’s self-released, and out now.

Having previously created substantial buzz with his series of indie pop & rock covers, and a year and a half after his debut EP Slow, Bristol-based producer HENRY GREEN is back with more of his slick, ethereal grooves. Real, the second single and title track from his upcoming new EP, wooes you with angelic, androgynous vocals, cozy, tender instrumentation and an understated rhythmic foundation. It’s not exactly a track that lends itself to extatic dancing, rather the kind of romantic sway in front of a slowly setting sun. Real comes out 10th Feb on Akira Records.

Banfi – ‘Happy When You Go’

East Londoners BANFI‘s new video shows a young lady hoop dancing in various suburban neighbourhoods. Formerly on his own recording gloomy indie folk akin to BEN HOWARD‘s more recent releaes, frontman Joe Banfi has used a lineup extension for a stylistic makeover, now appearing as a three-piece under his last name. Happy When You Go follows the aesthetic of its music video, combining a jangly, danceable tune with a slightly melancholic undertone, chanelling the spirit of bands like BOMBAY BICYCLE CLUB or FOALS. It is taken from their yet-to-be-titled debut album set for release in 2017 via Communion Records. 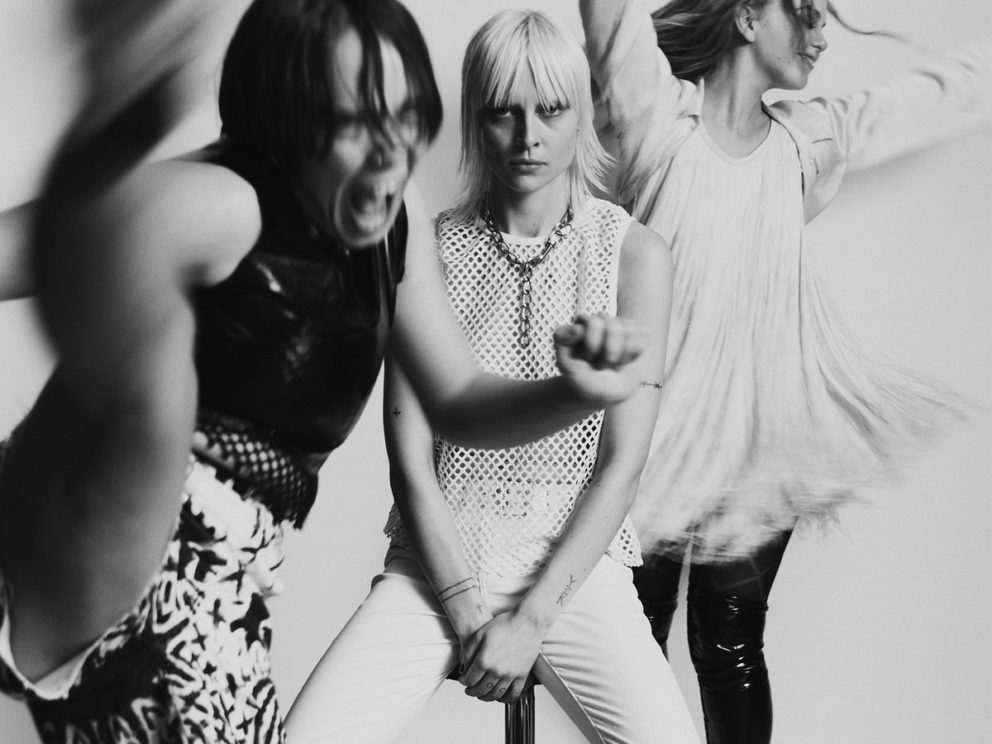