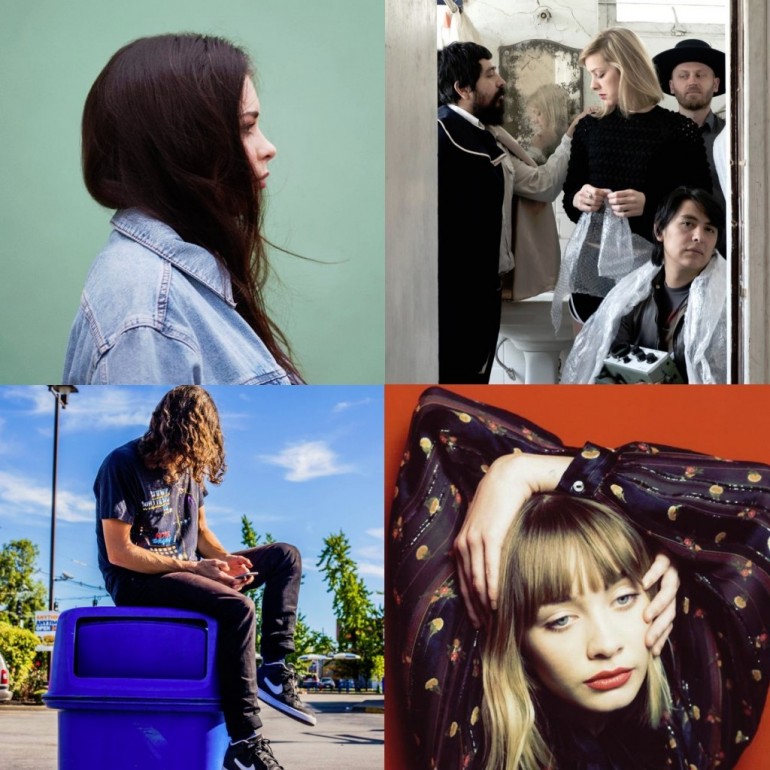 Athens, GA-based quartet MOTHERS is one of NOTHING BUT HOPE AND PASSION‘s favourite new bands of 2016 so far and we can only repeat ourselves when we say that their debut LP When You Walk A Long Distance You Are Tired truly deserves your attention. Now, they released a trippy video for their hypnotic tune Copper Mines. Say what you want but director Ryan Ohm clearly managed to showcase the dangers of anaesthesia during a dental treatment and why it is important to really have someone who’s going to drive you home after your appointment. Watch carefully, kids.

If there’s still a phenomenon like the good old-fashioned blogg buzz Danish four piece LISS could easily fall into that category. XL Recordings already signed them and they just released their debut called First EP. Their sound might be best described as a 2016 update of 80s-infected blue-eyed soul, a SIMPLY RED for the generation Snapchat. And if this doesn’t make you run away you might fall for the sensual sweetness of their track Miles Apart right here. They are also performing at the By the Lake Festival this summer, presented by NOTHING BUT HOPE AND PASSION.

We reported about Italian songwriter GIUNGLA before in our Weekly Discoveries, thanks to her floating piece Sand. Now, she got a new single called Wrong and it represents the more powerful side of her music. According to the press release the track is about ‘admonishing a self-described know-it-all, judgmental individual in her life’ and we surely don’t want to be on the side of the person to who is addressed with this song. GIUNGLA‘s EP Camo is out now via Factory Flaws.

Toronto-based independent rock group WEAVES is another band we recently already featured in our Weekly Discoveries. Now, ahead of the release of their self-titled debut LP on June 17 via Kanine/Buzz Records/Memphis Industries they shared more music from it. Coo Coo spreads all that cool lo-fi magic you gotta love from a band like them. And honestly: don’t you feel a bit ‘coo coo’ sometimes as well? For all of you who really feel ‘coo coo’ right now, please listen here.

We don’t usually feature the same act twice in quick succession, but the sheer quality of the music EXPLODED VIEW are putting out demands we return to them, a couple of weeks after we initially brought them to your attention. Whereas their first track No More Parties In The Attic sounded like them bringing the machine to life, on new single Orlando they make it dance. Its lumbering groove paired with the shredding tension of ANIKA’s vocal makes for a perfect helping of angst-disco. Their self-titled debut album is out on August 17th on Sacred Bones.

Fans of hypnotic and minimalistic techno grooves, please get in here. Los Angeles-based producer KAUF delivers material in the finest CARIBOU and HOT CHIP tradition. A Ruin is six minutes of gentle electronica with a tender four-to-the-floor vibe. According to the artist it’s ‘the clear-eyed view of a distant, failed romance’ and it’s a great teaser for a full-length KAUF album which will be out later in 2016.

This one slipped under the radar initially, but props to the NME for doing the detective work on it. They discovered that a track on the True Detective soundtrack by a certain ALEXANDRA SAVIOR was co-written by Alex Turner, and that the duo have written an album’s worth of material (including Miracle Aligner, the standout from THE LAST SHADOW PUPPET’s recent LP). Risk, the one studio version song she’s popped up online is a beautifully dark piece of rock music, every word and note laced together to draw shivers. And judging by the live songs she’s been airing as the Puppet’s support act on their recent tour, there’s an absolute goldmine about to be released.

That’s how you deliver a proper debut single. LIV DAWSON from London might be only 17 years old but her first single Tapestry sounds way more experienced than her age would make you think. If you happen to love the music of LONDON GRAMMAR and LÅPSLEY you will definitely fall for the tender and soulful piece of piano pop. Her spellbinding vocal performance really is the cherry on top here. It’s time for the world of pop to keep an eye on LIV DAWSON.

Swedish artist Joel Wästberg aka SIR WAS is on his way to become the next big thing in lo-fi pop. I mean, if he managed to get a contract at City Slang he can’t be too bad, right. His latest single Falcon feels a bit as if traditional indie/songwriting teamed up with smooth hip hop beats in finest J DILLA tradition. There’s definitely something really hypnotic about it. A first EP called Says Hi is said for a release on June the 2nd.

Brighton-based indie pop group FEAR OF MEN are about to release their new LP Fall Forever on June the 3rd. They’ve already given us a catchy first single called Island, just to take a darker turn with the second one. Trauma comes with a visually impressive video featuring a looooot of black coloured body painting while singer Jessica Weiss performs the track on the most fragile way.