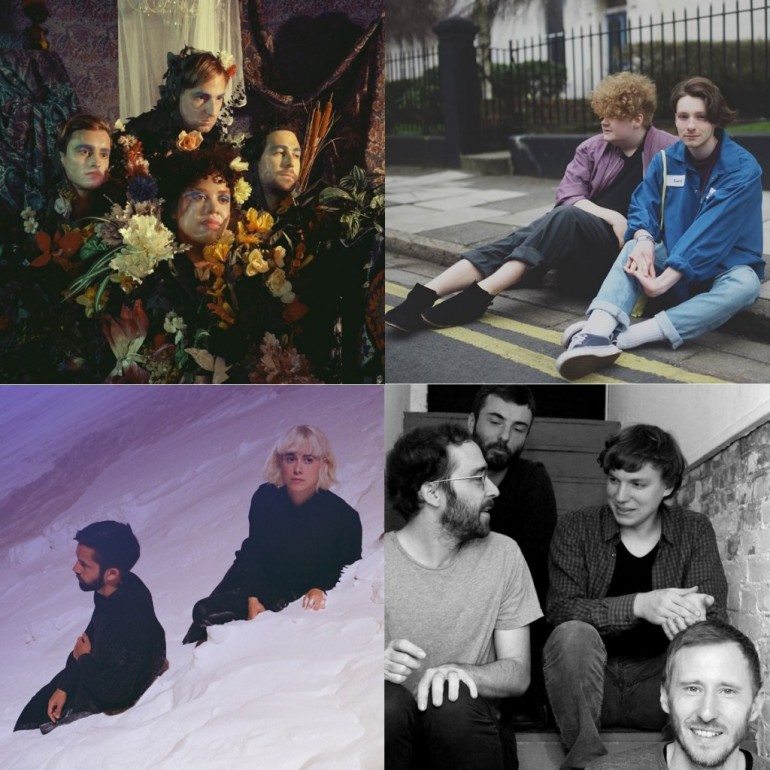 Hello there, ODD BEHOLDER. Daniela Weinmann and James Varghese deliver really sweet and tender dreampop with their latest single Landscape Escape. That sort of fragile beauty that makes you close your eyes, stop the time and forget the daily race. The EP Lighting arrives next week – on May 13 – via Mouthwatering Records and we hope to get more from this fascinating two-piece soon.

Remember the aerobics action of ERIC PRYDZ’ legendary 2004 music video Call On Me? Well, looks like Norwegian wave pop shootingstar GUNDELACH created a more stylish version for his latest video Fjernsynet. Sexy and sensual body work right next to the beautiful Scandinavian landscape? You can’t say no to that combination. His self-titled EP arrives on May 13 and following the previously released Alone In The Night we’re really looking forward to it.

The Land Below – ‘This Boy’s In Love’ (The Presets Cover)’

Has it already been eight years since Australian synthpop sensation THE PRESETS released their stunning pop tune This Boys’s In Love? It might be one of the most underrated pop songs of the last decade and thank god, Swedish songwriter Erik Lindestand aka THE LAND BELOW is here to remind us of its beauty in the form of this freshly released and truly hypnotizing cover version which you should not miss right here.

Just in time for summer’s final arrive here in Berlin, German/Swedish independent rock outfit 1000 GRAM have unleashed a new music video. Mc Hale is taken off the band’s new EP Grebbestad which arrives this Friday on may 6 via Fixe Records. And just like last year’s Anti Hyzer this tune spreads sweet lo-fi indie vibes with a certain SMITHS vibe we always enjoy.

Touring with MØ is probably pretty great, and London band NIMMO certainly seemed to think so. The group, who initially started off as a collab between childhood friends Sarah Nimmo and Reva Gauntlett, before bulking up to a five-piece act, spent time on the road with MØ and Years & Years earlier this year, and it’s clear that Karin Marie made a big impression as NIMMO decided to cover her most recent single Kamikaze. They take the track in a more straightforwardly clubby direction than MØ‘s original, replacing its manic-jerk rhythm with a steadier, driving beat. Check it out below, and listen to NIMMO‘s most recent release UnYoung here.

‘There is a 5th dimension beyond that which is known to man, this is not it’, said Liverpool band HER’S when announcing their new track What Once Was, and after spending a scandalous amount of money hiring the boys from the Large Hadron Collider to come in a take a look at the some, we can confirm that it is in fact not the 5th dimension. What it his however, is a lovely drifting dream-indie tune, with a subtle groove that snakes inside your skull until you realise you can’t stop listening. What Once Was is out now as part of a double A-side single (backed with Dorothy) on Heist Or Hit.

Fans of powerful garage rock, are you with us on this? WEAVES is a brand new band from Toronto and their self-titled debut arrives on June 17 via Kanine/Buzz Records/Memphis Industries. And it looks like they had a pretty good time filming their latest music video One More in New Mexico. This is just the right amount of feel god vibes we need today.

The new MARISSA NADLER record is approaching soon and since we already recommended a previous track from it we thought we might just give you the heads up regarding a second one. Katie I Know you spreads the expected sinister songwriter pop magic we’ve come to love from the talented lady. The new album Strangers arrives on May 20 via Sacred Bones (USA) and Bella Union (rest of the world).