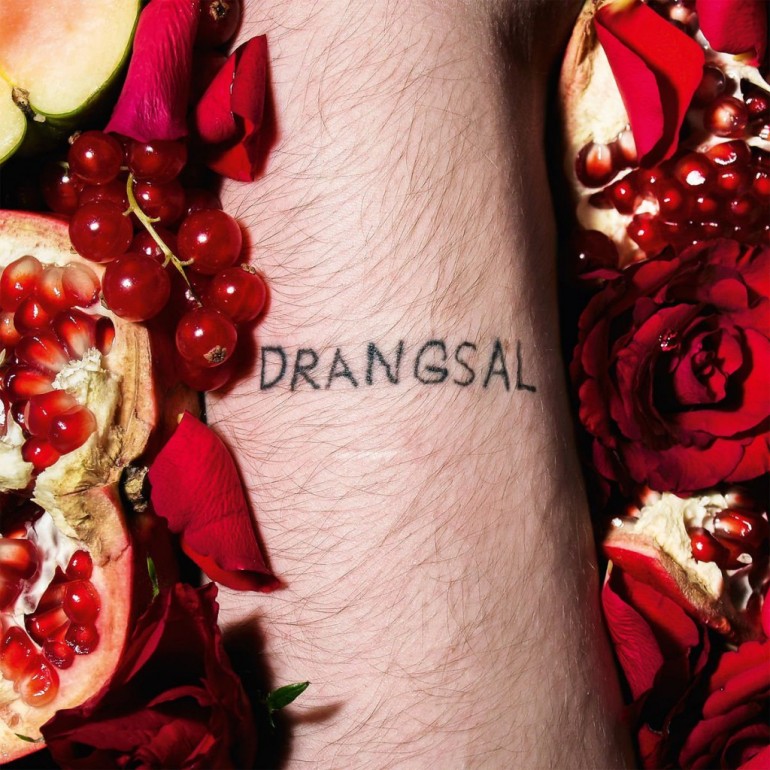 In September last year I attended a one-day festival that took place in a literary museum in Oelde, that is, in the middle of nowhere. This place, equipped with fascinating old books, lets you plunge into the depths of history. Outside, you find the buildings surrounded by untouched nature. In retrospect, Max Gruber and his live band who form new pop sensation DRANGSAL fitted perfectly well into that somewhat contradictory scenario.

DRANGSAL’s debut record Harieschaim – its title referring back to Gruber’s hometown Herxheim – is deeply rooted in 80s wave and post punk. The album opener Allan Align and last song Wolpertinger whose demos were long available prior to the release of Harieschaim on SoundCloud form the frame of Gruber’s long-awaited debut. Growing up near Landau, the now 22-year-old met SIZARR and made friends with producer Markus Ganter both of which participated in making a record that sounds astonishingly skilful and fresh alike. Despite the record’s conciseness as it takes only 30 minutes from start to finish, Gruber still finds time for excellent instrumental passages in songs like Hinterkaifeck or Love me or leave me alone. What’s even more impressive is that it doesn’t matter whether Gruber sings in English or German. Both works equally well. Although his singing is emotional and distinctive, the true star of the record is its music. At the moment, there is no one sounding quite like DRANGSAL who transports the sound of 80s acts like PREFAB SPROUT or THE SMITHS into the here and now while still appearing modern and relevant. (Chris Hegholtz)

Andy Stott – ‘Too Many Voices’ 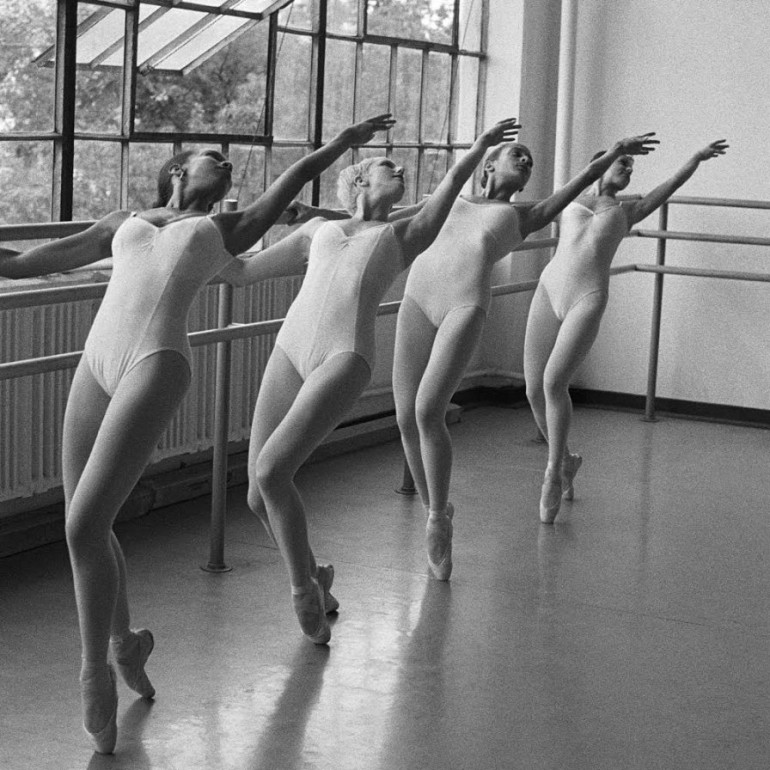 Mancunian producer ANDY STOTT has always been a special character whose releases made it really hard to limit his sound to just one genre. Yes, you can describe it as electronic music in a wider understanding but aside from that the young gentleman slowly but steady morphed into a figure of its own. Too Many Voices, his fourth full-length, continues the path of 2014’s Faith In Strangers and extends the sound of Mr. STOTT beyond his familiar borders. It still got that ghostly darkness that is a crucial element of his releases but aside from that it takes a slightly lighter turn than Faih In Strangers which was dominated by noisy distortion. Too Many Voices takes a more tender turn, although it always embraces the chaos right next to the sinister beauty. The opening piece Waiting For You with its uncontrolled bleeps and sounds is a fitting example for this direction. ANDY STOTT is constantly looking for ways to disturb a fragile hypnotic peace within his music. That’s why a song like the (at least to certain point) bright Forgotten allows itself a few atonal twists in the middle, just to mess with the listener.

Aside from that, ANDY STOTT surprises with a few new aspects. Butterflies got an almost R&B sounding like vibe while Selfish delivers almost APHEX TWIN-like metallic beats. A track like New Romantic with its 80s references might even got a certain pop appeal. Still, the British artist is at its best when he drifts into the abstract, like on Over and the title-track which once again features longtime collaborator Alison Skidmore as sinister vocalist over reduced synthetic string patterns. Inspired by the fourth-world pop of Japan’s Yellow Magic Orchestra as well as contemporary Grime sounds, Too Many Voices showcases ANDY STOTT‘s insatiable hunger for electronic adventures. This LP might be his most reduced one so far, making it feel like every element is exactly at the place it should be. STOTT remains one of electronic music’s most interesting characters; a restless innovator that deserves the full attention of every music lover. (Norman Fleischer) 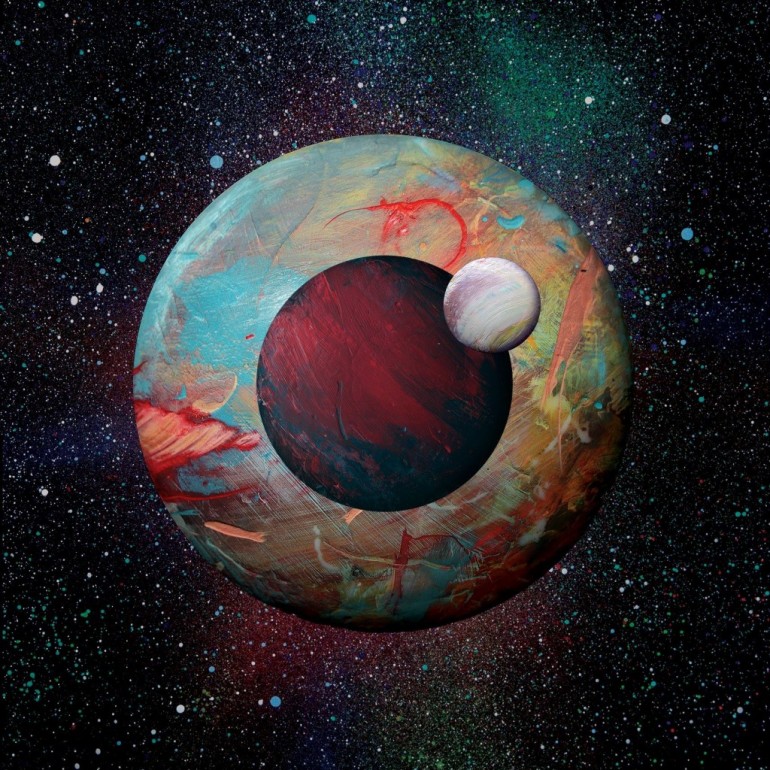 It’s hard not to fall in love with ALICE PHOEBE LOU’s music. Maybe it’s blend of her gentle voice and the soft strum of the guitar mixed with an assortment of other instruments that just have this magical touch that just hits the right spot. Honestly, the Ms LOU has really out done herself with her newest LP Orbit – serene, melodic, dreamy tunes that fill you up and take whisk you away. Perfect for those lazy Sunday’s – where one turns on a record in the morning and could just leave it on repeat all day – to those sultry summer evenings – sitting with friends while enjoying those last warm rays of sunshine while just appreciating life as it is – Orbit is divine.

However, through the haze of the dreaminess of the album, the lyrics in songs like Society touch on harder subjects like public self image and how we bend and change ourselves to fit into a fixed ‘normality’. Still, this doesn’t damped the mood of the album at all but merely adds to it’s flavour. The majority of the songs have a lighter note to them and the song Orbit for example, really makes you forget for a good six minutes where you are and what troubles you might be facing. The South African singer-songwriter who is often found basking on the streets of Berlin has created a little safe haven masterpiece with Orbit – a more fitting album title couldn’t have been chosen for this collection of songs – and it really is a an album fans both new and old will appreciate.(Marla Geesing) 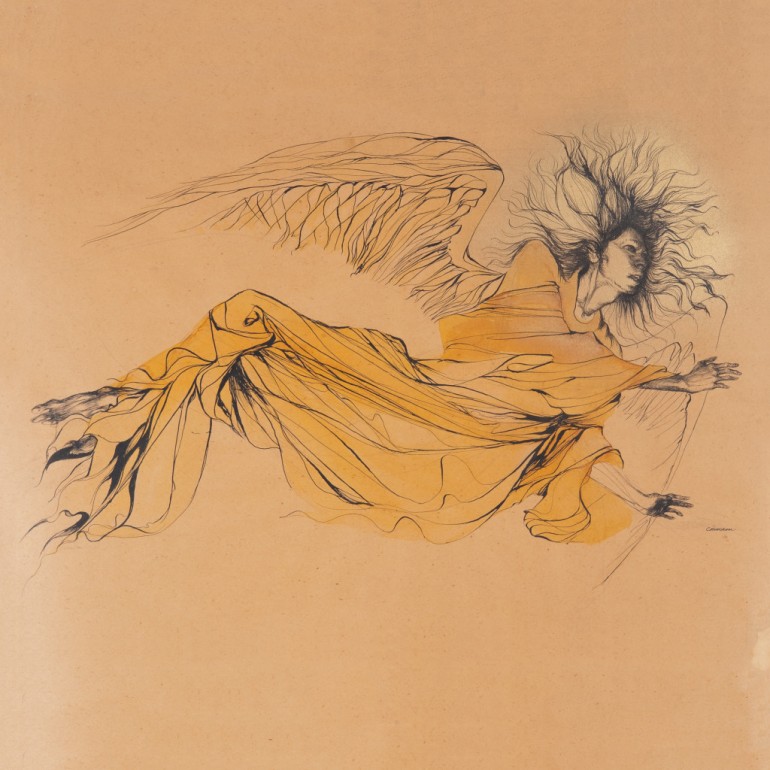 Anything but ordinary. Norwegian singer SUSANNA is looking for a lot of things, simple success is not one of them. Triangle is soul music for lost souls, an album that challenges its listeners. The crafted songwriter doesn’t take the easy part, stretches an impressive amount of 22 songs into a 70-minute long record. On it, the young lady re-examines her own relationship with spirituality, belief and superstition; something she just did in a guest essay for NOTHING BUT HOPE AND PASSION as well. The accompanying album is a journey into a ghostly world of nocturnal chansons. Recalling the Nordic darkness of other songwriters like BJÖRK or her dear friend JENNY HVAL this album takes you on a journey.

Songs like We Don’t Belong, Fear and Terror or Burning Sea unfold their ghostly beauty on reduced piano play while the chanteuse acts as the tempting siren that wants to take the listener right into the heart of darkness. The musical environment might differ – from tender electronic beats (Hole) to a more blues and jazz-sounding theme (Born Again). Sometimes the songs on Triangle feel more like sketches than traditional structured pieces, sometimes they are slightly atonal (Decomposing) and hard to define but that’s what SUSANNA is aiming for. You need to take your time to explore Triangle. This is not ‘easy listening’, it’s an adventure and everybody who likes challenging and arty pop should join that spiritual journey. (Norman Fleischer) 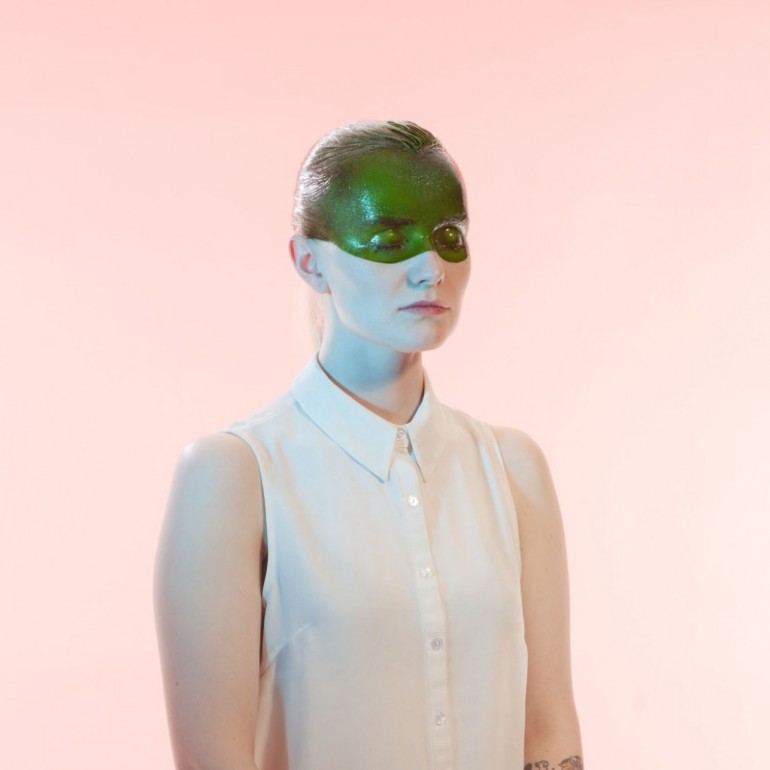 Adrian is already the second album from THE HEARING, the alter ego of Helsinkian musician Ringa Manner. Although she’s not that big yet, Mrs. Manner is far from being just a newcomer since she already done about 150 shows around the world in it’s nearly four years of existence. She really played everywhere from small and uncompromising art music festivals as Kuudes Aisti in Helsinki to opening up for Jared Leto’s stadium rockers 30 SECONDS TO MARS.

THE HEARING‘s second LP Adrian feels more complete and somehow wiser than the 2013 released debut album Dorian. Ringa’s voice and its expressiveness mark the core af this beautiful album where FUTURE ISLANDS and M83 are the influences that emerge the most. Straight Teeth and Robot vs. Human Heart are probably the most beautiful songs on Adrian, which feels like an album that flows from the beginning to the end reaching a high quality and an exemplary good sound. Electronic sounds that flirts with pop and a delicate voice don’t always guarantee a good job but THE HEARING is able to combine them in a beautiful way: the result is a very good album for all lovers of sweet and sensual dreampop. (Fernando Rennis)